Those of us in the U.S. woke up this morning to the news that the Cannes Lions International Festival of Creativity— initially postponed from June to October—has now been canceled altogether. I believe that decision was a mistake.

Before I explain my point of view, I want to caveat this entire article. The only thing that actually matters right now is people’s health and safety amidst the global pandemic. McKinney has amazing people based in Dallas, Durham, LA, and NYC—cities that are being significantly impacted in very similar and very different ways. We have clients across the country, and our parent company has offices around the world. We all have family and friends who are scared, have fallen ill and are on the front lines as first responders and health care workers. My brother and his wife welcomed their second child into the world a few hours ago, and though seeing pictures of them holding their newborn while wearing surgical masks is sobering, it’s also a reminder that good things are still happening.

Back to Cannes. I agree with canceling the festival itself, as it would be impossible for most companies—regardless of their size—to justify the expense in the fourth quarter of what is a very financially challenging year. Other than a small percentage, everyone in our corner of the world—agencies, clients, media owners, production companies—is taking a hit to their revenue, just like the tens of millions of small businesses in this country. Canceling the event was essentially a no-brainer, and announcing it this far in advance was certainly helpful.

That leaves the awards. There’s always discussion about how Cannes has changed, and plenty of debate about how much awards matter, period. I, for one, have found myself on different sides of the latter debate at different points in my career. But as we all look forward to some sense of normalcy returning later this year, Cannes Lions was on that list. Seeing the best work from around the world—whether it’s positive and uplifting, humorous and quirky, or serious and reflective,—is always inspirational.

Many of the talented creative thinkers in our industry look forward to holding their work up against that of their peers, and with a little luck, getting recognized for all of the effort they’ve put into making a difference for their clients. And while advertising and media budgets are getting cut for now, there was still a lot of great work from the previous six months that should have been given a chance to shine, not to mention some of the smart and touching creative that we’ve seen in the past few weeks.

Instead of canceling the awards, I wish the Cannes Lions organizers had moved the judging to a purely online process. They could have extended the timeline for judging, making it a welcome respite in the judges’ days and weeks. A virtual awards show could have been, in and of itself, a demonstration of creativity. And as Cannes Lions has led the way for so many years with literal stages, it could’ve led the way digitally.

The announcement today could have been that the show was moving to a virtual event, and the organizers, along with the creative community, could have figured it out. And I stand by the assertion that in the back half of this year, those in our industry would have been happy to see this taking place, even in a greatly reduced form. Because the virtual event would have focused squarely on the entries, with the by-product being Cannes Lions resetting itself as a creative showcase in its purest form.

To reiterate, this isn’t my primary concern, nor is it close to being on a list of priorities in the near term. While my only focus right now is working with my McKinney colleagues to guide our families, our business, and our clients through this pandemic, I was simply disappointed to read the headlines this morning. I’m sure this wasn’t an easy decision for the organizers, but I believe it was a missed opportunity.

And now back to what really matters to me today: pictures of my new niece. 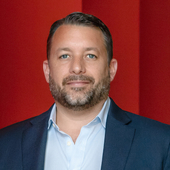 Joe Maglio is CEO of McKinney, an ad agency with offices in New York, Los Angeles and Durham, North Carolina