Daniel Edelman, who built the largest independent public-relations firm in the country, with clients featuring the Toni Twins, Morris the Cat and the Butterball Turkey Talk-Line, died this morning of heart failure at the University of Chicago Medical Center. He was 92. 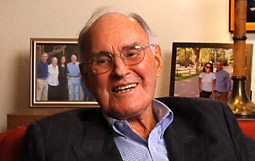 Mr. Edelman didn't invent the publicity stunt but cultivated all sorts of new possibilities for it at the dawn of the TV age. He was a pioneer of integrating public relations into marketing campaigns to sell products. One of his fixations was treating corporate anniversaries, even odd-numbered ones, as newsworthy.

With more than 4,500 employees in 65 cities around the globe, Edelman has represented prominent brand names such as Walmart, Starbucks, Burger King, Microsoft and Pfizer, and owned specialty firms ranging from advertising, research and medical publishing to sports sponsorship and entertainment.

After six decades, the firm was still run by an Edelman -- Daniel's son Richard, who is the New York-based CEO. A daughter, Renee, and another son, John, also work at the firm.

"Every conglomerate tried to buy him," said Thomas Harris, who started at Edelman in 1957. "I don't think the money meant that much to him. He wanted to be bigger, stronger and better -- that was his motivation."

Mr. Edelman, who came to Chicago in 1948, told Crain's Chicago Business in a 1987 interview: "I have no desire to be a PR firm of someone else's ad agency." He considered but passed on opportunities to take the company public. Outside of family and, perhaps, tennis and opera, business was Mr. Edelman's life.

"He was totally -- totally -- consumed by his work," said attorney Newton Minow, who recalled that he couldn't get Mr. Edelman, then in his 80s, to take on an outside commitment. Edelman alumna Mica Matsoff, director of communications for Gov. Pat Quinn, said, "You never knew when he'd walk into a meeting."

Ron Culp, who was Sears Roebuck & Co.'s senior VP-public relations when the retailer hired Edelman in the 1990s, says Mr. Edelman had a Clintonesque ability to schmooze and connect. "He knew as much about your company and your personal interests as many of your best friends."

Mr. Edelman's driven personality, however, motivated a number of associates to leave the firm -- some with the skills to run their own shops.

"It was the incubator for PR in the city," says alumna Rita Dragonette, president of Dragonette Career Strategies in Chicago. "He was not necessarily as diplomatic with his employees as he was with his clients. We had some rocky times."

Those rocky times especially tended to occur when pitching a proposal: "Before you walked out the door, he was critiquing it. He did it in the pursuit of quality, but from an employee's perspective, it could be demoralizing." Any event or trip was an opportunity to cultivate a new client. Mr. Harris remembers being in Cleveland for his grandmother's funeral in the late 1950s when Mr. Edelman asked him to call on Robert Pritzker, then living in Oberlin, Ohio, and putting together what became the Marmon Group, which grew into Chicago's biggest privately held company. 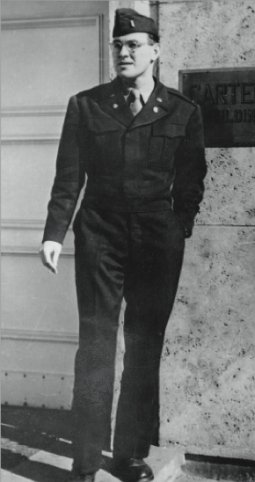 Edelman steadily diversified its practice, representing the country of Finland in the 1960s and the owners of the supersonic Concorde airliner in the 1970s. The firm handled PR for CBS in the 1980s, when the network was accused of libel by Gen. William Westmoreland. In 2006, Richard Edelman apologized for not disclosing that two bloggers writing testimonials about Walmart were paid by Edelman.

Born in Brooklyn, N.Y., Daniel Edelman was briefly a writer for CBS Radio before becoming a publicist at his brother-in-law's record company after World War II, in which he helped to assess war propaganda. One of the company's recording artists was Mel Torme, whose radio show was sponsored by the Chicago-based Toni Co. Toni was revolutionizing hair care with its home perm kits.

Owners Neison and Irving Harris lured Mr. Edelman to Toni and to Chicago, where he launched a nationwide traveling show, making celebrities out of six sets of twin models. Half of the models boasted a Toni while the others had more-expensive professional perms.

At the first stop, in Oklahoma, two twins were arrested and thrown in jail for not having a license to practice cosmetology. When Mr. Edelman got a call from the authorities, he immediately alerted the Associated Press. The women made news all over the country -- a perfect, unplanned PR coup.

The campaign convinced Mr. Edelman he could handle additional clients, and in 1952 he opened his own shop with three employees down the hall from Toni's Merchandise Mart headquarters.

Steven R. Strahler is a writer for Crain's Chicago Business

Steven R. Stahler
View all articles by this author