The Publicis-owned comms firm that reps Saudi Arabia: 'We take the situation seriously' 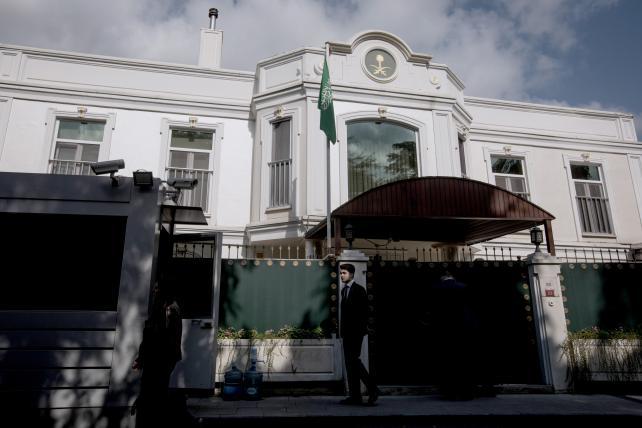 The corporate parent of Qorvis Communications, which has a longtime relationship managing PR and government relations with Saudi Arabia, says it's concerned about circumstances surrounding the disappearance of journalist Jamal Khashoggi and is "watching them closely."

Khashoggi was last seen in public entering the Saudi consulate in Istanbul on October 2, prompting allegations by Turkish authorities that the journalist was killed by Saudi operatives.

The Publicis Groupe-owned shop is part of PR network MSLGroup, which issued a statement to Ad Age Monday night.

"One of our PR units, Qorvis Communications, manages an ongoing public relations and government relations campaign supporting the business, culture, energy and counter terrorism efforts of the Kingdom of Saudi Arabia," it reads.

"MSL is very concerned about the developing circumstances regarding the disappearance of journalist Jamal Khashoggi in Turkey and are watching them closely. We take the situation seriously and wait for all the facts to become known."

In recent days, leaders including JPMorgan Chase CEO Jamie Dimon and chief executives of the Blackstone Group and BlackRock have canceled plans to attend an investment conference in Saudi Arabia next week.

Publicis Groupe bought Qorvis Communications, the D.C.-based public affairs and crisis agency known at the time for taking on controversial foreign government clients, in early 2014. The shop has worked with the Kingdom of Bahrain and the Kurdistan Regional Government of Iraq, but a spokesman said neither is a current client of Qorvis.

Qorvis' website said it works with the Saudi Embassy to "affirm the importance of the Saudi/U.S. relationship." It says Qorvis has worked with the embassy since 2001 on media relations, advertising, government relations, grassroots action, and social and digital media.

"The overall objectives are to reach out to the media with factual information and provide access to Saudi officials; promote Saudi Arabia as an ally in the war on terrorism; meet with key lawmakers on the Hill, as well as within the administration, to emphasize Saudi Arabia as a strategic ally; and educate the American people about Saudi Arabia and the region," the website says.

Publicis Groupe did not immediately respond to a request for comment on the relationship.