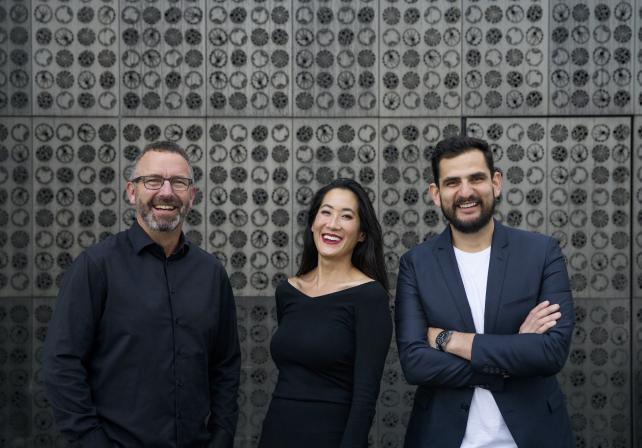 It's the latest in a series of agency startups that have mushroomed onto the scene, many promising marketers a new focus on solutions.

"We hear over and over that the AOR is going away as they've become associated with being lazy and complacent," says Warren, who previously opened two San Francisco shops, Argonaut and Eleven, and worked as a marketing exec at IBM. "We intend to be the opposite—it's about being proactive and collaborative and building trust and respect. New agencies are en vogue because clients are not getting senior-level leadership."

Rizuto, who said last summer that he was leaving 180LA, says the name was at first a literal placeholder. But it began to seem like a good representation of the planned M.O., he says. The San Francisco-based agency says it will bring an agile, formula-free approach to addressing marketers' problems, using an intentionally diverse staff and skillset.

"Other agencies may come right out with a strong point of view, but we are 'to be determined,'" he says. "It's not that we don't know what we are doing—we may not know right now, but we'll figure it out together, with the client. This strong partnership is lacking in our industry right now and clients are losing trust in agencies."

The partners see diversity as one of the company's key differentiators. As they staff up, they say they'll become as diverse as the job requires—whether it's with staff who are "fixed, borrowed or rented," Rizuto says.

A Brazilian native with a global creative upbringing, Rizuto is known for non-formulaic creative work, evident in campaigns like "Boost Your Voice," which turned Boost Mobile locations into voting stations for underserved communities and won two Grand Prix at Cannes. At Ogilvy Brasil, he was part of the team that came up with the idea to put recipes on grocery store receipts, for Hellmann's. And at Pereira & O'Dell in San Francisco, he worked on Coca-Cola's biggest Latin America push at the time, a series of short films about friendships directed by Dustin Lance Black.

Wang's career has afforded her multiple perspectives on the marketing process: She's a former strategist at shops including Goodby Silverstein & Partners and DDB New York, worked client-side at Electronic Arts and MTV, but also got a taste of solving brand problems from a design-consultancy point of view at Ideo.

"Looking at it from the agency side, we were so downstream we were really disconnected from the challenges clients were facing," Wang says. "By the time the issue came to you, it was just too far downstream and it was like slapping chocolate ganache on a half-baked bad bodega cake mix cake."

Then, after seeing things from the consulting and design side, "It gave me an understanding of what clients really need in terms of collaboration," Wang says. "The disconnect for me was that we would come up with these very disruptive visions and blueprints for solving a company's problem. But when we'd hand it off to others, you saw a real break. It's like we created a gorgeous Martha Stewart cake and someone slapped crap on it."

TBD does not have clients yet. "We've taken on a partner [Hasan & Partners] to give us runway and patience to be really thoughtful about our first partners," Warren says. "We're being very thoughtful and purposeful about clients—we don't want to launch by grabbing the liquor store across the street."