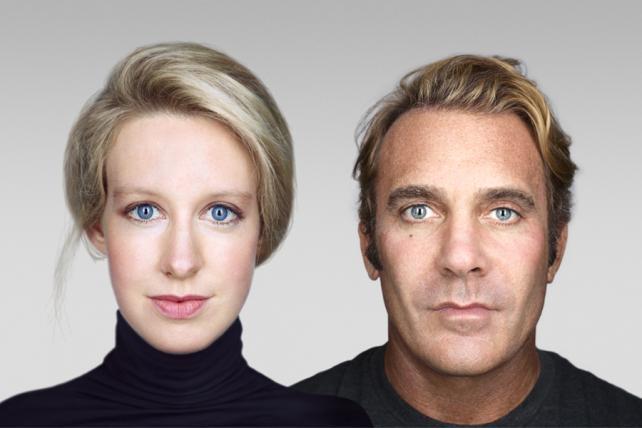 Former TBWA/Chiat/Day Executive Creative Director Patrick O'Neill has been named Chief Creative Officer at Theranos, the Silicon Valley startup that has been generating buzz in the medical world for its innovative approach to laboratory testing. Theranos' technology allows patients to be diagnosed from a single drop of blood, versus the multiple millileters that are the blood-testing industry standard.

The company was founded 11 years ago by 30-year-old Elizabeth Holmes, when she dropped out of Stanford at the age of 19 to focus full-time on developing the Theranos technology. Now a 500-person organization that according to a recent report in Fortune is valued at more than $9 billion, Theranos has been steadily gaining attention since the fall, after it opened 20 wellness centers where consumers can get its testing in Walgreens outlets in Palo Alto and Phoenix. It's now poised to more actively promote its mission, which, according to Ms. Holmes, is to equip consumers with affordable, accessible health information so that they're able to act on it in a timely and effective way.

Ms. Holmes named Mr. O'Neill CCO after her experience working with him at TBWA/Chiat/Day. Theranos had previously worked with the agency on brand positioning, but no official campaigns. Ms. Holmes said she considered a number of candidates for the post, but in Mr. O'Neill she found a kindred spirit whose personality and past work really connected with the company's mission statement.

"We looked at who would be the best person for this role," said Ms. Holmes. "I wanted to have someone who really understands what it means to engage the individual, empower the individual with information and connect people in ways that have to happen to see the changes we'd like to see in the healthcare system."

Mr. O'Neill worked for more than a decade at TBWA, where he oversaw campaigns such as Visa's long-running "Go World" for the Olympics, the celebrated "Replay" campaign for Gatorade and integrated efforts for the Grammys that helped propel the event into the social spotlight. He also oversaw an out-of-the-box content push for arts organization Pacific Standard Time that paired pop- culture celebrities like Ice Cube and Jason Schwartzmann with designers and artists such as the Eames and John Baldessari. Mr. O'Neill has pioneered LGBT-themed creative and launched the first TV commercial for Ikea to feature a gay couple, as well as Absolut's National Coming Out Day campaign, "Absolut Out."

According to Ms. Holmes, having a chief creative is key to the company's success. "The role of creativity is so deep in our organization in every area," she said. "It's inherent in the way we invent new solutions to real and very deep problems that people have, and it's inherent to the approach we take to solving problems in the context of our own mission."

At Theranos, Mr. O'Neill will run a team to create everything from traditional communications, digital, branded content, social as well as experiential.

On the marketing front, "for our first ten years, we were deep in stealth mode," said Ms. Holmes. That changed with the fall rollout of the Theranos wellness centers, which by week's end will be in 30 Walgreens outlets. The company's goals for the centers are transformative -- it wants to turn an experience that most people could consider akin to a trip to the DMV, to one more comparable, perhaps, to walking into a spa or an Apple store. So far, the results look good, with some patrons describing going to the centers as "fun," said Ms. Holmes. "We've worked to build an environment that people want to go to, with waterfalls and bamboo trees," Ms. Holmes said. "We think about that retail experience as a core element of our product and service."

"We've been looking to define a new category, consumer-healthcare technology," said Ms. Holmes. "There are all these great consumer tech products that people have fallen in love with, but that has not happened in healthcare. There's opportunity to create a product that people can really connect with. " 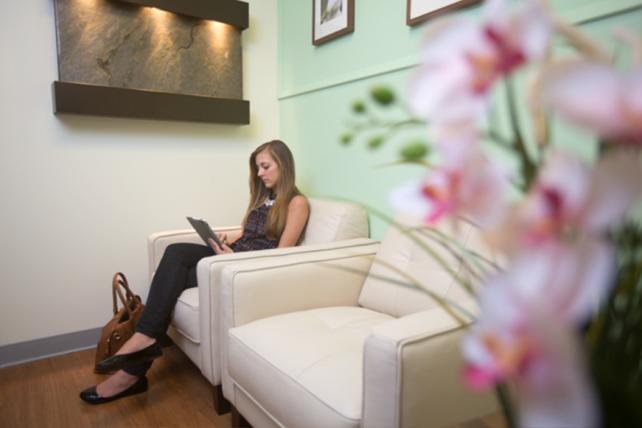 One of Mr. O'Neill 's key tasks will be to continue developing the centers. The plan is to open them all across the country and to have a center within five miles of anyone's home.

He will also oversee all of Theranos' experiential design, which extends to the company's new Palo Alto headquarters, set to open at the end of the year. Mr. O'Neill and Ms. Holmes commissioned Clive Wilkinson, the creator of The Barbarian Group's "Superdesk" and TBWA/Chiat/Day L.A.'s Playa Del Rey headquarters, to design the architectural interiors and aim to create a space that physically will communicate the company's mission to both its own employees, and anyone who walks through its doors.

Another of Mr. O'Neill's tasks will be to build his team (he's posting jobs on LinkedIn as of today), which he shies from calling an "in-house creative group" because "that doesn't describe it," he said. "I need to find people with the right characteristics and talent on both a professional and human level," he said. "They will not only be excellent at what they do, but they will believe in our message and have an empathetic and optimistic core that is undeniable."

On the advertising and marketing front, Ms. Holmes and Mr. O'Neill said the next big thing we see won't be in the traditional vein, and communications going forward will center on the company's mission to promote affordable, accessible health data as a consumer's basic human right.

As for leaving the agency world, Mr. O'Neill said, "I've run the gamut and worked at private companies, public ones and freelanced. I felt it was time to do something that put others first, and instead of dedicating my creativity to getting people to buy products they may not need, I'm devoting it to promoting something that everyone needs."