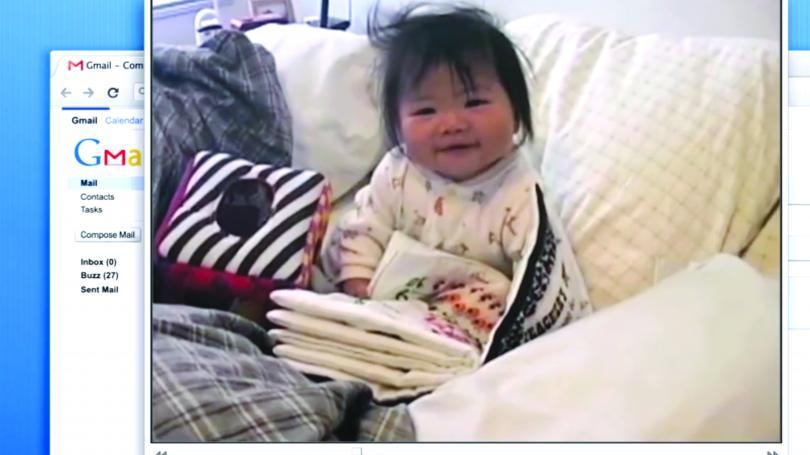 'Dear Sophie' is a Google collaboration with BBH.
Credit:

Adland has long emulated Silicon Valley's winning traits -- from its startup mentality to its ability to pivot when an idea fails or needs tweaking. Now tech giants are turning the tables on Madison Avenue. As more creatives take their skills over to the client side, companies such as Google, Facebook and Pinterest are leaning on expert in-house content capabilities. Some produce their own promotional work, others provide creative branding solutions and a few are diving into campaigns and refining what traditional shops are doing.

Search giant Google was among the first to begin draining the agency talent pool. During the 2010 Super Bowl, "Parisian Love," a sweet spot that told a romantic tale entirely through words typed into a search bar, premiered. Many were surprised to see Google advertising at all, others were impressed it had used such a big stage. The ad community sensed a shift when it learned the company had created the ad internally.

The team behind it, the Google 5, had been recruited out of ad and design schools by Creative Lab -- Google's internal shop -- which had previously worked on more experimental and interactive work. Now, it had made a very loud entree into the ad business.

Still, the industry was not immediately threatened -- perhaps "Dear Sophie," another Google tearjerker -- served to placate it, because Creative Lab collaborated with ad agency BBH on that one.

Now, however, other major creative and digital platforms are following in Google's footsteps.

Facebook has taken some of its communications into its own hands. Though Wieden & Kennedy remains its agency of record, the social network has also created The Factory, a 50-person internal creative team under head of brand marketing Rebecca Van Dyck and Executive Creative Director Scott Trattner. Both come from agency backgrounds -- in a past life, Ms. Van Dyck handled accounts at Wieden & Kennedy. Prior to that, she had been at Chiat Day New York. Mr. Trattner joined the Facebook team from 72andSunny after nearly a decade with TBWA Media Arts Lab.

The social network's "Just in Case Studies," created by The Factory and released in early December in the U.S. and Canada, provide creative explainers of Facebook functions for consumers.

Over at Pinterest, Head of Brand David Rubin, formerly of Unilever, leads a 20-person team tasked with accelerating the platform's growth. The group creates branded content around holidays, for example, and launched a global campaign with the theme "living the year you want in 2015" to expand the site's international audience. The company operates sans agency and has its own production capability. When it does outsource those duties, it provides the artistic direction.

Pinterest sees no reason to hire an agency. Mr. Rubin cites the company's young age, as well as founders Ben Silbermann, Evan Sharp and Paul Sciarra's vision for the brand they want to build. "They made an investment to define it from inside," he said.

Some tech and digital platforms are going beyond self-promotion and tapping creative talent to work directly with brands.

Twitter operates a brand-management team that advises marketers on strategy and creates content for them. Led by an ex-Google and YouTube strategist, Director of Brand Strategy Ross Hoffman, the group worked closely with agency 180LA and Hewlett-Packard, for example, to make an ad made entirely of Vines. The Twitter brand team also crafts clever tweets, videos and GIFs for clients. Likewise, the Zoo at Google, which is separate from Creative Lab, advises brands and their agencies on how to use Google products. Torrence Boone, Google's head of global agency sales and services (an ex-agency man himself, having spent years at Digitas), is looking to infuse digital- and tech-based thinking earlier in the campaign process. "Creative technology and a more sophisticated understanding of our products and offerings, as well as execution, is the secret sauce," he said.

The transition is not without its challenges. Even Mr. Trattner admits to having experienced a culture shock going from an agency to Facebook. "I felt like a beginner again, which was a little scary," he said.

Still, the opportunity can outweigh the initial growing pains. In The Factory's case, he and Ms. Van Dyck looked to combine the best of both worlds. "[We're honoring] all the great things that agencies have honed over years while trying to mash that up with the awesome culture that Facebook has built," said Mr. Trattner. The trick is to stay true to the ideas in order not to fall into the in-house stereotype trap, where creativity and quality could be compromised.

If anything, the team has learned to emulate some of the more tech-centric divisions, from engineering to product design, and their practices.

"We iterate fast, at times prototype, and try not to be too precious," said Mr. Trattner. "Although we all acknowledge that's tricky at times."