The incumbent was Interpublic's Deutsch, which was eliminated in September 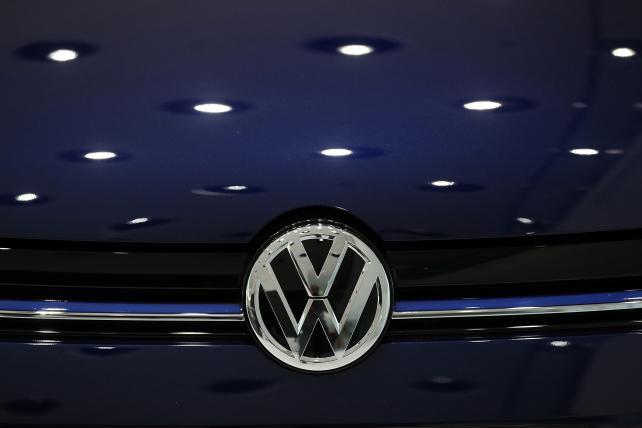 WPP has won Volkswagen's creative account in North America, following a seven-month global agency review. The incumbent in the U.S. was Interpublic's Deutsch, which was eliminated in September after holding the account since 2009. Omnicom will handle Europe and South America, while Cheil will hold onto the business in China. DDB was the incumbent in the key European market.

The automaker announced the results of the review today as part of marketing overhaul that includes a heavy emphasis on keeping costs down. The review covered the automaker's flagship VW brand, not its other nameplates, which include Audi.

VW will says it will "improve its marketing efficiency by about 30 percent by 2020 at the same time as keeping its marketing budget approximately stable at €1.5 billion," according to a press release. The German automaker will centralize its marketing to be run from four main hubs that it calls "powerhouses." They are based in Berlin, New York, São Paulo and Beijing. VW previously used roughly 40 agencies globally.

The four new hubs will include 100 to 200 people in which creative professionals will work on campaigns using a "cross-functional" approach, VW stated in the press release. Omnicom's PHD remains Volkswagen's global media agency.

"Campaigns will be developed globally and be data-driven," Jochen Sengpiehl, chief marketing officer of the Volkswagen passenger cars brand, said on a media call on Monday. "For the first time we now have the capability to run global campaigns."

Jürgen Stackmann, the Volkswagen board member responsible for sales of the VW brand, stated in the press release that VW will be "managed in a leaner, more centralized way."

Volkswagen is the 61st-largest advertiser in the U.S. with $746 million in spending last year, according to the Ad Age Datacenter. That includes $415 million on the VW brand and $146 million on VW-owned Audi. Globally, the Volkswagen company ranks sixth, at $6.74 billion, according to the Ad Age Datacenter, whose latest global spending data is from 2016.

The agency decision means WPP will gain an automotive client nearly two months after it was demoted on the Ford account. The holding company was replaced by Omnicom's BBDO as Ford's lead global creative agency, but held onto responsibilities including media planning and buying, shopper marketing and CRM. Ford is a much larger brand in the U.S. than VW. But the Volkswagen win gives WPP a crack at leading creative for a brand that has a history of making groundbreaking ads.

Europe accounts for roughly 70 percent of VW's global measured media spending, according to the Ad Age Datacenter, meaning Omnicom avoided losing a significant source of revenue. But the holding company lost a chance to make gains in North America. It was the incumbent in Mexico and Canada, meaning it has lost those accounts. DDB Global CEO Wendy Clark was heavily involved in Omnicom's pitch, making multiple visits to VW's German headquarters. The holding company will handle VW via a new bespoke agency team called Voltage that will be led by DDB and include members of Omnicom's PR, CRM and data analytics groups.

VW's new marketing model will focus on increasing the brand's direct, personalized communication with consumers. This was previously mostly the terrain of its dealers. The brand's global website will serve as a key communications channel. By 2020 VW wants to lure 360 million visitors to the site, which would represent a 70 percent increase from 2015.

The automaker also wants to update its look, saying it will roll out a new brand design by the spring. That includes changing the VW brand logo. "We want to become younger, we want to appear more modern and more digital," Sengpiehl said on the call.

In the U.S., the automaker is trying to adapt to the growing demand for SUVs and crossovers. It recently announced it would be ending production of the Beetle next year. And it is trying to lure American buyers with larger vehicles such as the seven-passenger vehicle Atlas Atlas SUV that debuted last year. The automaker also continues to try to repair its image in the wake of the emissions scandal that began in 2015, setting of a PR crisis after the automaker was found to be duping regulators by installing software intended to evade emissions tests for its diesel vehicles.

VW's U.S. brand advertising has changed significantly under Jim Zabel, who was named Volkswagen of America's VP of marketing late last year after a stint as senior VP and managing director of Omni Advertising in Los Angeles. He is said to favor product-oriented marketing. One of the first big campaigns under his watch launched earlier this year for the all-new 2019 Jetta. The campaign by Deutsch, called "Betta Getta Jetta," features close-ups of Jettas, which are put in motion using special effects accompanied by upbeat music.

In a statement issued Monday, Volkswagen of America said: "Over the past nine years, Deutsch has been a tremendous creative and business partner of ours. They have carried on the tradition of great Volkswagen advertising with unmatched passion and dedication. We appreciate all they have done on behalf of this brand. We wish them continued success moving forward."