READ THIS NEXT
The best print, outdoor, design and experiential ideas of 2018: A countdown

An attendee wears a Microsoft HoloLens holographic computer headset during the SXSW in Austin on Sunday.

The only thing cooler than knowing what's big before other people do is being the first to say it's not cool anymore. I find this tedious.

The chorus of "SXSW is over" has been growing, especially in the past couple years. And I get it, 2016's Obama keynote is pretty hard to beat. But since then attendance numbers look pretty solid, economic impact in Austin is up and talent keeps signing on. Only industry snobs look at top tier acts, big cultural moments, and nearly half a million attendees and say "meh."

Like any experience, the expectations you bring into the festival have a lot to do with what you tweet about it later. So, before we count off the reasons SXSW is more important than ever before, let's get a few things out of the way.

Why some folks have SXSW twisted

It's not an app launchpad. Interactive is a crowded space, which means relying on the network effect to organically vault the next big thing into the top ten in the app store is an increasingly unlikely proposition. The app/platform space in general is moving more slowly, too. When people complain that 2017 didn't have a "Twitter moment," I just wonder whether they've thought what exactly they're asking for. The incrementalism brought about by a maturing tech space means big new platforms are increasingly rare, but I think that's a good thing—it gives us all time to sort out what we've got now after all this darn disruption.

It's not an excuse to ball. The FOMO many execs felt by not being on the ground in 2009 to earn that early Twitter adopter pin drove years of ill-conceived spending. Many of the loudest voices saying SXSW's bloom has faded are those who rolled in in 2015 with massive delegations on party buses, who rented out floors' worth of suites. They can't say the excess wasn't worth it, so they need to say it's just not worth it now. If SXSW is synonymous with lavish indiscriminate spending, then yeah let's call it over. But if you're game to score an Airbnb and limit the afternoons you spend splayed out on the Four Seasons lawn…

It's not the only game in town. SXSW was arguably the first big cultural happening to crack the c-suite. "Wait, should we be going to a festival?" But things have changed and even the most serious of businesses have conceded that they need to connect to broader cultural trends in order to thrive. With that, SXSW has become just one date on an increasingly cultural calendar. Some brands and publishers have even looked at the space and decided they'd rather just fund their own event. All this competition is great - to have more choice is a benefit the consumer. But this means SXSW will need to think the way Facebook is now. When you start hitting a natural limit to growth, how do you deepen quality instead of chasing scale?

Why SXSW is important

It's still about the art. Lizzo performed at Vox Media's unofficial SXSW kick-off party. And she didn't just perform. She straight up slayed. Her fans were freaking out, but more importantly people all around me kept asking each other "wait, who is this? She's amazing!" A host of talented artists are creating live murals daily just outside the convention center for Dropbox. The respect for artistry is still real and deeply felt at SXSW, even as attendance has ballooned. And good artists should make good money. The people attending this festival continue to play a crucial role in making that happen by discovering, championing, and connecting artists to new opportunities.

It's the world's biggest "experience" stage. There was a time when just being at SXSW was enough to make companies and sponsors stand out. But swiftly the parties got bigger, the noise louder, and the cost of breaking through soared. That's still a problem, but one that has inspired diversification. Some companies are scaling more intimate and value-forward experiences for selected smaller audiences. The curated and more personal invite-only affair is more popular than ever. On the exact opposite side of the scale, a smaller number of companies are creating bigger and bigger experiences. This year's Westworld experience from HBO is a mix of the two—they brought the actual world of the show to life for a select group of people to experience and tell the world about. As brands push more and more into direct interaction with their consumers, the learnings from SXSW's experiences will enrich our entire industry.

It's a moment to get together. Taking time to meet face-to-face and talk is undervalued, and happening less and less in the daily rhythm of work. The ability to work from anywhere at anytime has innumerable benefits that I don't want to discount, but it also means we're doing less of our jobs through in-person interactions. Conferences and festivals provide an important forum to celebrate a little bit of our humanness even in our jobs.

It's a point of local pride. Sure, when SXSW comes to town Austin runs for the hills. No one blames them. But when talking with locals it's clear how proud they are to share their city with so many people. I sat between two Austinites on my flight in, so I lead with my usual "I'm so sorry for what we're about to do to your city" patter. Both dismissed that pretty quickly. They wanted to find out where I was staying and point me to their favorite spots. Global urbanization is changing cities everywhere, erasing many of their unique differences, but Austin's soul still makes SXSW special.

So, should everyone go to SXSW every year? No. Is it easy to spend a lot of money foolishly here? Yes, and many do. For those who don't want to do the math and figure it out, don't come! There's plenty of us here getting shit done. We're not changing the world one taco at a time, but we've got some cool stuff to do. 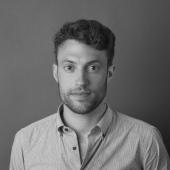 Topher Burns
Topher Burns is head of product and marketing at Collins.
View all articles by this author

The best print, outdoor, design and experiential ideas of 2018: A countdown