The Perils of Generational Segmentation

Marketers Need to Target Based on Mindset, Not Age
READ THIS NEXT
Opinion: Will Sorrell's exit help creativity regain center stage?

Do you know where the names of generations came from? There's a great article in Time magazine about it, but here's a brief rundown:

Notice a trend here? These generations weren't named by the U.S. Census or some vast study of social science. Rather, they were named by writers and marketers to sell books.

So why do we keep using them as targets for our campaigns? Because we're lazy.

It's easier to walk into a meeting and say you're going to target Generation X or Baby Boomers than it is to search for a target based on a mindset that will really make a difference.

When you target based on generations and age, you run into two major problems:

If you were born in 1943, you grew up in the aftermath of World War II and the dawn of the Korean War. There was a very strong nationalism in your upbringing. When you got to college (if you went), you began to witness the Civil Rights movement and saw a major shift in what the face of this country would look like.

Now, if you were born in 1964, you probably don't even remember the Civil Rights movement, but you do remember the Vietnam protests. It and the hippie movement probably shaped a lot of conversations around your dinner table. You left for school in the heart of the '80s. Reaganomics was all the rage, and you saw the height of cooperation in this country's highest offices.

So all that to say, in one generation, you have an extremely different set of viewpoints and upbringing. Talking to one in the same way as the other is probably not going to work for you.

The second problem is, it limits your opportunity. Let's say you're a tech company, and you have to decide who to target with a new groundbreaking smartphone or computer technology. Who do you go after?

A lot of marketers would say you target millennials and centennials (or Gen Z or iGen -- no writer has won the war on what to call them yet). I mean after all, both are more likely to adopt new technology, are more comfortable using it, and are the digital natives of this world, right?

That all may be true. But, I know some boomers who are more tech-savvy than some millennials, and if you spend all your time (and money) targeting millennials with this new technology, you might miss the large number of people over 35 who love to have the newest tech and gadgets.

So what's a marketer to do?

Scrub the data and find a mindset that fits what you're selling. Think about the best ads you've ever seen. For me, my mind jumps immediately to "Think Different," but you can go to any great ad that you've seen. Do you think any of those iconic ads were brought about because they chose to target an age group? Nope.

Those agencies chose to target people on an attitudinal basis, and it worked. That's because when a brand meets you where you are and shows that it not only understands your mindset and values but proves that it has the same ones, you begin to create real connections with people.

Targeting is about mindsets, not ages. 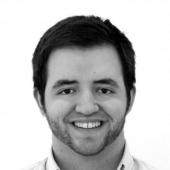