What Transformational Brands Do: Manifesto Marketing

READ THIS NEXT
Opinion: Will Sorrell's exit help creativity regain center stage?
Chipotle's Back to the Start effort and other campaigns that deliver authentic meaning can constitute manifesto marketing, writes Tara-Nicholle Nelson.
Credit: Chipotle via Vimeo

I call it "manifesto marketing" when a company broadcasts the reasons why it does what it does, its values, or its beliefs, incorporating them in its advertising, communications, products or packaging even if -- especially if -- they are not strictly related to the products the brand sells.

You've probably heard Simon Sinek say that people don't buy what you sell, they buy why you sell it. But it goes further: people also buy how you sell it, what you believe, and how you operate as a corporate citizen of this country. Manifesto marketing makes the most of this truth, attracting a tribe of people who agree, whether or not they happen to be in the market for your product at a particular moment in time.

The best-known example of manifesto marketing is the lululemon manifesto, a long list of declarations of the company's beliefs about how to live a long, healthy, life, which is emblazoned on their signature bags and even on some of their products.

But manifesto marketing may also include executive thought leadership on topics that are only tangentially related to the business, such as Sheryl Sandberg's modern classic book "Lean In" and Arianna Huffington's "Thrive." And open letters on subjects that are only distantly related to what the company sells also qualify, such as the "welcome to the world" letter Mark Zuckerberg published when his daughter was born.

And ad campaigns that deliver meaning and messages that are risky, authentic and about subjects way bigger than the brand or the product also constitute manifesto marketing, like Dove's culture-changing Real Beauty campaign and Chipotle's Back to the Start campaigns.

But the newest form of manifesto marketing is something media strategists have long been advising executives about. When controversial political and cultural events take place, every related move a brand makes will be interpreted by eagle-eyed consumers as a statement of their position on the matter.

Catch this principle: consumers will increasingly demand and require companies to take a stand on major cultural and political issues, in addition to providing truly transformational products and services, in exchange for their mindshare, spend, loyalty and brand love. And they will exercise their dollar vote, accordingly.

Here's how this played out in real life recently in the brand battle between Uber and Lyft. When the New York Taxi Workers' Alliance organized a one-hour cab strike at JFK airport, in solidarity with people protesting against Trump's Executive Order on immigration, Uber got rid of surge pricing. The company said it was trying to avoid the appearance of profiting from the immigration ban and resulting protests.

But the internet interpreted the announcement as an effort to break the cab drivers' strike. Within hours, the hashtags #DeleteUber and #DownloadLyft took off.

At the same time, Lyft pledged $1 million over 4 years to the ACLU, and stated boldly, "We stand firmly against [Trump's] actions, and will not be silent on issues that threaten the values of our community."

Lyft started that weekend at #39 in the iTunes App Store. By the end of the weekend, Lyft was in the top 10. That was the first time Lyft has ever surpassed Uber for downloads. Ever.

Risky, but worth it

Lyft's ACLU pledge was not a "marketing stunt," as some have accused. It was bold, principled, and not designed with the first objective of driving sales or business. It was manifesto marketing. Lyft didn't have to say anything on this matter. And they still would have probably seen a bump from #deleteUber. But they took the risk.

It risked losing customers who disagreed, on principle, with the statement of values it made. This risk is real; Starbucks was the subject of a boycott after pledging to employ 10,000 refugees. Lyft made the bold statement anyway, much bolder and more clearly than companies like Google and Facebook were willing to make.

The most powerful manifesto marketing is an ongoing cadence, an accumulation of statements, actions and messages, internally and externally, over time. Everything communicates. Everything. Consumers are watching what you say and what you do, as a company, all the time. And they lean, in general, toward being pretty forgiving of the companies that make truly transformational products, as many had been with Uber before that #deleteuber weekend.

They are forgiving. Until they're not.

Trust is earned in drips and lost in buckets, the old adage goes. It turns out that so are brand love, loyalty, downloads and dollars. 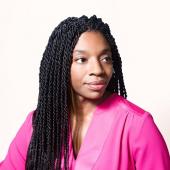