Marketers Should Ask, 'What Can We Do Without?'
READ THIS NEXT
A Few Words About Jack Trout and Positioning
What's the difference between an iPad and a tablet computer? Well, you might be thinking, an iPad is a tablet computer.

Not exactly. If I remember correctly, a tablet computer was a laptop computer with a screen that doubled as an electronic notepad.

You could use a stylus to write directly on the screen or you could type on the keyboard. You could save your handwriting as a visual file or you could convert it into typed text.

The launch was a big deal
Earlier in the decade, the launch of the tablet computer was a big deal. Microsoft invested a reported $400 million developing the operating system and companion handwriting-recognition tools. Fourteen computer makers signed up to produce tablet computers including Compaq, Hewlett-Packard, Toshiba, Hitachi, Fujitsu, NEC and Acer.

"It's the ultimate evolution of the laptop," said Bill Gates. "Within five years," he predicted, "it will be the most popular form of PC sold in America." 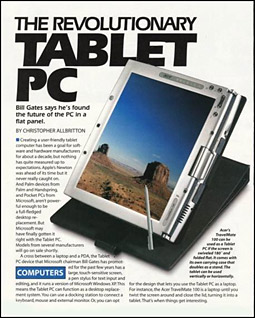 The tablet computer of 2010 is a divergence product. It's as if Apple took a laptop computer and cut off the keyboard and threw it away, then put a handful of the laptop's more important components into the screen itself.

What remained was a new type of computing device. Lighter, easier to use and almost totally focused on the visual functions of a conventional laptop.

History repeats itself
The first computer was a mainframe. Then the mainframe computer diverged into dozens of difference categories including mid-range computers, servers, desktop computers, laptop computers and today's tablet computer.

Almost every product category follows a similar path. Early on, an inventor develops a unique idea and creates an entirely new category -- the incandescent light bulb, for example, invented by Thomas Edison.

As time goes on, the category diverges. And today we have a host of different types of lighting: fluorescent, neon, halogen, LED, OLED and laser, among other types. No convergence in lighting, only divergence.

Some divergence products, of course, are failures, including the original pen computer, although it's likely that someday someone will solve the difficult problem of handwriting recognition and develop a practical pen computer.

Without a keyboard, of course.

What can we do without?
That's one of the secrets to creating a successful divergence product. 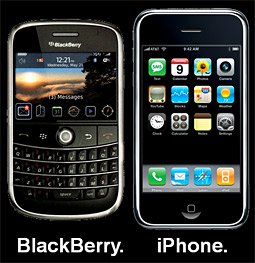 To create the iPhone, Apple eliminated the keyboard used on other smartphones. That doubled the area available for a screen, making the iPhone much more useful as an internet device. (To compensate for the lack of a keyboard, Apple uses a touchscreen. But this was not a new idea, since touchscreen technology was developed in the early 1970s, around the time of the introduction of the first personal computer.)

And unlike what some industry experts have predicted, the iPhone and other smartphones are not replacing the personal computer. Worldwide PC shipments, for example, were up 10.3% in the latest quarter.

I must admit, I didn't think the iPhone would be successful because I initially viewed it as a convergence product, a combination cellphone/computer.

In reality, the iPhone and other smartphones are "divergence" devices. We used to have one type of mobile phone and now we have two types: cellphones and smartphones.

Will the smartphone replace the cellphone? Highly unlikely, since the two types are at opposite ends of the spectrum. A cellphone is a relatively inexpensive device for making phone calls. A smartphone is a relatively expensive device for surfing the internet and sending emails, along with a secondary function of making phone calls. (Many iPhone owners also own cellphones for making calls.)

Study other revolutionary developments and you'll usually find they were initiated by asking the question, "What can we do without?"

King Kullen and the supermarket
Take the supermarket industry, pioneered by Michael Cullen. His King Kullen chain on Long Island in New York eliminated one of the most expensive services of a typical grocery store: the clerks who fetched the products from the shelves at the request of consumers. 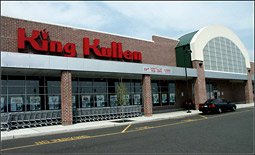 But the self-service feature was only his first step. Without the clerks, it made sense to have much larger stores that were more efficient and allowed even lower prices.

It might seem illogical, but the original supermarket chains carried even fewer items than a grocery store. King Kullen, for example, carried only 1,200 items.

A grocery store felt obligated to carry everything a customer might ask for. With self-service, consumers made choices from what they saw on the shelves. In a way, those early supermarkets were more like Costco (some 4,000 stock-keeping units) instead of today's typical supermarket (with 30,000 to 40,000 SKUs).

Today, the supermarket industry is in trouble. It's getting hammered at the low end by Walmart and at the high end by Whole Foods.

When was the last time a supermarket operator asked, "What can we do without?" Instead, the typical operator seems driven by the opposite question: What can we add to serve our customers better?

A delicatessen, a bank, a pharmacy, a bakery -- you name it. Typical convergence thinking.

What 's a company in business for?
To marry its customers and take care of their every need ... to have and to hold from this day forward, for better for worse, for richer for poorer, in sickness and in health?

It sounds so obvious and so logical that it's a shame to say convergence doesn't work.

Take Kroger, the nation's largest pure supermarket chain, although Walmart has overtaken it in grocery sales.

Ask not what more you can do for your customers. Ask what less you can do for them. What can you eliminate that will help you build a narrowly focused, more profitable brand?

Oddly enough, Walmart, the supermarket industry's nemesis, is also making the same mistake. The chain is repeating what happened to Sears Roebuck years ago. Sears had exactly the same "low cost" position as Walmart before beginning an expansion program that included insurance, real estate and stock brokerage, among other things. "From socks to stocks" was the battle cry.

"From socks to soup," in my opinion, is going to eventually undermine the Walmart brand.

What Apple didn't do
Apple didn't take care of the millions of consumers who were using conventional MP3 players. Instead it focused the iPod on the high end, a thousand songs in your pocket at a much higher price.

Apple didn't take care of the millions of consumers who were using their smartphones primarily as an email device. Instead it introduced the iPhone as a smartphone without a keyboard.

The only recent Apple launch that went nowhere is Apple TV. And guess what? Apple TV is a typical convergence product, the result of trying to marry the internet with the TV set.

For more than a decade, high-tech companies have been trying to put the two together, egged on by the media. "Is it tellynet or netelly" was the headline of an article in the Dec. 13, 1997, issue of The Economist. "If ever two media were meant to wed, they are television and the internet."

Adding the function of one device to another device, of course, doesn't mean the two devices are converging. Radio has not converged with the automobile in spite of the fact that most automobiles have radios. And even if every TV set is able to surf the internet, it doesn't mean that any convergence has taken place.

The essence of convergence
It's when two categories come together and become one category. For example, the personal computer and the TV set.

You might not remember when this was viewed as a distinct possibility, when dozens of companies were working on putting the two together.

As one prominent media pundit put it 15 years ago: "Don't worry about the difference between the TV set and the PC, in the future there will be no distinction between the two."

Oddly enough, that might well have happened except for another phenomenon. Over time, every category evolves as well as diverges. Today's TV set isn't the same as yesterday's TV set.

Who wants to carry around a 73-inch combination TV set and laptop computer?

"Convergence will be the buzzword for the rest of the decade. This isn't just about cable and telephone hopping into bed together. It's about the cultures and corporations of major industries -- telecommunications (including the long-distance companies), cable, computer, entertainment, consumers electronics, publishing, and even retailing -- combining into one mega-industry."

As the decade came to a close, Forbes ASAP, in an issue entitled "The Great Convergence," (Oct. 4, 1999) editorialized as follows: "The emerging idea of our time is convergence. It is the governing metaphor of the turn of the millennium."

I'm hoping the business media will set the record straight by designating the next 10 years as the decade of divergence, perhaps with a quote that goes something like this:

"The emerging idea of our time is divergence. It is the governing metaphor of the next decade. It is the reason why the world has witnessed an array of new categories and new brands: Google, Facebook, YouTube, Twitter, Amazon, iPod, iTunes, iPhone, iPad, BlackBerry, Red Box, Netflix, AOL, Yahoo, eBay, Zappos, Wikipedia, LinkedIn, Flickr, Craigslist, PayPay, Groupon, Zynga. With many more to come."

I'm hoping, but I'm not holding my breath.