With beer down, the brewer ups its spirits game
READ THIS NEXT
Trending: Reebok’s plant-based shoe and Sizzler’s flame-out

As anyone who has ever spent time in California knows, few brands can beat In-N-Out when it comes to burger fan loyalty. But the chain fell to last place in a new french fry ranking. Below, find out who's not a fan of the fries and why the ranking is causing a stir. We also have news on a snowy new Taco Bell drive-thru that you silde, not drive, into. But first, some beer industry news that has nothing to do with corn syrup.

Beer giant Anheuser-Busch InBev, which has struggled to grow sales amid stiff competition from spirits, now has several liquor brands to call its own. The brewer announced Wednesday the acquisition of Cutwater Spirits, a San Diego-based liquor marketer. 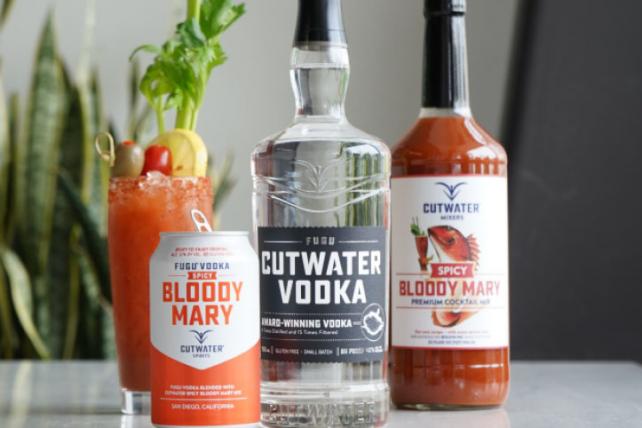 Speaking of alcohol, here's a brand mashup that will catch the eye of northeasterners. Carvel Ice Cream and Captain Lawrence Brewing have two limited-edition beers based on ice cream cakes, the ones with eyes made of cookies and a nose fashioned from an ice cream cone. 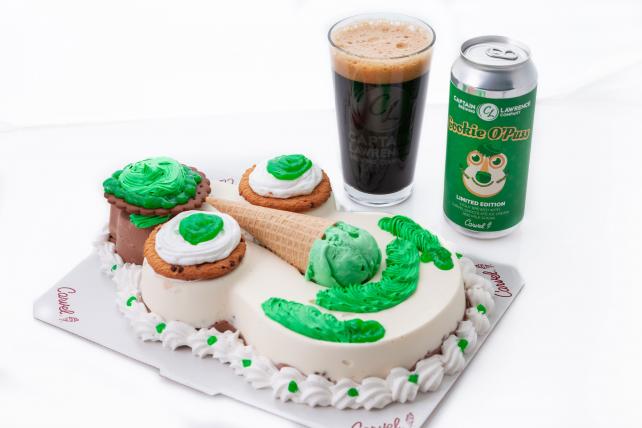 Cookie O' Puss Pastry Stout, brewed with Carvel chocolate crunchies, will be available along the East Coast starting Feb. 26. Cookie Puss Milkshake IPA, brewed with Carvel's vanilla ice cream, is only going to be available in New York to start because, the brands say, the Alcohol and Tobacco Tax and Trade Bureau, which regulates interstate beer sales, was closed during the government shutdown. They hope to have the beer in wider distribution later in the year to mark Carvel's 85th anniversary. And if that's a little too sweet, you can always wash it down with Cincinnati Chili Beer from Taft's Brewing Co. and Gold Star Chili.

D&G gets some insurance

Century-old Auto-Owners Insurance has tapped David&Goliath as its creative agency of record, without a review. Auto-Owners, which was founded in 1916, is planning a new brand anthem and campaign to roll out in the fourth quarter of this year. The work will span TV, radio, out-of-home, print and digital. Valorie McNeal, director, marketing and sales at the brand, noted David&Goliath's "challenger spirit" as a key reason the agency was awarded the work.

Esports deal of the week

Twitch, the live-streaming platform frequented by video-game players, has inked a deal with TeamLiquid to manage the esports groups' sales and facilitate the entry of brands into the esports space. TeamLiquid, whose players compete in "Fortnite" and "League of Legends" tournaments, also maintains a broadcast deal with Twitch. 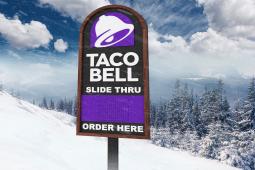 The newest drive-thru up north is actually for tubers, not for drivers. To promote the return of the Cheetos Crunchwrap Slider, Taco Bell Canada will take orders at the top of a tubing hill at Horseshoe Resort, near Barrie, Ontario, on March 2. People will slide down and retrieve their orders from a take-out window at the bottom. The one-day tubing experience is set to be open for a few hours. Taco Bell Canada's more traditional locations get the Cheetos Crunchwrap Slider back on Feb. 25.

Who knew one person's take on french fries could create such angst? The Los Angeles Times ran a ranking compiled by food columnist Lucas Kwan Peterson. ICYMI, he says Five Guys fries are the best and put California's In-N-Out in last place. The lovers and haters, on both sides, quickly weighed in. The paper's own social media intern wasn't pleased:

hello I am the social media intern and have to share this but I totally dont agree with it. here are @lucaspeterson's fast food french fry power rankings https://t.co/ZeX79RNH15

Respectfully disagree. In-N-Out fries do not belong in the lower left corner of this graph. https://t.co/lOA1hlIxsy

"Where Flavor Gets its Wings" is the tagline for Wingstop in its first campaign from Leo Burnett, which it hired in late 2018 for national marketing. The effort is the wing chain's largest national push to date, and includes ads featuring wings that fly, sort of.

Click-and-collect—which refers to consumers buying online but picking up in store—has become a potent weapon for retailers against Amazon, according to a new survey of 2,000 consumers by Doddle, which makes technology to enable online ordering for offline pickup. Doddle finds 70 percent of shoppers have made multiple click-and-collect purchases, and 85 percent of them have made an additional in-store purchase when they do. Even discounting a self-interested tech vendor's survey, consider the lackluster-for-Amazon 18-percent growth in North American goods and services sales the (mostly) online retailer reported last quarter. Click-and-collect leader Walmart, meantime, reported a strong 43-percent growth in e-commerce, along with a surprising 4.2-percent increase in overall U.S. same-store sales.

No crying in private-label hardball

There was a time when suppliers were reluctant to battle big retailers' private labels in court, or similar forums, because retailers could always retaliate. But Nestle has taken on the maker of Parent's Choice Probiotic Colic Drops—a Walmart private label—and won before the National Advertising Division of the Council of Better Business Bureaus. Walmart wasn't a defendant, but Parent's Choice supplier BioAmicus Laboratories was. In a statement, BioAmicus agreed to follow NAD recommendations by dropping several claims, including the bold one that its drops are "clinically shown to reduce crying time by 50%."

Just when we recovered from IHOP's "Pancizza" comes Papa John's Hot Honey Chicken and Waffles pizza, which debuts later this year. It comes from the chain's "pick our next pizza" contest.

The people have spoken. The votes have been counted. We're excited to announce the winner of the "Pick Our Next Pizza" contest 🥁🥁🥁 HOT HONEY CHICKEN & WAFFLES!!! Keep an eye out for it on menus later this year.

$86 million: Total U.S. sales of cannabis-based drinks last year, according to a new report frm Zenith Global and Beverage Digest. The market is forecast to grow to more than $1.4 billion in 2023.

Mark Salebra, a longtime operator of McDonald's restaurants, was elected chairman of the chain's franchisee group. He's also a founder of the National Owners Association, a group of McDonald's operators that formed last year to help give franchisees a stronger voice in their relationship with the Golden Arches.

The Wonderful Agency, the in-house agency for The Wonderful Company, says Tom Sann will join its creative team as executive producer on Feb. 25. He'll report to Chief Creative Officer Darren Moran, working on the company's consumer and philanthropic brands, plus internal video content. Sann was most recently an executive producer at BBDO New York, producing work for brands such as AT&T, Visa, Gillette, ExxonMobil, J&J and Humana, the company says.