Get ready: We're in for a rocky ride
READ THIS NEXT
Lexus wins big with sponsorship of Masters winner Matsuyama 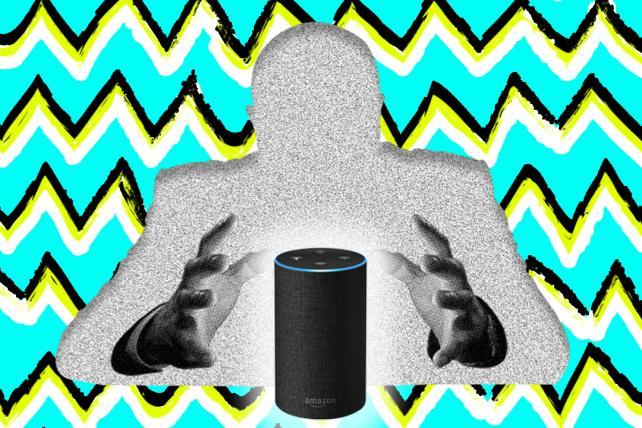 As a new year cracks open with considerable tumult—both in the markets and on the floor of CES—there's one thing you can count on: Ad Age staffers pooling their collective know-how to take a whack at predicting what lies ahead in the worlds of media, tech, retail, social platforms and more. And to find out how we did with our 2018 predictions, click here. (Spoiler alert: We done good.)

TV networks will use the same word

"Attribution" will be the most overused phrase in TV advertising. In an effort to compete with the FAANG guys (Facebook, Apple, Amazon, Netflix and Google), TV sellers will aggressively try to prove that commercials drive specific business results, like test-driving a car, or the ultimate holy grail—making a purchase. Expect most TV network groups to unveil products that will measure business results instead of the traditional Nielsen age-and-gender demographics. —Jeanine Poggi, senior editor, media and technology

Brands will invest in voice marketing strategies in a big way. They can't afford not to: More than half of U.S. households will have a smart speaker by 2022, according to Juniper Research. But competing with the house brands of Alexa's parent company, Amazon.com, will be tough, and retailers need to make sure they're protecting people's privacy. —J.P.

Direct-to-consumer upstarts such as Allbirds, Warby Parker and Everlane are gaining ground against established retailers, so larger brands will become even more frenzied as they try to keep up with the newcomers, and will dabble in more innovative marketing experimentation. They'll also look to either acquire existing d-to-c brands or invest in their own startups. —Adrianne Pasquarelli, reporter, retail and finance

Food gets its fun back

Now that restaurants have focused on tech improvements—such as better delivery methods—and Big Food has gotten online sales up and running, expect more variety and innovation. Restaurants will have new value-priced plays to pump up their appeal, and marketers will cook up novel products to get consumers into grocery stores or clicking on new items for their online carts. —Jessica Wohl, food reporter

Production companies have a bigger seat at the table

Some major deals this year—such as the acquisition of MediaMonks by Martin Sorrell's S4 Capital—show the need for marketing organizations to have agile production of all kinds woven into their business processes. The trend of production companies incorporating creative into their offerings will also gain traction. —Ann-Christine Diaz, Creativity editor

5G will put tech into overdrive

Technologies such as virtual reality, wearables and the internet of things (IoT), hyped for years, have yet to reach their full potential. But with 5G rolling out this year, and more widely in 2020, those technologies will see a resurgence. Perhaps this time they'll live up to their initial promise. —George P. Slefo. reporter, ad tech, ad fraud, search

Out-of-home gets the love

Thanks in large part to new technologies, out-of-home advertising will see double-digit growth in 2019. The Interactive Advertising Bureau, which only includes ad formats that capture at least $1 billion in ad revenue, will also include digital out-of-home in its twice-yearly report for the first time.—G.P. S.

The industry, facing a Department of Justice investigation, has been on the defensive. Agencies struggled to deal with lower fees and increasingly onerous payment terms. The call by 4A's CEO Marla Kaplowitz for agencies to "stand up … and say no" will be heeded, with agencies refusing terms they once felt they had to accept to win new business. They will also seek client relationships they feel are more equitable. —Megan Graham, reporter, agencies

An Association of National Advertisers' report found that in-housing was skyrocketing. Some internal shops, such as Intel's Agency Inside, have been shuttered, but the in-house trend will increasingly involve agencies helping clients set up and manage more of their media services internally. —M.G.

Google's self-driving car unit,
Waymo, which recently went live in Phoenix with a robo-taxi service called Waymo One, will extend its lead over competitors in the burgeoning autonomous-vehicle industry. It will pour more marketing dollars behind its effort as it expands to other cities and attempts to convince skeptical consumers that self-driving cars are safe. -- E.J. Schultz, asssistant managing editor, marketing

The nation's beer marketers, the biggest brands of which are stuck in multiyear sales slumps, will face tougher times as the economy worsens and new alternatives, like CBD, take hold. This will force brewers like Anheuser-Busch InBev and MillerCoors to cut costs, shed assets, curtail marketing spending and more. —E.S.

Being small gets harder

Smaller players have been taking share from the packaged-goods players for about a decade, but this year, the big CPGs' recent strategy of pumping out small brands and initiatives, combined with their inherent advantages—the ability to easily manufacture products and raise capital, plus their existing sales forces, relationships and supply chains—means they'll take back the controls. —Jack Neff, reporter, personal products and research

First-party data will be the new CPG arms race

The second- and third-party data that has fueled programmatic digital ad buying costs money and is often inaccurate. Big CPGs will continue to gather and process their own data (and brag about the results). Doing more d-to-c marketing fuels the databases, which leads to more d-to-c marketing. In other words, expect more of this. —J.N.

Mark Zuckerberg will resign as either chairman or CEO, rather than remain under the harsh glare of regulators and the media. (His hero, Bill Gates, resigned as Microsoft's CEO in 2000 as his company faced antitrust concerns.) If not Zuckerberg himself, look for him to bid adieu to COO Sheryl Sandberg. The spotlight on Facebook is so harsh that only a bold sacrifice can serve as a distraction. —Garett Sloane, reporter, tech and social

Apple will buy Snapchat, now a bargain due to its slumping stock. (Its value is down more than 60 percent from the start of 2018.) It's a steal for Apple, which can use Snapchat's expertise in AR. Plus, Apple has always aligned with Snapchat CEO Evan Spiegel's claimed commitment to privacy and aversion to advertising. A move to Apple would signal a return to Snapchat's roots as a company that didn't rely on mining data from users to make money. —G.S.