For those of you who remain in marketing, join us at Ad Age Next in New York on Nov. 15 and 16 to explore what's over the horizon and what to do about it. Speakers in our fast-paced two days represent marketers and innovators including Amazon, Google, Procter & Gamble, Walmart, The Washington Post, Bloomberg, Burger King, IBM, Twitter, Albert and Headliner Labs. 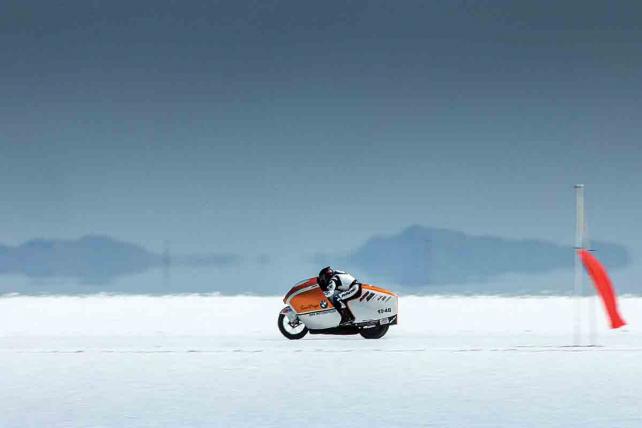 There is life after marketing, and Erin Hunter Sills is vrooming proof.

As director of consumer insights at Facebook, she had one of the best jobs in market research at a company changing the face of marketing. And then she left it all behind—to race motorcycles. Turns out she's pretty good at doing that too, having set 20 motorcycle land speed records.

People in marketing usually rotate among brands, agencies, media and research firms, but Sills is among the rare breed who take their money and run from the industry—or in her case, motor away at upward of 200 miles per hour. She's just one of the higher-profile departures from the marketing world, folks who have left in recent years either to chase a dream or because they've had enough. And they don't miss their old marketing jobs one bit. 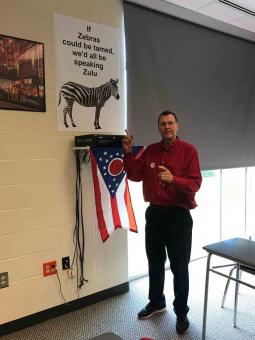 Five years after Brad Kirk literally wrote the book on being a chief marketing officer ("Lessons from a Chief Marketing Officer" in 2003), the veteran of marketing roles at Helene Curtis (bought by Unilever), 20th Century Fox and Kao Corp. left his last job in the industry as chief operating officer of Marc Anthony hair care in Toronto to teach.

Fortuitously, Kirk cashed in much of his stock in August 2008, just before the stock market crash, to go back to school for a masters in education. Since 2010, he's taught social studies at Indian Hill High School in a town north of Cincinnati, where he raised his own children. It helps financially, he says, that he and other Helene Curtis executives had a nice payday when Unilever bought the company in 1996, and 20th Century Fox was quite lucrative too, which helped fund his next life.

"The life of a CMO was hassling and rough and tiring and political and sometimes just wasn't something you came off feeling great about—debating something about an ad or a market-share change or figuring out a way to get another stock-keeping unit into Walmart," says Kirk, now 61.

He knew at 52 he was ready for something else, and debated getting a city-planning or teaching degree.

"Every day, you get another chance to have an impact on kids that's going to ripple through for their lives," Kirk says. "It's certainly emotionally rewarding. It's real."

Not many CMOs become teachers in their 50s. And even if it's a big step down the pay ladder, it's also hard for second-career teachers even to get hired over 20-something graduates unless they're in science or math, Kirk says. He came in wanting to teach social studies, and ultimately found a job at his home school district, one of the wealthiest in Cincinnati. As a CMO at Kao, he spent years there attending his kids' soccer games alongside senior executives from his company's much bigger rival, Procter & Gamble.

"The administration had experience hiring second-career people before," he says, "and the fact that my kids were successful in the school district gave me some credibility."

Kirk now teaches advanced-placement world history and government. The latter, he says, has become particularly interesting of late in a class split 50-50 among supporters and detractors of Donald Trump.
"I try to make them be soft on people but tough on issues," Kirk says. "Boy, do they have opinions. And it's fun watching them change their opinions, or get more informed, or try to change the other person's point of view. It's something that really matters to them."

Kirk can't entirely escape marketing, since he's teaching a lot of kids of Procter & Gamble marketers. Thanks to having a large amount of children from overseas transfers, it's "surprisingly diverse for its wealth band," Kirk says. "They're really smart, informed kids, but they're looking at the U.S. political system like they're martians looking at something they just can't believe." 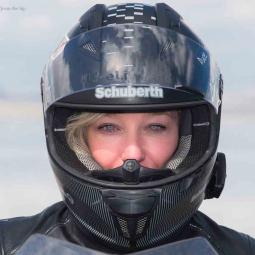 For Sills, leaving Facebook last year was less about wanting to get out of marketing and more about fulfilling a lifelong dream: turning a hobby she's had for more than a decade into her life's work. That process sped up when her husband, Andy Sills, also an avid motorcycle racer, died on a motorcycle in 2015.

"We had kind of planned for me to retire from Facebook and start riding motorcycles all the time," Sills says. "And then when he passed away, it was just one of those things where I said, 'What am I waiting for?' "

Her motorsports work is a lot more for love than money. Lucrative compensation from having worked for two digital startups—ComScore and then Facebook—make it possible, she says.

Sills now owns the San Francisco-based Hunter Sills Racing team, and in her first full season since leaving Facebook she earned invitations to tour and race in South America and South Africa next year. Under the Hunter Sills umbrella, she also runs classes, teaching people how to ride bikes. But motorcycle racing and land speed sports are "like owning a winery or a big boat," she says. "You throw money into it, but it doesn't really come back."

Sills also finds she works more hours than she did at Facebook, thanks to gym training to stay in shape for racing, teaching others how to ride, managing her team, and racing itself.

And she's got plenty of goals. Her team is in the process of putting a nitrous oxide system on her bike for next year to support her goal of hitting 240 miles per hour. That's really fast to an ordinary person, but Sills has hit 219.3, the current national land speed record.

"You work your way up 10 miles per hour at a time," she says. "Two hundred starts to feel slow. It's crazy how that happens."

She hasn't left marketing behind entirely. Part of her job is recruiting sponsors for her team, which include BMW Motorrad, the German bikemaker; Top 1 oil; and Schuberth helmets. And she enjoys doing some of the other marketing work around her business, including social media, media kits and even budgeting.

But she doesn't miss the performance reviews, she says, or one-on-one meetings. Nor does she miss the commute or the clothes. "I no longer own a car," she says, preferring to use her motorcycle everywhere. "I don't need fancy Armani suits either."

And she enjoys the opportunity to talk like a normal human being again.

"I was standing in an airport security line yesterday [en route] from Las Vegas to San Francisco," she says. "The people next to me were two young guys, early 30s, who clearly were on their way to a work trip. And it sounded like so much corporate jargon speak, I just had to laugh. I know I used to sound like that."

Dennis Chacón was firmly established in one of modern marketing's jargon hotbeds—programmatic media buying—as manager for Starcom MediaVest Group on P&G's Hawkeye digital buying system. But he gave that up in 2014 to start building The Woodburn Brewery, rehabbing an early 20th-century movie theater in a rebounding corner of Cincinnati's East Walnut Hills neighborhood.

Chacón had a resume that could keep him working in the marketing industry indefinitely, having also been a search-marketing specialist for agencies such as Bridge (later WPP's Possible) and Dentsu's Gyro. That followed years on the West Coast at Electronic Arts' Jamdat Mobile gaming unit and Tecmo, which had the then-premature idea to develop a Netflix-like service before broadband was widely available.

He was also into craft beer, and well before the hordes. Since his military days in the 1990s, when he was stationed at Dover Air Force Base in Delaware and frequented nearby Dogfish Head Craft Brewery, Chacón thought of starting a craft brewery. And he spent much of his spare time during his agency days in Cincinnati learning the trade informally from friends, who were part of a local industry that now includes about 30 craft brewers. In 2014, Chacón joined Chris Mitchell, a veteran of Listermann Brewing Co. in Cincinnati, to begin building the brewery. They opened shop in August 2016 and began selling canned beer earlier this year.

Marketing experience and connections have helped him in his new career. Maria Walley, a real estate agent and the wife of former P&G digital executive and consultant Ted McConnell, helped him find and buy the site of the brewpub. But Chacón feels like the business-to-business experience at Gyro was more applicable to what he's doing now—trying to get his beer into stores—than more recent efforts to get P&G ads in front of increasingly reluctant viewers using ad blockers.

"The inspiration I got from selling people the things they need every day—I took that to produce, market and sell things people really enjoy," Chacón says. "And it was just the right time."