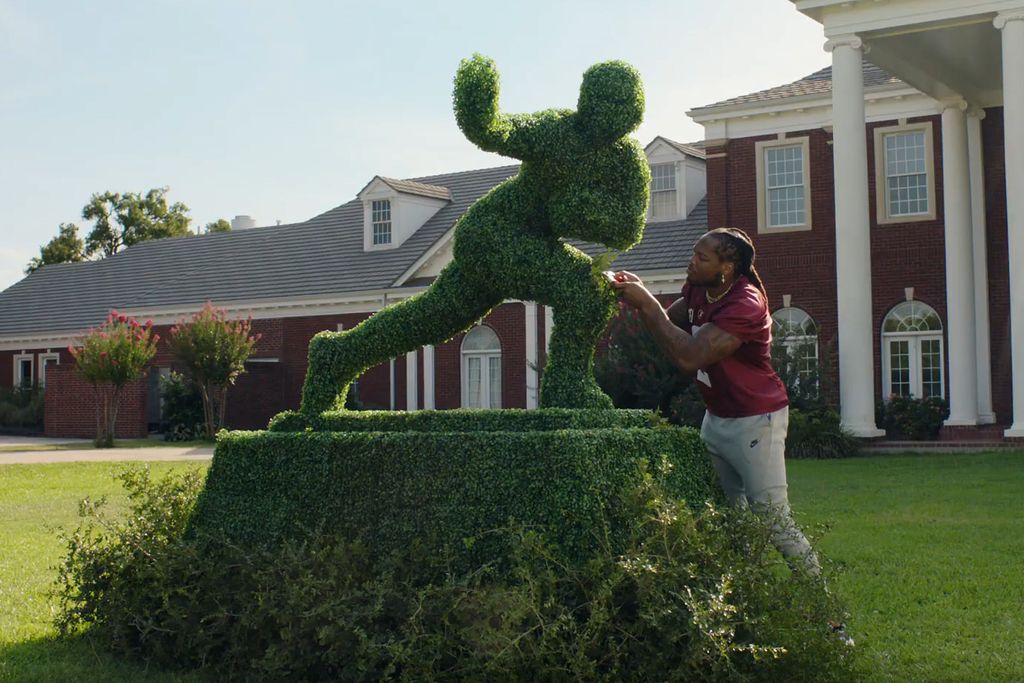 Nissan—which for years has relied on college football—is shifting a significant portion of its media to the National Football League in the latest sign of how the coronavirus is upending brand marketing calendars.

The automaker will continue putting money into college football, where it will air its “Heisman House” campaign for the 10th straight season. But with the Big 10 and Pac-12 suspending their seasons, at least for now, there is less inventory available. So for the first time, Nissan will air the campaign during NFL games.

The move shows how the NFL—already a ratings behemoth and the most expensive ad buying marketplace—will grow even more powerful this year, assuming the league can complete its season without coronavirus shutdowns. For Nissan, the challenge was to find NFL inventory that was not already littered with auto ads; it’s hard to watch games without seeing a pickup truck spot in nearly every commercial pod. The automotive category accounted for $706 million of the $3.9 billion spent during NFL regular season games last year, more than any other category, according to Kantar figures.

Nissan struck a season-long deal with ESPN’s “Monday Night Football” and expects to also run ads in select Sunday afternoon games, which will benefit Fox and CBS. The brand was able to find inventory “with the least amount of automotive clutter so we can try to break through and stand out in a very cluttered space, which NFL tends to be,” Allyson Witherspoon, VP of marketing communications and media at Nissan North America, said in an interview.

The Heisman campaign, which features previous winners of the prestigious college trophy, is a good fit to run in college and NFL games, she says, noting that many of the players in the ads are current NFL stars, including Kyler Murray and Lamar Jackson. “It was just a natural place for us to expand our media and be able to … offset some of the communication objectives that we weren’t able to get because of the reduction of the schedule in college football,” Witherspoon says.

The campaign, as usual, is lighthearted, sticking to its theme of imaging a world in which the previous Heisman winners share a house. But this year’s spots make a nod to coronavirus lockdowns. One ad opens with Jackson greeted at the fictional house by Tim Tebow, who sports what can only be described as an unruly quarantine beard, expressing amazement that the season is on and that it is “Heisman time.”

Optimum president Tom McGovern says the agency has directed other clients to move money to the NFL. As of now, spending in the NFL is flat compared to last year, he says, but with the TV marketplace struggling during COVID, flat is as good as up, he suggests. “Once you see the ratings in entertainment in fourth quarter, I think you are going to see more money flow into NFL,” he says. “There’s going to be no new programing. It’s been a downward spiral for a while but now you have a fall season launch with no original programming.”

The ads were shot outside of Austin, Texas, in July, with the brand and agency team taking COVID precautions, including using a reduced crew and ensuring that everyone stayed six feet apart. The final ads show players riding together in vehicles—but they were actually shot with one player in a car at a time, using green screen technology to bring them together.

This behind-the-scenes video gives a glimpse of how the brand pulled it off, including one shot in which Tebow while driving talks to a tennis ball on a stick, which was used to approximate the location of another player riding shotgun.

Nissan has also had to change its ground game. The brand usually takes the Heisman House on the road. But with in-person experiential marketing impossible, the brand created a virtual Heisman House that includes online content including a college fight song quiz.

Witherspoon sees an upside: “It allows everyone to have access to the Heisman House, as opposed to people in just specific games around the country.”

She also expects that some procedures put in place for the ad shoot will survive beyond the pandemic, including members of the brand team monitoring the process remotely via Zoom, rather than traveling to the site. “Attending a shoot virtually was actually a lot easier than any of us imagined,” she says. “When you are actually on set you are not behind the director, you are always in video village—and this time video village just happens to be in your living room.”