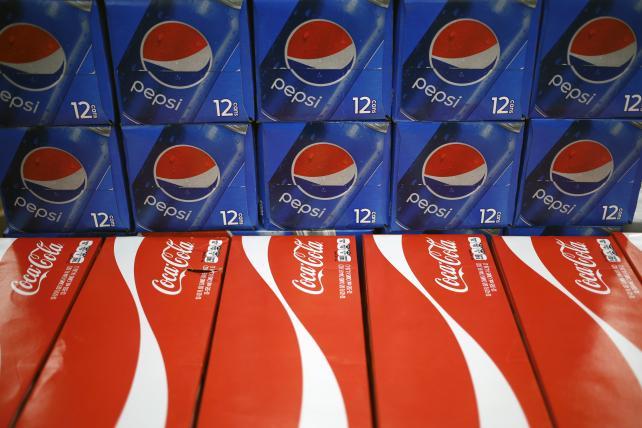 PepsiCo and Coca-Cola -- either individually or together -- have lobbied against 29 health bills from 2011 to 2015.
Credit: Luke Sharrett/Bloomberg

Coca-Cola and PepsiCo's actions in battling anti-soda legislation and sponsoring health organizations resemble the tactics used for years by tobacco and alcohol giants, according to a study published in the American Journal of Preventive Medicine.

The two soft-drink companies -- either individually or together -- have backed a total of 96 national health organizations and lobbied against 29 health bills intended to reduce consumption of their products and fight obesity, the Boston University study found. The authors looked at activity from 2011 and 2015.

"These companies lobbied against public health intervention in 97% of cases, calling into question a sincere commitment to improving the public's health," according to the study. "By accepting funding from these companies, health organizations are inadvertently participating in their marketing plans."

The report reflects the growing pressure on soda giants, which are facing criticism from health advocates and legislation that targets their products. Philadelphia became the first major U.S. city to pass a tax on soft drinks in June, and similar measures are on the ballot next month in San Francisco and Oakland, California. Since 2009, there have been about 40 attempts to enact such a tax in cities across the U.S.

Michael Bloomberg, whose philanthropy supports anti-smoking campaigns and other health initiatives, supported the Philadelphia tax proposal, as well as other campaigns.

The study spotlighted the health and medical groups that are backed by soda companies, likening the practice to the ways tobacco companies confronted concerns about cigarettes. The organizations that were funded by both Coca-Cola and PepsiCo included Feeding America, Academy of Nutrition and Dietetics, American Society for Nutrition and Healthy Weight Commitment Foundation, according to the study.

William Dermody, a spokesman for the American Beverage Association, said the ties represent a long commitment by the industry to support community organizations across the country.

"As this report points out, some of these organizations focus on strengthening public health, which we are proud to support," he said in an e-mail. "We believe our actions in communities and the marketplace are contributing to addressing the complex challenge of obesity."

Coca-Cola, the world's largest nonalcoholic beverage maker, referred questions about the Boston University study to the American Beverage Association. The company responded to criticism last year by creating a searchable database of organizations that have received funding for research. PepsiCo hasn't followed suit, but the company took issue on Monday with how it was characterized in the report.

"What is completely lost, or conveniently ignored, in this study is the fact that PepsiCo is incorrectly painted as a 'soda company,' when only a quarter of our global revenue comes from carbonated soft drinks," PepsiCo said in an e-mailed statement. "Today, about 45% of our revenue comes from everyday nutrition products (such as oats), zero and low calorie beverages, and snacks with low levels of salt and saturated fats."