What brands get out of experience stores 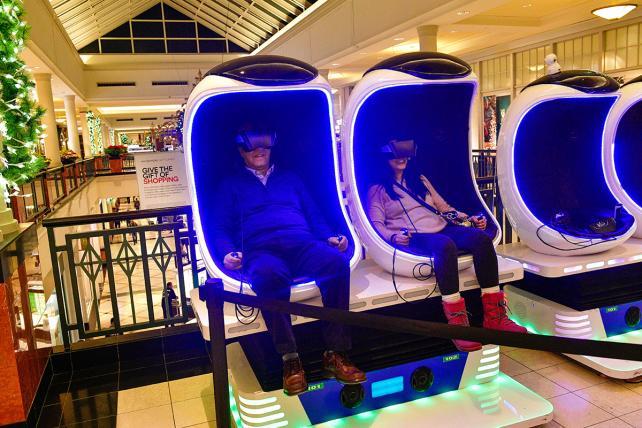 This week in New York, Lexus opened a gleaming, expensive new building that is … a bit ironic.

"Intersect," a 16,500-square-foot boutique in Manhattan's Meatpacking District, is meant to allow people to "experience" the carmaker's brand without setting foot inside a car.

This is, in theory, a good idea, considering the lackluster cars the Toyota Motor Co. division has been making. If only the space were better put together.

The launch was delayed for a year after the boutique's planned opening in 2017, and was pushed back yet again from this month to September—notwithstanding a celebrity-studded event in the unfinished space on Aug. 14. Frankly, the overall impression given by Lexus's multimillion-dollar compound is one of confusion and disarray.

Lexus is far from the first big brand to try to arrange public "hangouts" with a younger, affluent audience. In 2016, Samsung opened a 55,000-square-foot, three-floor location on Washington Street in Manhattan's Meatpacking District as a "cultural playground" for downtown kids to see such bands as the XX perform on its underground stage. That year, PepsiCo Inc. opened the Kola House, its "experimental" bar and workspace, in the same neighborhood.

So did Cadillac: Cadillac House, a coffee shop and showroom for art installations from the likes of Visionaire and Daniel Arsham, is located just north of Tribeca.

The goal behind such ventures is to attract people who wouldn't ordinarily spend their free time at a car dealership—or in an ordinary cell-phone store. They're meant to show off brand values in a non-threatening atmosphere that is as close as possible to actually being cool. It's an arguably impossible feat for any corporation when "cool," by casual definition, is the opposite of corporate. But the automakers are trying: They typically don't show a single new car in these spaces, except during special events. The implication is that trying to sell you something would be decidedly uncool.

"We have tried to tell people what you're supposed to feel from the Cadillac brand, but what we hadn't quite fully established was an environment that you could walk into," Cadillac brand director Melody Lee said at the time. "That's why we opened Cadillac House."

Both Cadillac and Lexus have declined to specify how much they spent on their conceptual event spaces. And success in this case is a difficult thing to measure.

Samsung, for one, says its measure success like any other marketing initiative, setting KPIs around the number of visitors, device interactions and brand perceptions.

"The biggest opportunity for us is following the customer and finding the value in our interactions with them at Samsung 837 when the point of purchase is not onsite," said Zach Overton, vice president of brand experience at Samsung Electronics America. "We take the lifetime value of a customer very seriously and think about how their visit to 837 is not only an opportunity to show them how to better use their devices and features, but also to introduce them to the full Samsung ecosystem of products and services – enabling us to hit all of our KPIs."

Elsewhere, the goal is to reap intangible benefits like increasing brand awareness among the golden goose target: millennials.

Kevin Bethune, a member of the Board of Directors at the Design Management Institute, says the value of such spaces is often less about social media impressions and press hits—though those can be "helpful indicators" of success—and more about "the quality and insightfulness of the type of network" they attract.

"I could see future brands and experiences being birthed from the Kola House's learnings," says Bethune, the founder and chief operating officer of the creative design firm, Dreams Design Life. "If [creative people] keep returning to Kola House to engage in different experiences, entertainment and special events—and I feel that networking standing by the Kola House over the long run—then that's a success to me."

There's also an aspect of design experimentalism here that can prove valuable for a brand. A spokesperson for Pepsi described Kola House as a successful testing ground for exploring the company's heritage and future goals. For example, mixologists experimented with recipes around the kola nut (an original ingredient in cola beverages) that might be used in future products.

On one hand, Cadillac House draws more than 500 visitors daily, half of whom stay longer than 20 minutes, and it hosts many private events and fashion shows. (Bloomberg Pursuits hosted an event there last year.) What's more, Cadillac is probably the only luxury automaker whose most expensive car—the Escalade—is owned by its youngest demographic. The average age of an Escalade buyer is under 50, significantly below the age of the average Cadillac customer, which is 60. That's not quite millennial, but it's a start. The brand sees much more opportunity in youth.

On the other hand, Cadillac recently underwent a C-suite shake-up as longtime automotive executive Johan De Nysschen left due to "philosophical differences" over a $12 billion turnaround plan. That's never a good sign. What's more, apart from the Escalade and the unsexy CTS-V, Cadillac's other products fall short against competitors in their segments when it comes to both design and performance.

Lexus is hoping for rather more tangible, and concrete, effects. The space it opened in New York is the third of the series Lexus first introduced in 2015 in Tokyo and then repeated in Dubai. According to company spokesman Corey Proffitt, the New York version will feature a rotating cast of chefs, artists, and potentially, a concept car or two, but no production models.

There was some confusion about whether Theroux danced.

These are lovely people. But ultimately, being a successful automaker requires making good cars. Do that, and you don't have to do a whole lot else.