How This Guatemalan Chicken Chain Plans to Invade the Colonel's Turf

READ THIS NEXT
Coca-Cola Energy axed in the U.S. after sluggish sales
Pollo Campero is far smaller in the United States than the major chicken chains, but it is working to become more familiar.
Credit: Pollo Campero

Chicken chain Pollo Campero isn't a household name outside its native Guatemala, but as Latin cultural influence grows in the U.S., the company is hoping more people will try its flavorful chicken and guava dipping sauces. That includes everyone from non-Hispanics to U.S.-born Hispanic millennials who enjoy Latin food but aren't familiar with a brand their parents might have grown up with in Central America.

Last year Pollo Campero was a standout, with U.S. sales up 20.3% to $110.6 million, according to restaurant industry tracking firm Technomic. Still, it has a long way to go in the U.S. to catch up to larger chicken-focused chains. Chick-fil-A is the nation's largest chicken-centric chain, with 2016 sales up 7.2% to $6.74 billion. Chick-fil-A last week hired Los Angeles-based independent Gallegos United to do U.S. Hispanic work.

KFC, whose "Re-Colonelization" ad campaign has been a popular success, is next in line with sales up 3.6% to $4.48 billion. Other players in the industry include California-based El Pollo Loco, where sales increased 5.6% to $795.4 million, and Florida-based Pollo Tropical, which saw sales jump 9.7% to $403.7 million.

Looking for its first agency of record, Pollo Campero this year considered a wide range of options to help the company transition from its original focus on Central American communities in the U.S. to the broader American market. It looked at small agencies, U.S. Hispanic-only agencies and general market agencies. 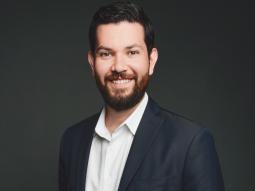 In the U.S., just under 50% of its customers are Hispanic, said Federico Valiente, brand lead and director of marketing at Pollo Campero International, which runs the company's non-Central American business out of a Dallas headquarters. After hitting $100 million in U.S. sales for the first time in 2016, the goal is to double U.S. sales in the next three years, he said.

To do that, Pollo Campero is hiring Omnicom-owned Dieste, the fourth-biggest U.S. Hispanic agency. Until now, the fast-food chain has worked mostly with different local partners on a project basis.

"Dieste has experience with imported brands," Valiente said. "And with creative that not only resonates with a core Hispanic customer base but is also relevant and appealing to non-Hispanics."

For Goya Foods, another family-owned Latin brand, Dieste is doing a hilarious campaign about Hispanic parents' fear of losing their Latin child, illustrated by a little girl who has to take Latin food to school and horrifies her mother by choosing nachos, and a boy who throws (rather than kicks), a soccer ball. Parents win them back though authentic Latin food, creating homemade meals with Goya products.

Pollo Campero faces a similar challenge, to connect with its Hispanic consumer base while also introducing the brand to non-Hispanics. And the work has to make sense in both Spanish and English, Valiente said.

"I love their approach when looking for an agency," said Ciro Sarmiento, Dieste's chief creative officer. "They said 'We're not just looking for Hispanic, but for the total market'."

Still family-owned, Pollo Campero opened in Guatemala in 1971 and has more than 350 restaurants worldwide, including 73 in the U.S., with 14 more to open this year.

Pollo Campero (literal translation: Rural Chicken) sells "chicken with a twist" that includes different flavors, spices and side dishes, Sarmiento said. Chicken is grilled or fried, and served with dipping sauces and plantains or yucca fries, with dulce de leche empanadas or flan for dessert. Fresh fruit drinks like jamaica, or hibiscus, outsell Pepsi. Every summer has a theme, like guava, with guava dipping sauces, drinks, and dessert. Last year was avocado summer, and for 2017 Valiente promises mangos.

Millennials make up 64% of Pollo Campero's customers, higher than average for the fast-food business, Valiente said. "Younger segments are more adventurous, in life and with their palettes. And from a demographic standpoint, Hispanics tend to be younger."

Millennials are also disproportionately Hispanic, accounting for more than 20% of the cohort, and many are U.S.-born English-speakers or bilingual, the type of consumer who might not know the brand but is familiar with Latin food.

With fewer than 100 restaurants scattered around California, Texas, New York and Washington, D.C., Pollo Campero was also looking for an ad agency with digital expertise, to reach young, far-flung customers. The company is testing a bilingual mobile app, launched in the last month in Houston and Dallas, that lets people order and pay ahead of time.

Valiente said the marketing budget, as a percentage of last year's $100 million in U.S. sales, breaks down to 3% for local store marketing and 1% for a national marketing fund.

With a brand that has grown beyond its traditional Central American customer base, the next step is to develop and launch with Dieste an umbrella campaign that will connect with both existing and new customers, he said.

"Communication to Hispanics is important, but we have to make sure whatever is developed can be leveraged for other segments, and in a way that's cost effective," said Valiente, who grew up in El Salvador, where you are rarely far from a Pollo Campero. "As we grow and expand to other regions and customers, we have to make sure we stay true to the brand."