The beverage giant is using its popular sparkling mineral water brand in a move to seize on explosive growth in the hard seltzer category
READ THIS NEXT
Burger King’s Fer Machado is obsessed with Bill Bernbach, and … White Castle for Valentine’s Day?: Trending 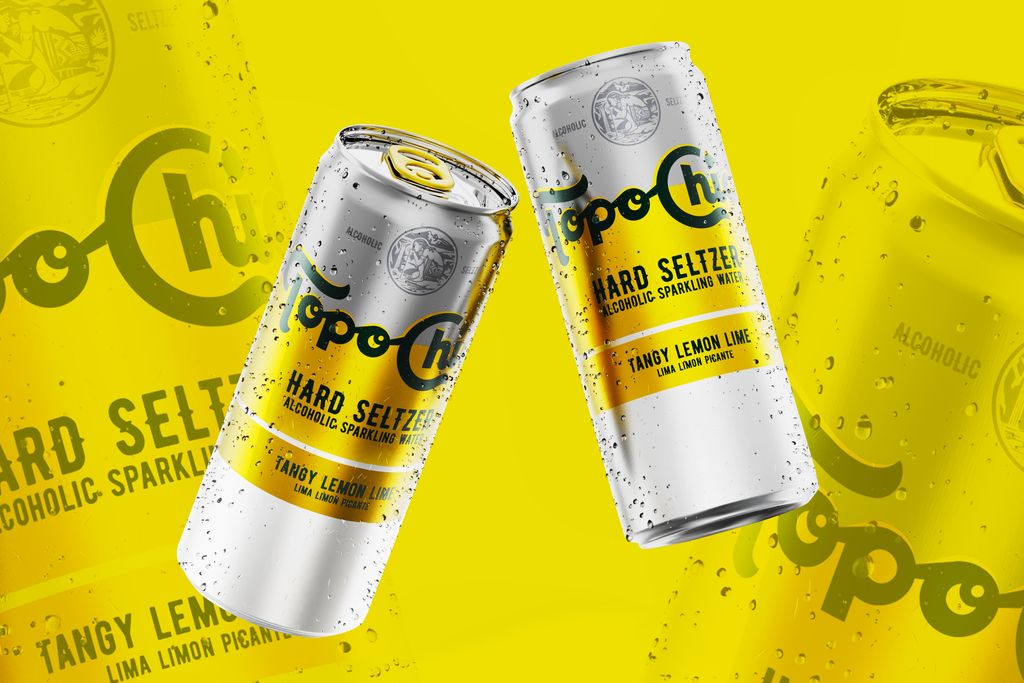 Soda giant Coca-Cola Co. is poised to enter the alcohol market in the U.S. with a new hard seltzer under its Topo Chico brand, which to this point has only been available as a non-alcoholic sparkling water.

Topo Chico Hard Seltzer will debut in some Latin American cities this year and hit the U.S. in 2021, the company confirmed to Ad Age. Trade publication Beverage-Digest first reported the news.

While Coke has experimented with alcohol beverages in overseas markets in recent years—including in Japan—it has not been involved in the sector in the U.S. in more than three decades. It once owned a wine business, but that was sold in the early 1980s.

But the fast-growing hard seltzer category has proved too alluring to resist. And Topo Chico has a natural entry point: The brand, which Coke acquired in 2017, owes its rising popularity in part to its use as a mixer, including for drinks like “Tito’s and Topo,” which blends the sparkling water with Tito’s Vodka.

The brand won’t be made with the same mineral water used by the core Topo Chico brand, which sources its water from Monterrey, Mexico, according to Beverage-Digest. Instead the hard seltzer will be made locally. Can images supplied by Coke show the product touted as having a “tangy lemon lime” flavor.

“The Coca-Cola Company is committed to exploring new products in dynamic beverage categories, including hard seltzer. Topo Chico Hard Seltzer is an experimental drink inspired by Topo Chico sparkling mineral water, which has been popular with many mixologists,” the company said in a statement.

While the hard seltzer category is growing at a fast clip, Coke must contend with an array of competitors, mostly from companies that have decades of experience operating in the alcohol market. The leaders are White Claw and Truly, owned respectively by Mike’s Hard Lemonade-maker Mark Anthony Brands and Sam Adams marketer Boston Beer Co. But brewing behemoths Anheuser-Busch InBev and Molson Coors are upping their hard seltzer games, funneling more marketing behind relatively new entrants.

Molson Coors, for instance, plans to introduce Coors Hard Seltzer in August, and it just released a new ad campaign for its new Vizzy seltzer brand, which it touts as being the “first hard seltzer with antioxidant vitamin C.” AB InBev, meantime, has poured major money behind its Bud Light Seltzer line extension, including a Super Bowl ad earlier this year, starring Post Malone.

But at current growth rates, there appears to be room for more entries. In April, hard seltzer sales shot up more than 300 percent and the category is now worth about $2.1 billion in annual retail sales, according to Beverage-Digest, which sourced data from Bump Williams Consulting and RBC Capital Markets.

Hard seltzers have benefited from perceptions that they are healthier and cause less bloating than other alcohol products like beer. “Its gender-neutral branding and sessionability further underpin consumer appeal,” Sanford C. Bernstein noted in a recent report. The company forecasts that hard seltzers could grow to represent up to 20 percent of the U.S. beer/flavored malt beverage market, up from about 2.8 percent in 2019.