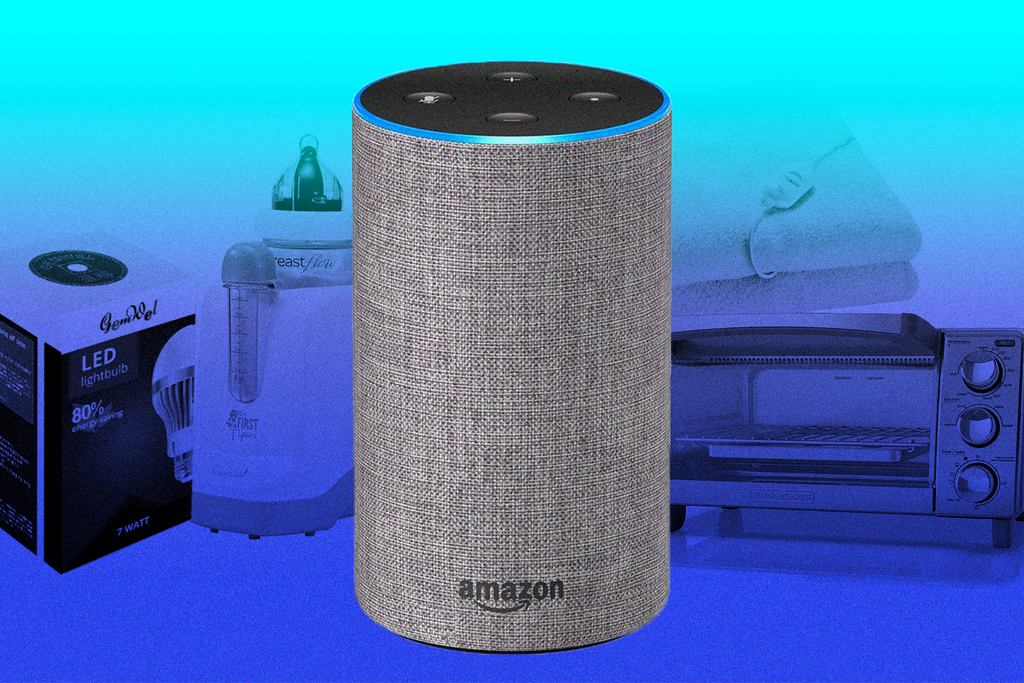 Amazon’s Alexa-enabled devices are already in more than 100 million homes—but an Echo may be just the beginning of the Seattle-based ecommerce giant’s foray into the home.  In late September, Amazon filed a trademark application for Alexa-branded home appliances. The filing is exhaustive and includes more than 100 different household products, from the mundane—“smart home connected LED lighting systems”—to the rare—“voice-responsive ice-cream makers.”

“This application says that Amazon has an intent to sell these Alexa-branded home appliances—lightbulbs and other items,” says Josh Gerben, principal of Gerben Law Firm. While some trademark applications never come to fruition, Gerben points out that Amazon “has a history of making its own branded items.” Indeed, Amazon’s private label products, from brand names such as Amazon Basics, Amazon Elements and Solimo account for $2.3 billion in sales.

Earlier this year, even Amazon rolled out the industrial toilet paper when it debuted AmazonCommercial, a line of office products for business customers.

An Amazon spokeswoman declined to comment on the trademark filing.

“I’d call this a massive application in the sense that the products it’s covering is extraordinarily significant—it’s literally like everything in your house,” says Gerben.

The filing could also be for co-branded appliances, such as a GE stove powered by Alexa, for example. Many appliance retailers have already integrated the virtual assistant into their brands.

However, Gerben cautions that the trademark application was worded in a way that appears to be brand-driven, not software-driven. Amazon has previously filed software applications around Alexa.

But consumers might not want to plan their holiday shopping around Alexa appliances. Trademark applications typically carry a lengthy, multi-month approval process.