Billboards across California incorporate data and humor that play up Eaze’s tech-driven platform.

Today’s cannabis market looks a lot different from when California delivery service Eaze first came onto the scene six years ago. For one thing, its home state had legalized cannabis for recreational use in 2016, and more states have followed suit. Cannabis consumers now face less stigma, while brands have dropped stoner stereotypes to depict weed users as everyday people. Experts now predict the legal marijuana market will balloon to $73.6 billion by 2027.

Such conditions made it the right time for Eaze to reconfigure its own marketing. For its first brand refresh since 2014, the service is rolling out a humorous out-of-home and digital campaign that moves from more sedate messages to fully embracing the "high" life.

The company describes its “Eaze 2.0” campaign as the first to celebrate cannabis consumers “at their highest” with themes like space, food and relaxation. With the tagline “Highly Calculated Delivery,” billboards across every market in California incorporate data and humor that play up Eaze’s tech-driven platform and the new-found acceptance of cannabis culture.

“It takes 3,240 tons of fuel to reach the moon. Or 1 gram of Sour Diesel,” reads one billboard. Another states: “For quality assurance, we sampled 63 edibles. 238 tacos were also sampled.” 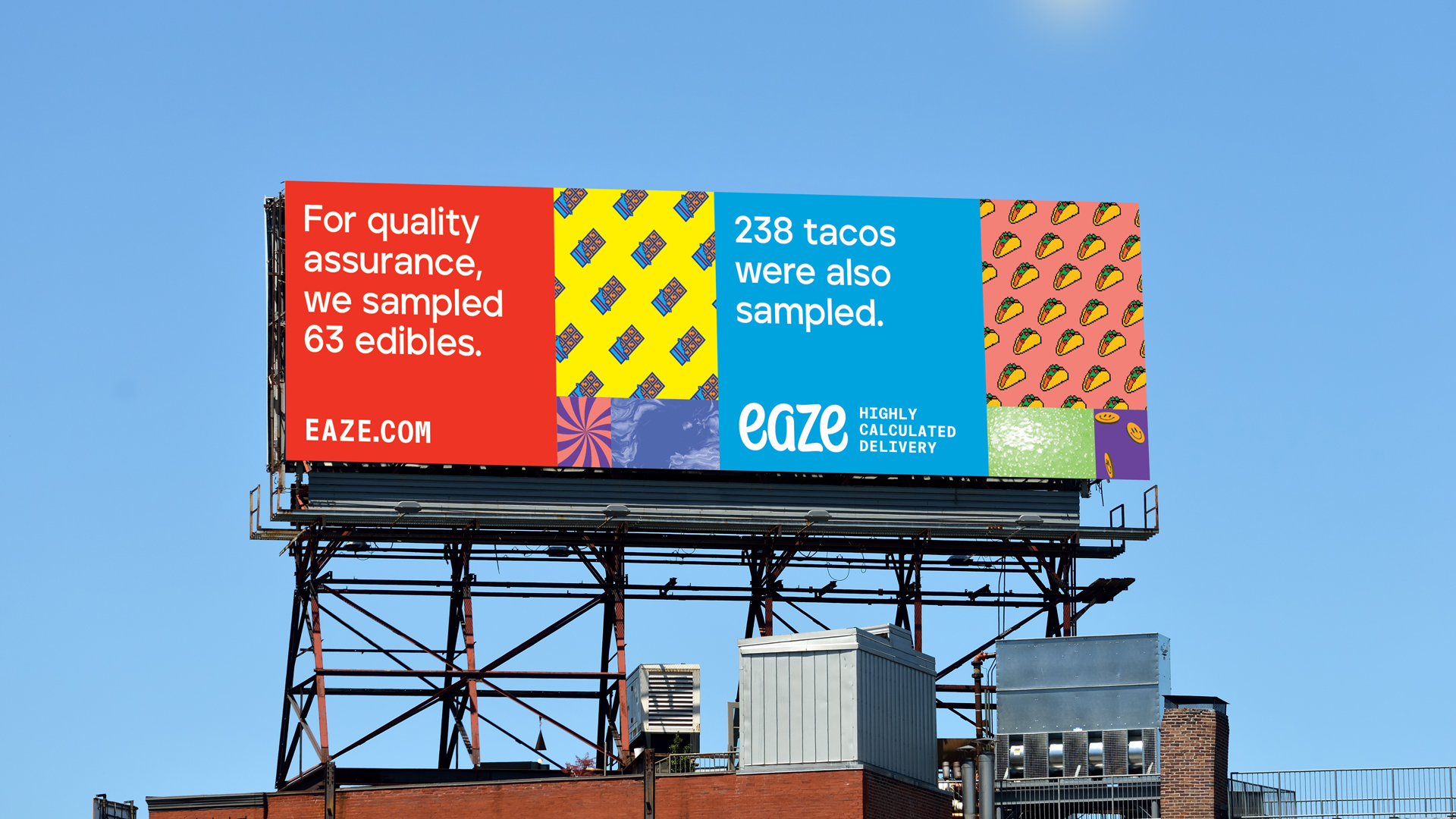 Some billboards draw from hyper-local facts. “There are 50 trillion gallons of water in the SF Bay. That’s a lot of bong refills,” reads a billboard in San Francisco. Another L.A.-based sign states: “Pages left in your screenplay: 36. Weed deliveries until you finish: 36.” 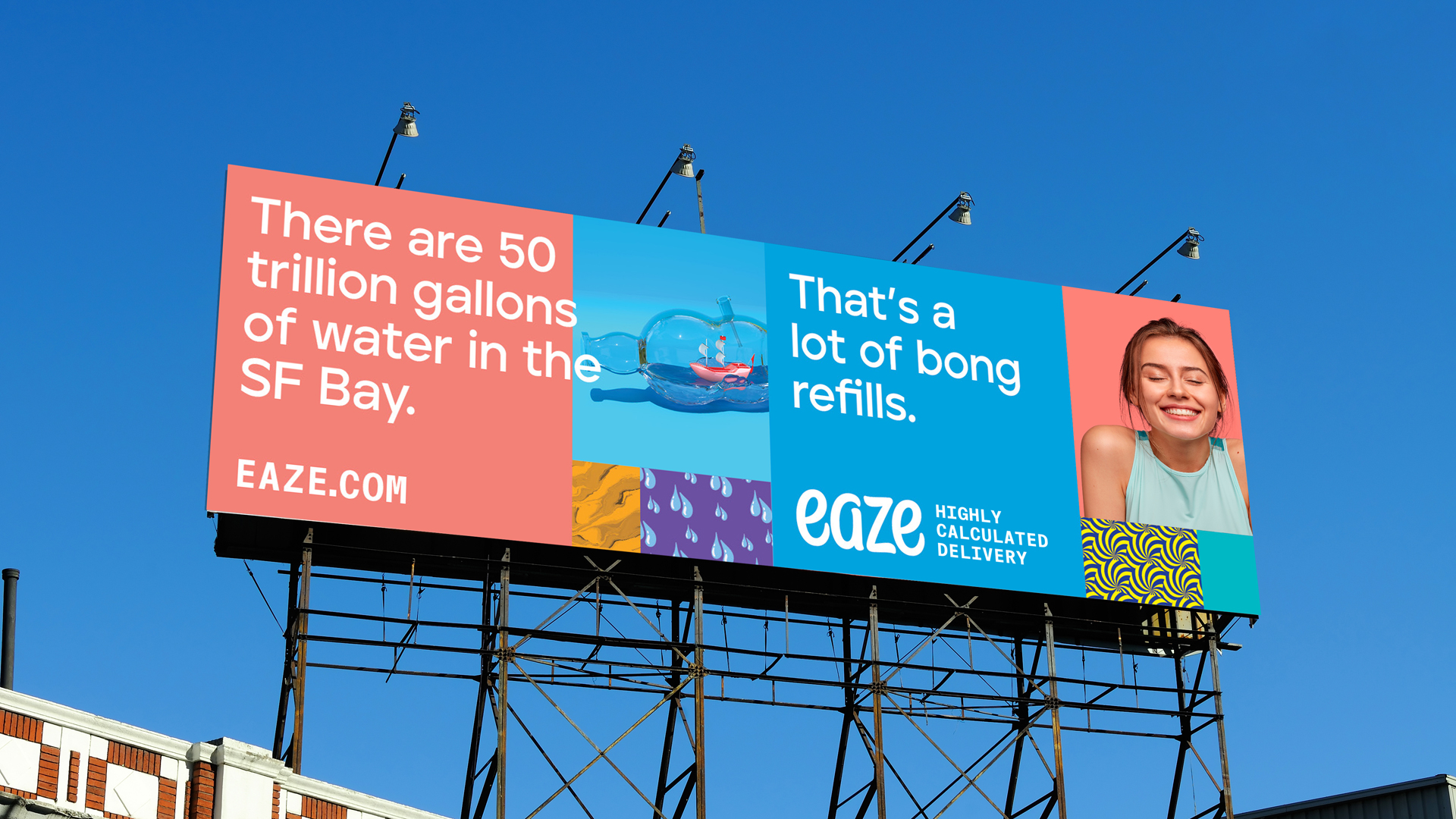 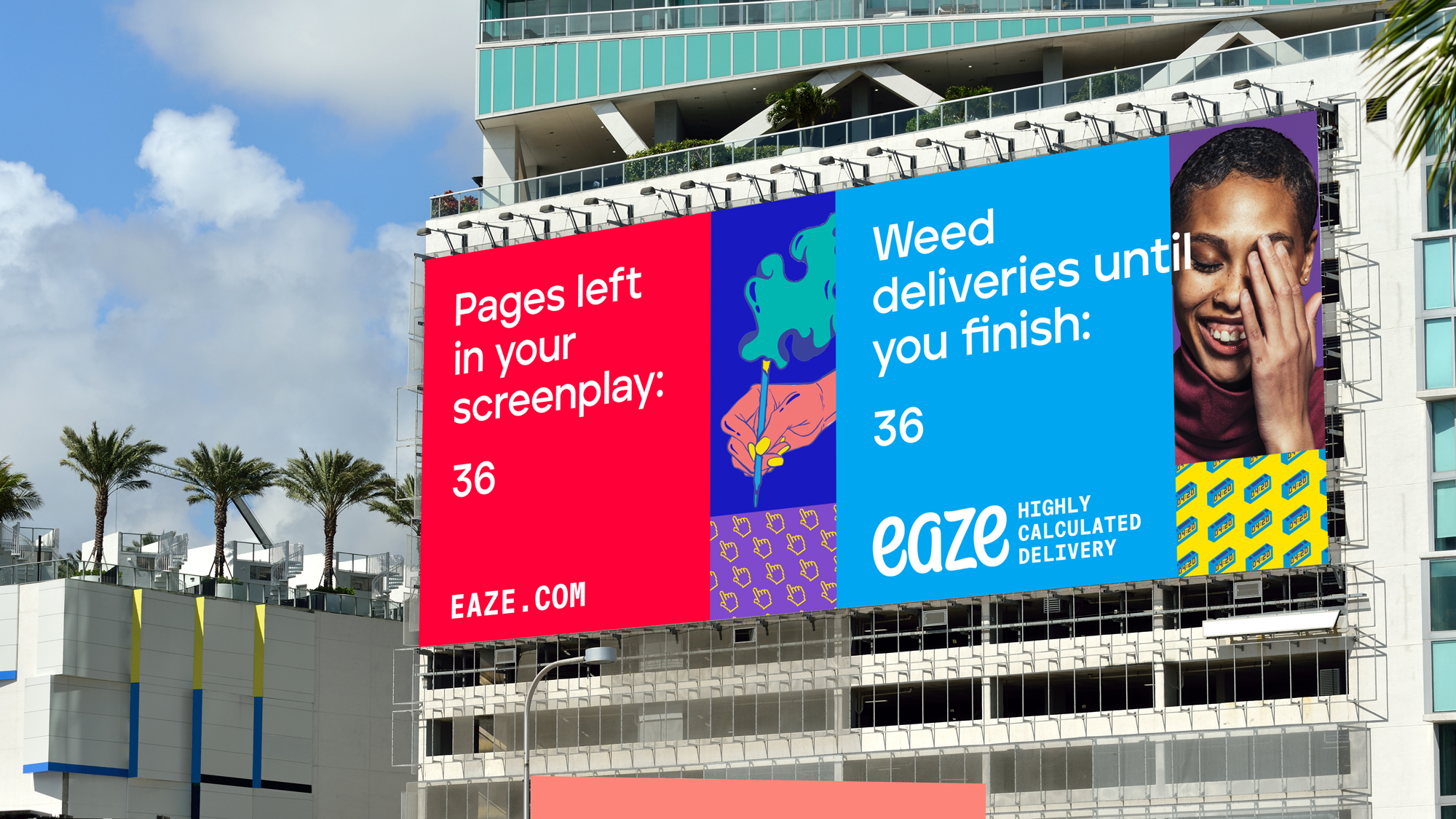 “Eaze is a very different company today than even a couple of years ago, and cannabis has reached a whole new level of normalization,” said Eaze’s VP of Marketing, Sheena Shiravi, in a statement. “The rebrand reflects Eaze’s 2.0 business strategy and where this very magic plant is taking us in the future.”

The effort arrives just as another cannabis company, Cresco Labs, is trying to push the industry to adopt advertising standards. Such would include rules against ads suggesting "that over-consumption is in any way acceptable, 'fun,' or 'desirable," and those depicting consumers "lacking physical or mental control" over their speech and behavior after using cannabis.

The new direction comes as Eaze shifts away from being a tech-based provider of other cannabis brands to owning retail with its own line of goods. The online marketplace, which has more than 600,000 customers and sells for more than 100 licensed brands, has raised over $200 million to build or acquire its own cannabis labels, according to the company.

Eaze worked with San Francisco-based studio Born & Bred on the brand refresh, which also included a refinement of its blue and white logo.