EBay and Target dig at Amazon ahead of Prime Day: Marketer’s Brief 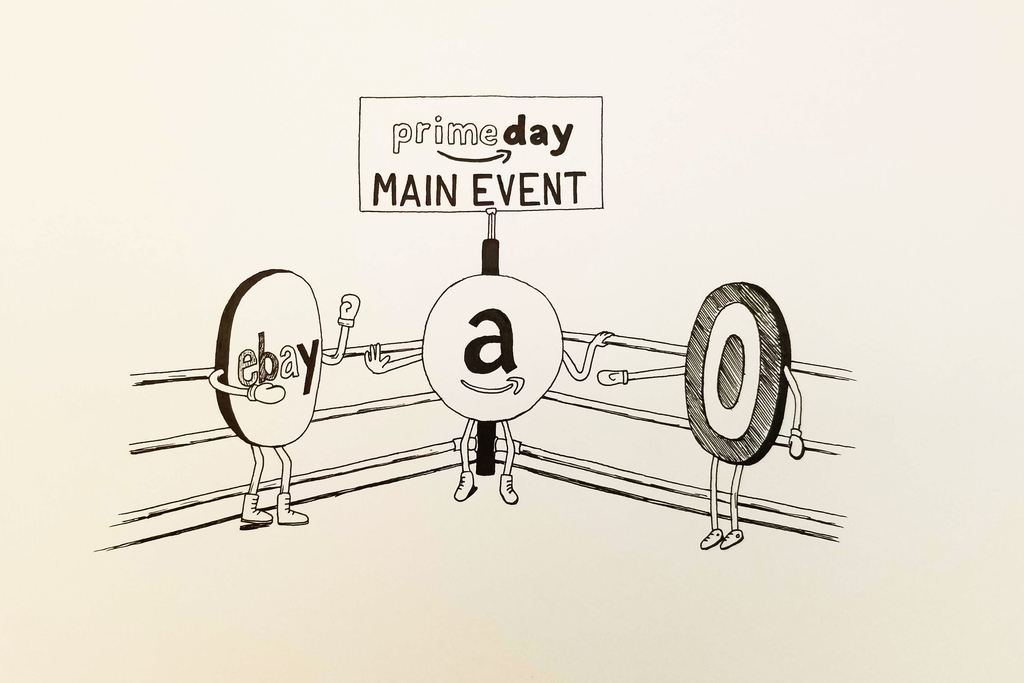 It might not be Christmas in July, exactly, but Amazon's Prime day has emerged as a major retail force. Look no further than how its competitors are responding to news that the online retail giant’s annual summer shopping bonanza will run for 48 hours, 12 more than last year, on July 15 and 16.

Target quickly followed up with “Target Deal Days,” unsurprisingly also on July 15 and 16, a double dose of its “One Day Sale” last year. The two days of “red hot online sales” do not require a membership, proclaimed a press announcement in a dig at Prime membership.

Ebay was less subtle. The retailer, no stranger to throwing shade at Amazon, didn’t hold back this year. The marketer is running its own “Crash Sale” on July 15—poking fun at Amazon’s glitch-ridden Prime Day in 2018, which was rife with website crashes that disappointed shoppers. “If history repeats itself and Amazon crashes that day, eBay’s wave of can’t-miss deals on some of the season's top items will excite customers around the world,” eBay proclaimed in a release. Special deals with even deeper discounts will only drop if Amazon’s site fails.

Beyond big names like Target, eBay and Walmart, which is bookending the two-day event with four days of deals, other retailers are hoping to piggyback on consumer’s willingness to open up their wallets for Prime Day. According to coupon site RetailMeNot, more than 250 retailers are planning to participate in Prime Day-related promotions, a 30 percent rise over last year.

Ritas rallies women
Leveraging the women’s empowerment movement has been a standard marketing play for beauty brands for years. Now a fruity malt beverage brand is seizing the issue. Is it a stretch? You be the judge:

The brand is Ritas, a line of margarita-inspired drinks owned by Anheuser-Busch InBev that has traditionally targeted women. A new campaign by Fallon New York called “#NeverApologize” includes a full-page ad that ran Tuesday in the New York Times. The ad mentions the words often used to criticize the sweet-tasting drink–like “trashy,” “gross” and “girly.” It then notes that “we get” the criticism because “we’re a margarita in a can. But we can’t help but notice these labels are often used to bring down women. And THAT we don’t get.”

A video (below) carries a similar theme.

Drinking and gaming
Beer marketers–which for years have poured ad dollars into football, baseball and basketball–are taking up a new game: esports. MillerCoors and Anheuser-Busch InBev have both struck sponsorship deals with esports properties. Now AB InBev is trying to take it to the next level by attempting to claim the title as 'The Official Beer of Esports.” Trademark lawyer Josh Gerben spotted the brewer’s trademark application for the phrase and tweeted about it.

Anheuser-Busch has filed a trademark application for "THE OFFICIAL BEER OF ESPORTS."

An AB InBev spokesman told Ad Age that “this move to trademark ‘The Official Beer of Esports’ is another signal of our investment to connect with fans in this ever-growing territory,” noting that the brewer has “long been a supporter of esports.” He referenced Bud Light’s sponsorship of the Overwatch League, noting the brand “will have a presence at league events this season and beyond.”

Veggies, oats and … yogurt?
Kraft Heinz, not exactly known for fruits, vegetables or yogurt, is selling a product that combines all three. Fruitlove is being called a “spoonable smoothie” and sells in the yogurt section for a suggested price of $1.99 per cup.

Meantime, Silk is jumping on the oat milk craze with a new yogurt line branded “Oat Yeah,” made from gluten-free oats blended with live and active cultures. It follows the launch earlier this year of  Silk Oat Yeah Oatmilk beverage.

Move over Pringles. Vegan Rob’s is getting into chips. Potato-based Cauliflower Crisps and Turmeric Crisps are two of four available flavors. #FancyFoodShow pic.twitter.com/oA7Cno8Zm0

Visiting my Grandma in Wisconsin and I open up the local paper. pic.twitter.com/r721pQHvqQ

Comings and goings
Wendy’s, fresh off multiple Cannes Lions wins, has promoted Carl Loredo as U.S. chief marketing officer. He reports to Kurt Kane, who in May was elevated to the role of president, U.S., and chief commercial officer after serving as chief concept and marketing officer. Loredo joined Wendy’s from The Marketing Arm in 2016 as VP of brand marketing, and in 2017 took over responsibility for creative development and advertising, media buying and social programming.

Green Growth Brands, a cannabis lifestyle company, has tapped Jann Parish as CMO. Parish was most recently CMO at Victoria’s Secret and has also worked at Calvin Klein.