Subscription startup paid $100 million for the 193-year-old chain
READ THIS NEXT
The Week Ahead: Facebook and McDonald’s report earnings and Denzel Washington flick comes to HBO Max 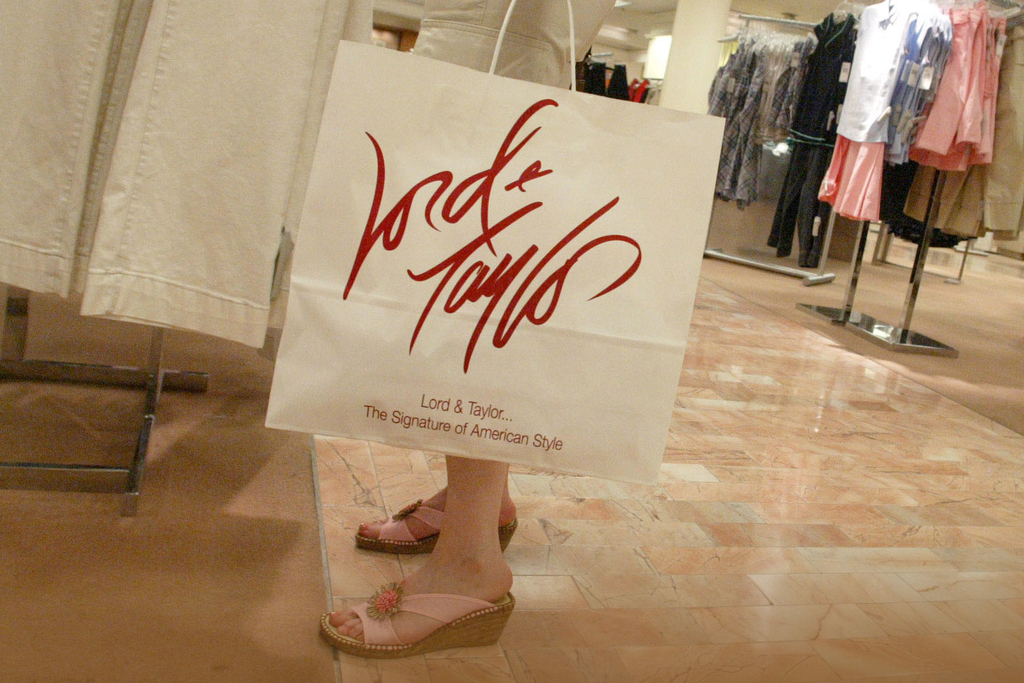 Lord & Taylor is getting a lifeline, in the form of one of the new retail startups that helped contribute to its demise earlier this year. On Wednesday morning, the once-storied department store chain’s parent company Hudson’s Bay Co. announced the sale of the brand to Le Tote, a fashion rental service.

Le Tote is paying $100 million for the 193-year-old chain, a far cry from the $1.2 billion a private equity firm paid for it in 2006, but another clear sign of how much retail has changed in the interim. As new direct-to-consumer brands like Everlane and Allbirds have gained loyal customers and opened their own stores, department stores have struggled to remain relevant. Hampered by dinosaur infrastructure and bloated real estate, such heritage players contrasted with the new breed of startups that boast compelling propositions, like clothing rental services, to younger consumers eager to inject more newness into their closets and not pay a lot for the privilege. Le Tote, which offers personalized clothing subscriptions and rental opportunities, has flourished, alongside Rent the Runway and Stitch Fix.

Seven-year-old Le Tote, which is based in San Francisco, will acquire the Lord & Taylor brand and intellectual property as well as the operation of the chain’s remaining 38 stores and e-commerce site. Lord & Taylor closed its Manhattan Fifth Avenue flagship in January after more than a century of operation—HBC sold the 11-story building to WeWork.

The chain has struggled for years with slowing sales and fleeing shoppers; while competitors like Macy’s and Nordstrom have been able to inject some shiny newness into their brands—in Macy’s case, with the acquisition of rotating concept shop Story—Lord & Taylor has simply shrunk. An unlikely partnership with Walmart in which Lord & Taylor items sold on the larger retailer’s e-commerce site in 2017 did little to staunch the bleeding.

Last year, Lord & Taylor generated $1.4 billion in retail sales, but had a $119 million loss, according to a press release. HBC, which also owns Saks Fifth Avenue, acquired the chain in 2012. HBC began exploring a sale or other alternatives for the brand earlier this year following years of sales declines.

In a recent report, Oliver Chen, a retail analyst at Cowen & Co., wrote that his firm expects the resale and subscription retail models to grow 20 percent or more on an annual basis.

“We believe subscription and rental business models will increasingly look at physical points of distribution or partnerships in order to drive awareness, adoption, and customer acquisition as this market grows,” wrote Chen. “We also believe customers appreciate the value, sustainability, and uniqueness of re-commerce.”

As weakened heritage players continue to decline, more deals could be on the way.

“Some poorly performing traditional companies will always be looking for an exit and anyone willing to buy them at a discount, including startups, are viable contenders,” wrote Sucharita Kodali, VP and principal analyst at Forrester Research, via email.

Learn more about the changing face of retail at Ad Age Next: D-to-C on Sept. 9 before tickets sell out. Buy yours here.