A former Procter & Gamble marketer and Kraft CEO are among those betting on Nature’s Fynd, whose key ingredient comes from Yellowstone National Park
READ THIS NEXT
Beer can shortage lets up but that won’t save some Molson brands 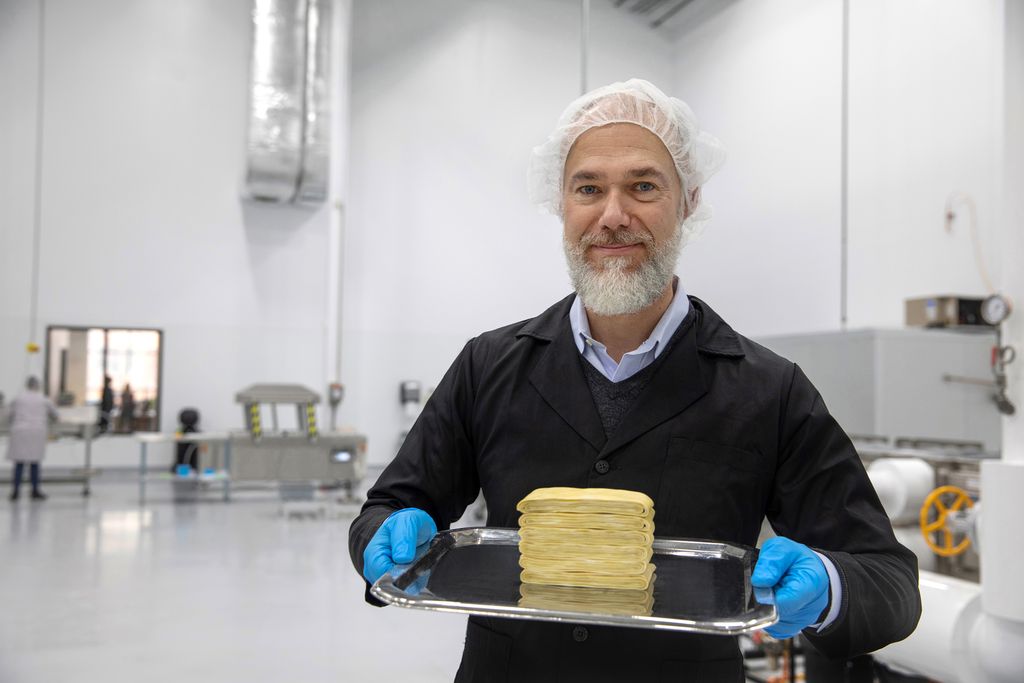 In 2009, Ph.D. student Mark Kozubal was studying the acidic hot springs at Yellowstone National Park, with support from NASA. He was searching for the types of organisms that might be able to thrive in an environment outside of Earth. Kozubal spotted a microbe, which was soon dubbed MK-7, as it was the seventh organism he found.

A sample of it was taken, with permission, from the park. Using a fermentation process, that microbe produces an animal-free protein packed with the nine essential amino acids.

The protein, Fusarium strain flavolapis, or “Fy” for short, is the basis for a new food brand called Nature’s Fynd that is hitting the market soon and has the potential to shake up the multibillion-dollar traditional meat and dairy industries with minimal impact on the environment.

The industries are already in flux as meatless startups like Beyond Meat and Impossible Foods gain momentum and steal market share from old-school food marketers, which have responded by creating their own environmentally friendly brands. As result, the space has gotten more competitive, prompting new marketing investments as the brands battle to win over consumers concerned about their health, animals and the environment.

Nature’s Fynd is still in its infancy and has yet to spend money on marketing. But the brand has lured major investors and interest from former executives at big food companies known for prioritizing advertising. They includes Karuna Rawal, who joined the company in 2019 as chief marketing officer, and its first marketing hire, after getting a call from a recruiter.

Rawal worked on products including Jif peanut butter and Folgers coffee during her tenure at Procter & Gamble and on brands including Sunny Delight and Sara Lee as a consultant. At Leo Burnett, she was a lead strategist on P&G’s Always “Like a Girl” campaign and led the agency’s shopper marketing arm, Arc Worldwide.

After working for and with large companies, the potential to create a brand and tinker with product strategy from scratch excited Rawal. While interviewing for the position, she also spoke with companies in the more established consumer packaged goods arena, where people were trying to overcome category declines. “There was a lot of going against the current to try to figure out how to make things work,” says Rawal.

Nature’s Fynd, she decided, offered the opportunity to go into a category with a tailwind rather than headwinds. The lifelong vegetarian did taste tests before she signed on. “I said ‘I’m not going to take this job if I don’t get to try the product,’” she recalls.

Another person who has sampled Nature’s Fynd’s products is board member Tony Vernon, the former Kraft Foods Group CEO, who invested his own funds in the company.

“A lot of companies talk about mission. This is really mission,” says Vernon, who has spent his career prioritizing marketing messages that resonated with consumers at Johnson & Johnson, where he worked on brands including Tylenol and Splenda, and later at Kraft, where he led the North America business and then the entire company upon its split from Mondelēz International.

“The thing that food companies struggled with is how do you get into health and wellness without jeopardizing the amazing brands that you have that might not have those values,” says Vernon.

He foresees Nature’s Fynd disrupting an existing food industry that has great brands, he says, “but is using up scarce resources.”

“If they can do something better than how animals can do it, then let’s bring it on,” says Michele Simon, executive director of the Plant Based Foods Association, which represents brands in the fast-growing category. U.S. retail sales of plant-based foods rose 11.4 percent to $5 billion in 2019, according to the association’s data, and the rate of growth has only increased since then.

Products featuring Fy, which is low in fat and has no cholesterol, might launch under the Nature’s Fynd brand name as soon as 2021. Before any products hit stores, Nature’s Fynd is starting to market itself as “a food company for optimists.” The company has not yet hired a creative shop, though it has worked on projects with agencies on design, PR and its website.

Marketing dollars have poured into the plant-based sector, with Beyond Meat and Impossible Foods—each backed by a lineup of celebrity endorsers and investors—standing out among meatless brands. The category overall has gained more space in grocery stores and people’s kitchens during the coronavirus pandemic.

Nature’s Fynd was originally called Sustainable Bioproducts before taking on the new name in March. The change coincided with two major announcements: an $80 million round of Series B funding and the opening of a new manufacturing facility in Chicago, in a building that used to be a bustling hog processing facility during the city’s stockyards heyday.

All Nature’s Fynd’s microbe needs to do is feed off of a simple sugar. The way Rawal explains it, the process is much like when sugar is added to help yeast grow when making bread. And that fermentation happens indoors, on trays, with minimal resources.

“We don’t need sun, rain or soil to grow Fy,” Rawal says, contrasting it with other food sources like cattle—which need grass to eat and space to roam before various forms hit dinner plates—or soybeans and peas, which require farmland before they find their ways into vegan products. “It’s also not a very picky eater,” she adds.

The former hog processing facility was chosen with its history in mind. And its 35,000-square-foot downtown Chicago location serves as an easy draw for talent in the broader food and ingredient industry that has a strong foothold in the Windy City. “What we’re now bringing to that very same space is a new protein,” says Rawal.

Rawal has brought on marketers including Brian Frances, the director of consumer insights, who spent a decade in more traditional packaged food, in consumer insights and strategy roles at PepsiCo Inc.; and marketing director Kwany Lui, who was director of innovation at Tyson Foods and co-founded Bundle Organics, a juice line for pregnant women.

Competition has a head start

Rawal says Nature’s Fynd is in discussions with retailers and, while some talks have been pushed back due to COVID-19, she expects the products to hit stores within the next 12 months. The company plans to sell a variety of items under the brand name Nature’s Fynd, though Rawal hesitates to name any specific categories in which the brand will make its retail debut. The protein, she says, can be the basis for foods from sweet to savory, showing up in items including alternative meats and dairy products, as well as drinks.

Its target consumer, to start, will be one that might be expected: “younger, open to alternate proteins, who cares about the impact of their food on the environment,” says Rawal.

The percentage of Americans who identify as vegetarians or vegans remains low, at around 5 percent to 6 percent. For all of the plant-based brands, the big opportunity is among diners who are reducing, not eliminating, their meat consumption. Those people, often labeled “flexitarians” by those in the industry, might already be 30 percent to one-third of the population, says Simon.

Beyond Meat and Impossible Foods, along with brands including Kellogg’s Morningstar Farms and Conagra’s Gardein, have posted strong double-digit and even triple-digit sales gains at grocery stores in recent months.

“They’re all trying to jockey for space on the store shelves,” says Simon. “The more the merrier, we need all solutions on the table.”

At Nature’s Fynd, research conducted before the pandemic showed there was pretty broad appeal and interest from consumers. Then, the food supply chain came into focus, first with COVID-19 originating from a wet market in Wuhan, China, and later closer to home, as U.S. meatpacking facilities soon saw dozens of workers infected with the virus, spurring additional interest in meat-free foods. Interest in Nature’s Fynd shot up double digits, Rawal says, citing the company’s research.

“I think this pandemic has actually created even more tailwind than we would have imagined because it has accelerated some cultural trends in food,” she says.

Nature’s Fynd is the first food brand to use a microbe from Yellowstone.

Simon, who has not personally seen nor tasted the company’s products, says that while the origin of the products might be different, “the underlying technology doesn’t appear to be new.”

As she and others have pointed out, U.K. brand Quorn uses a fungus, Fusarium venenatum, and ferments it to make a “mycoprotein,” as the company calls it. Quorn already sells its chicken substitutes and other products in the U.S.

Vernon, the board member and investor, says his own eating habits helped confirm the brand’s potential. Vernon grew up eating beef, and even visited the Chicago stockyards on a third-grade field trip. After some time as a vegan, Vernon says he now eats meat about twice a month. He also polls his three sons, who are in their 20s and 30s, about their dining habits.

Of today’s younger consumers, including his sons’ cohort, Vernon says, “This is a very discerning target with strong, passionate opinions about the brands they eat and what it took to get them to their plate.”

Brands such as Beyond Meat and Impossible Foods, Vernon says, can serve as a benchmark. While they focus on replacing meat products such as burgers and sausages, Nature’s Fynd has the potential to be put into a variety of products including solid, liquid, canned, frozen and fresh. “I don’t think you can say that about a lot of the other alternative proteins,” says Vernon. 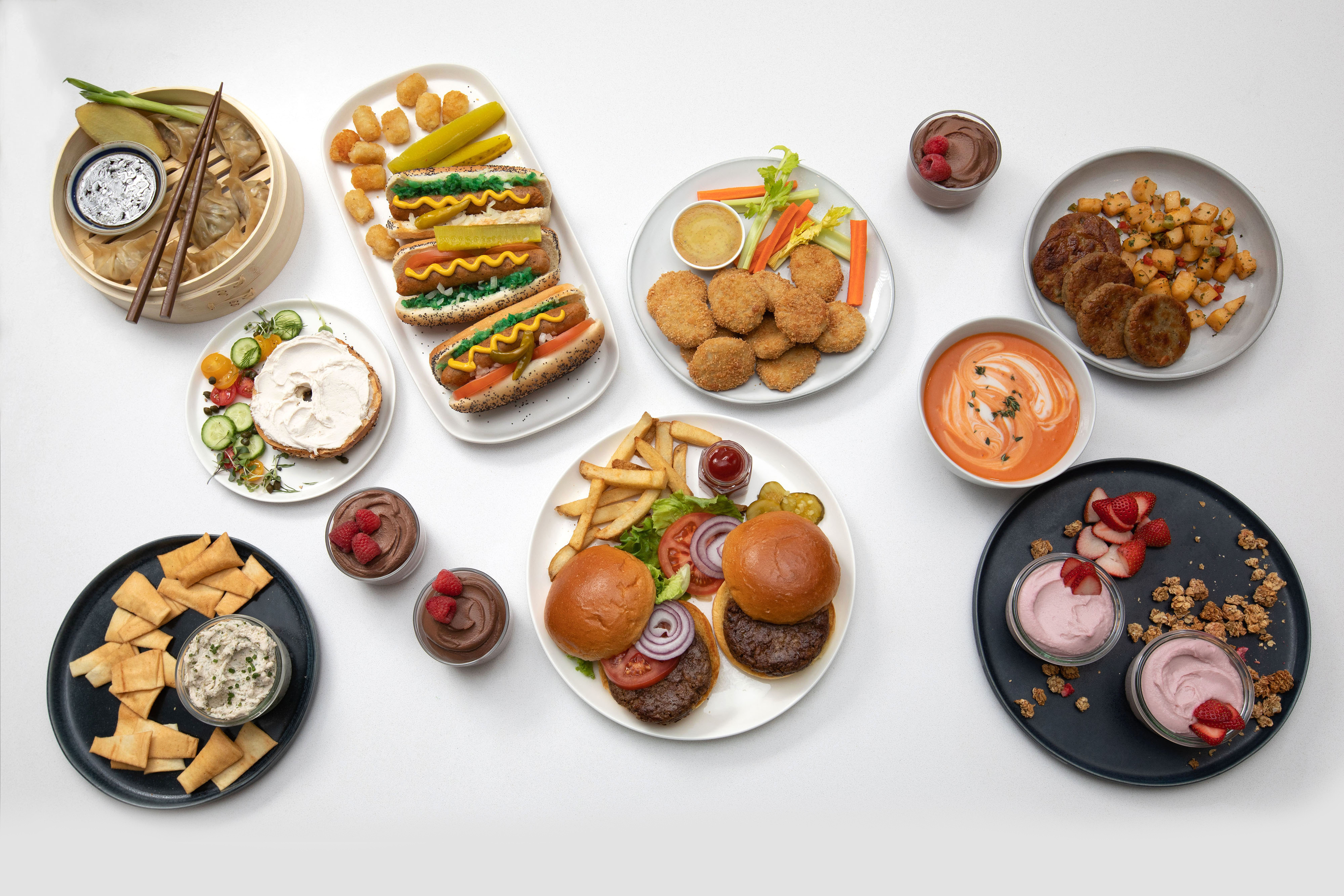 Hear from Karuna Rawal and other food and beverage industry executives, at the Ad Age Next: Food & Beverage Conference, on Sept. 22.