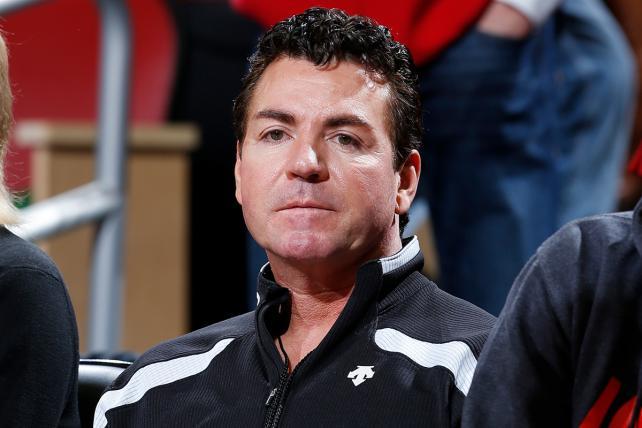 John Schnatter, who founded Papa John's more than three decades ago, has resigned as chairman of the board.

In a statement issued shortly after 11 p.m. EDT on Wednesday, Papa John's said its independent directors had accepted Schnatter's resignation.

While he's resigning as its chairman, however, Schnatter will remain on the board, the company said in a filing Thursday.

The move comes after a Forbes report on Wednesday that Schnatter had used the "n"-word during a May conference call with Laundry Service, which was the company's creative agency at the time.

Forbes reported that "Schnatter was asked how he would distance himself from racist groups online" and that he "responded by downplaying the significance of his NFL statement." This was in reference to a suggestion Schnatter made during the chain's November quarterly earnings call that sales had been dragged down because of how the NFL handled the players who kneeled in protest during the national anthem. (At the time, Papa John's was the official pizza of the NFL, a relationship that dissolved in February.)

Schnatter did not deny the Forbes report, and first apologized in a statement for his "inappropriate and hurtful language" during what was called a media training session regarding race. "Regardless of the context, I apologize. Simply stated, racism has no place in our society," he said. Late on Wednesday, it announced his resignation as chairman of the board.

Papa John's said it would appoint a new chairman in the coming weeks and that Olivia Kirtley acts as the lead independent director. Kirtley has been on the board since 2003, according to Papa John's.

It's been a tumultuous time at Papa John's. Schnatter stepped down as CEO Jan. 1, handing the role to Steve Ritchie, who had been president and chief operating officer. Brandon Rhoten, who joined as CMO in May 2017 and selected Laundry Service as the company's creative agency of record in October, left a year later. In February, after it ended its tenure as the official pizza of the NFL, rival Pizza Hut scooped up the designation.

And on Wednesday, as news of the conference call spread, Major League Baseball indefinitely suspended its Papa Slam promotion with the chain, Yahoo Sports confirmed.

Schnatter has also resigned from the board of trustees of the University of Louisville.

No details were provided in the brief press statement about Schnatter's stake in the company. As of March, Schnatter was its largest shareholder by a wide margin, holding more than 9.45 million shares of Papa John's, or roughly 29.4 percent of its outstanding shares.

Schnatter founded Papa John's in 1984 and opened the company's first restaurant in 1985. The pizza chain is the nation's fourth-largest by systemwide sales, trailing Domino's, Pizza Hut and Little Caesar's.