Same-store sales at Old Navy fell 1 percent, while analysts had forecast growth of 0.8 percent
READ THIS NEXT
6 things keeping CMOs up at night 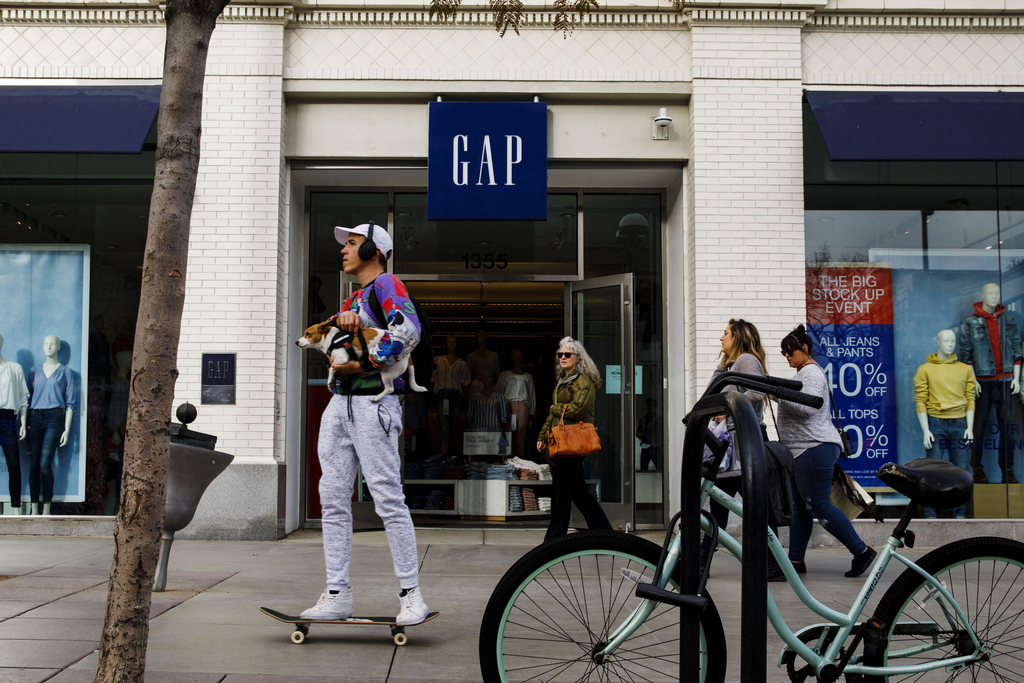 A Gap store on the Third Street Promenade in Santa Monica.

Gap Inc. tumbled as much as 16 percent—the most since 2016—after the clothing retailer reported a slump in sales at both its namesake line and Old Navy, threatening the potential appeal for a spinoff of the discount chain.

Same-store sales, a key measure of a retailer’s performance, fell 4 percent companywide, worse than the estimate compiled by Consensus Metrix. Weakness at the Gap brand appears to be deepening, with comparable sales down 10 percent, more than double the projection.

Another concern is Old Navy, a brand that the company refers to as a “powerhouse.” Same-store sales there fell 1 percent, while analysts had forecast growth of 0.8 percent.

A turnaround doesn’t appear imminent: Gap Inc. now expects same-store sales for fiscal 2019 to be down in the low single digits after cold, wet weather weighed on the first quarter. Poonam Goyal, an analyst with Bloomberg Intelligence, says the lowered guidance “implies continued weakness across all banners.”

The shares fell to as low as $17.32 on Friday, and the stock has now lost more than 40 percent of its value since an initial jump followed the announcement of the Old Navy spinoff at the end of February. Gap’s results also dragged down shares of Swedish rival Hennes & Mauritz AB and Spain’s Inditex.

Gap CEO Art Peck said on Thursday that the company is still “confident” in its plan to spin off Old Navy. The company has formed a team to manage the separation, and is planning an event in mid-September to discuss it with investors.

The company’s selection of clothing appears to be a key part of the problem. Chief Financial Officer Teri List-Stoll said Gap held back on marketing support during the first quarter in part because the merchandise wasn’t up to par.