Cresco Labs pushes for uniform standards in move to open up ad inventory for the rapidly growing industry
READ THIS NEXT
LeBron James parts ways with Coca-Cola, poised to back PepsiCo brands 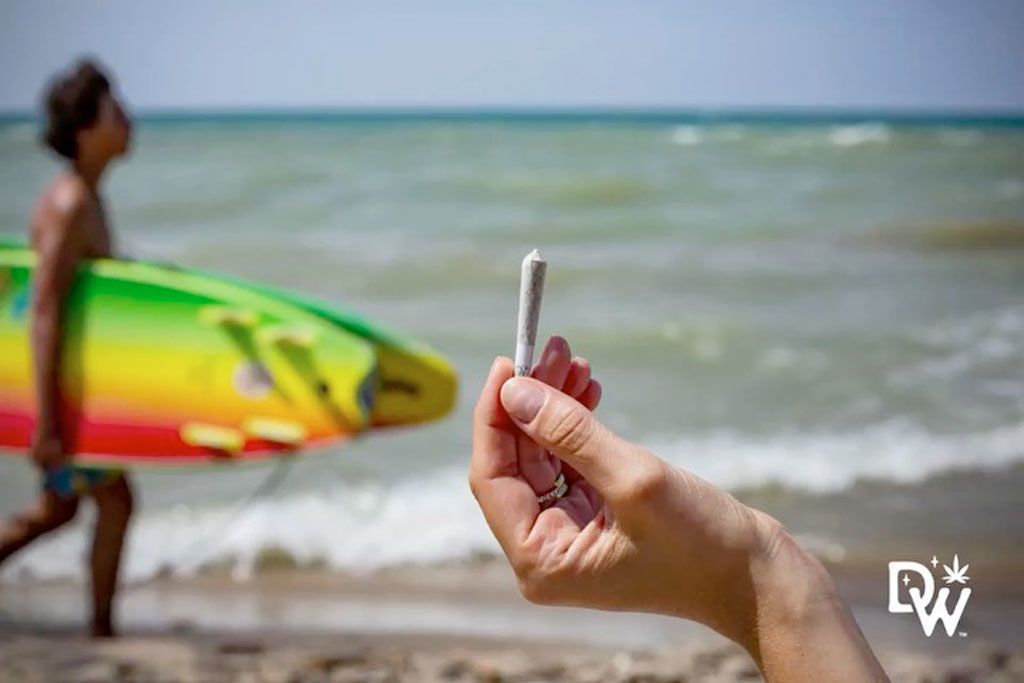 Dogwalkers pushed pre-rolled joints in an Instagram post showing surfers who appeared to be underage—the type of messaging that Cresco hopes its proposal will reduce.

Although recreational pot has cemented its status in the mainstream, the industry’s marketing is stuck in the Wild West where anything seems to go—including imagery suggesting underage consumption. One of the nation’s largest cannabis companies is now trying to change that by pushing new advertising standards that it wants the industry to adapt as a whole.

Cresco Labs—a vertically integrated, publicly traded company that operates in nine states—will publicly release its proposal today in advance of trying to win support from competitors to adopt the same, or similar, rules.

The proposal, shared in advance with Ad Age, includes rules like pledging never to show in marketing “a consumer lacking physical or mental control over their behavior, movement, or speech as a result of consuming cannabis.”

“We will never suggest that over-consumption is in any way acceptable, ‘fun’ or ‘desirable,’” it states. The rules also ban using a “symbol, image, or language that is of primary appeal to those under the legal age.” Cresco is also putting guardrails on its media buys and experiential activities, saying it will “take every reasonable measure to avoid contact with those under the legal age of consumption.” Find all the rules here.

The standards come as Cresco and other big cannabis firms push to normalize the industry in hopes of opening up more media inventory to run their ads. Recreational cannabis is now legal in 11 states, with 33 states approving medical use. But because marijuana is still illegal federally, publicly traded companies such as Facebook and Twitter generally do not accept paid pot ads. Ad agencies controlled by large publicly traded holding companies have also shied away from doing work for cannabis brands.

“It’s understandable why [publishers] would be cautious to move into this space,” Rothschild says. “What we hope to demonstrate is that there are standards and values that we share, that the entire industry shares, that we can all commit to.”

The opportunity for media companies is potentially immense. BDSA, which tracks cannabis sales, forecasts that global sales will reach $19.7 billion in 2020, including $16 billion in the U.S. It projects that U.S. cannabis sales will approach $34 billion by 2025.

Greg Butler, chief commercial officer of Cresco Labs, says that could translate to nearly $4 billion in sales and marketing spending. Cannabis companies had been focused on growing supply. But as their balance sheets improve—Cresco in June reported its first cash-flow-positive month in June—”you are going to start to see the big players investing in brands, cause you now have the money to do so,” Butler says. “But in order for us to make sure we are doing it the right way, there’s got to be standards.”

Because cannabis is still illegal federally, companies must comply with a patchwork of state regulations, including for marketing and communications.

It’s not hard to find cannabis marketing that violates the standards Cresco is pushing, some of it exhibited in unpaid social media messages. A brand called Dogwalkers earlier this summer pushed pre-rolled joints with an Instagram post showing someone holding one on a beach with text that states “let the good times (pre) roll.”  In the background are surfers that appear to be underage.

Another brand called Kushy Punch, which markets cannabis edibles, last Christmas Eve ran an Instagram post featuring a picture of Santa Claus with the text “#KushKringle getting ready to make his #Litmas deliveries like.” Santa Clause could be considered a symbol targeting underage users, according to Cresco’s code.

Kushy Punch and Dogwalkers did not immediately respond to requests for comment.

California cannabis delivery service Eaze has a new campaign out with lines that appear to glorify overconsumption, such as “For quality assurance, we sampled 63 edibles. 238 tacos were also sampled.”

Jason DeLand, a partner at ad agency Anomaly and co-founder of Dosist—which specializes in dose-controlled cannabis products—welcomes Cresco’s call for more-responsible marketing. “For the industry to develop into a real consumer packaged goods industry, more uniform standards are going to have to be put in place—from marketing, to product development to potency,” he says.

DeLand says that, of late, cannabis marketing has devolved into “selling T&A and a lot of potency,” referring to messaging he describes as “juvenile” and full of “Instagram bikini babes.”

AMG, THAT'S ME #STAYSTIIIZY Daydreaming bout riding round in a foreign with the homies. What's your dream car? Comment below and tag your crew! 🏎

There is of course sometimes a fine line between ads that entertain and those that cross the line. One of Cresco’s recent ads for its Good News brand that targets Las Vegas includes the copy, “up the ante, go all in and bet on a wild night”—which could be seen as a subtle plug for over-consumption. (One of its new rules states that “all brand names, visual identity, packaging, labels, internet, and social media handles for our products will not imply any positive aspect of irresponsible consumption.) 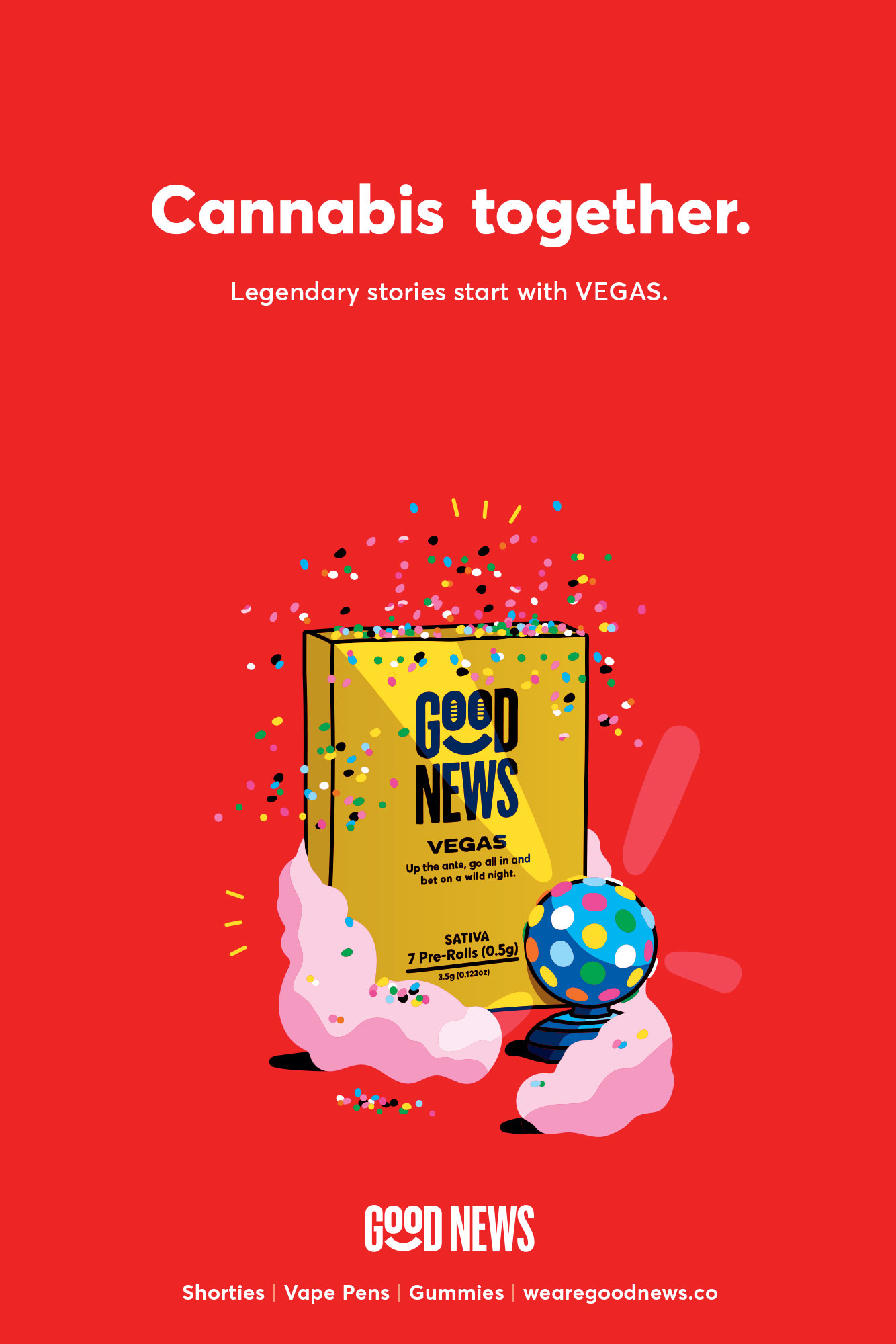 The company points out that the ad was only used inside a dispensary and viewed by people over the age of 21. Rothschild in a statement said: “Good News’ mindsets were created to help consumers navigate a complex category and to find cannabis products that pair well with their existing consumption occasions—not to create or suggest new ones.”

Marketing for its other brands are more product-focused, including a recent ad for its namesake Cresco brand. 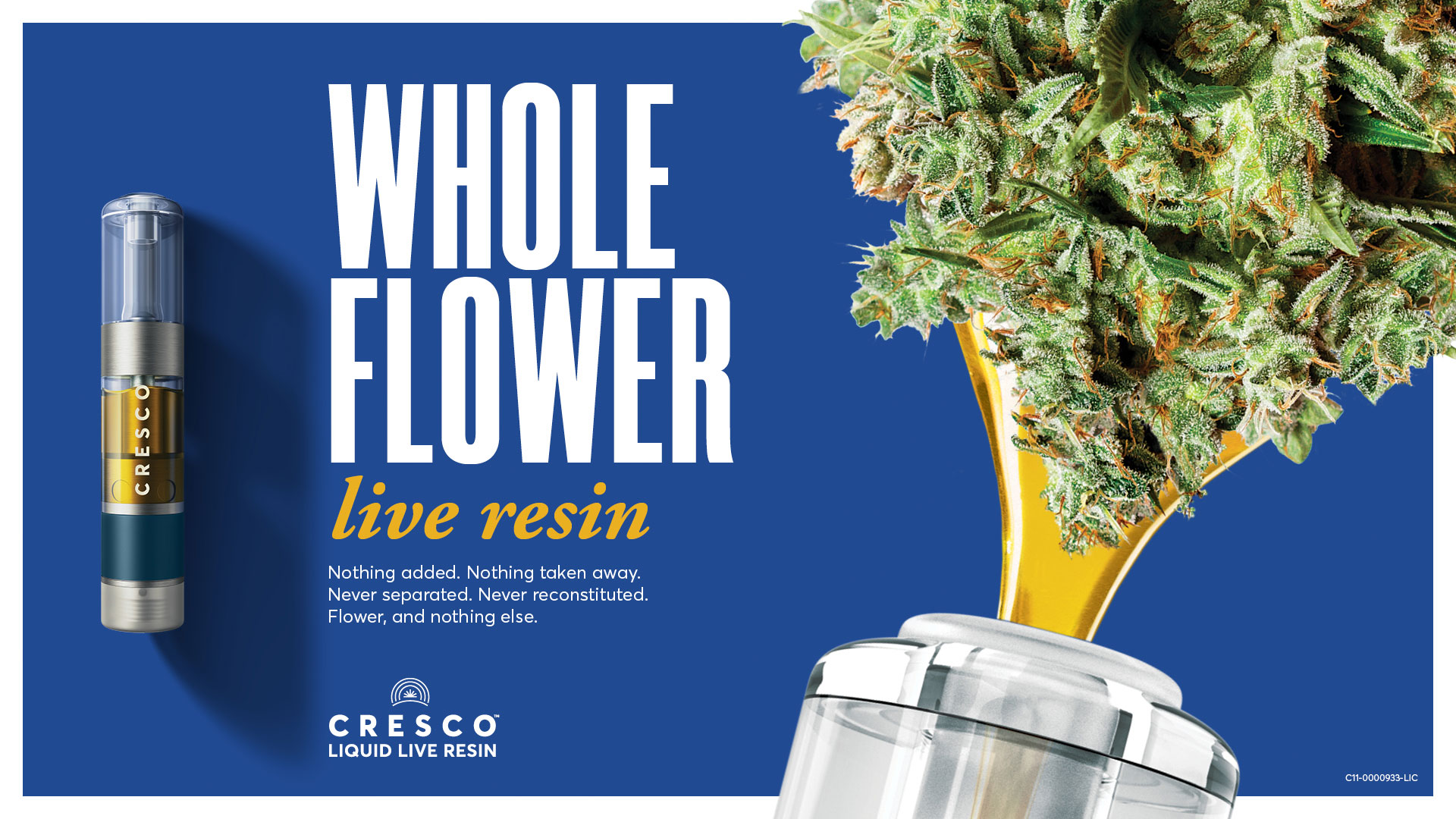 Cresco’s standards are modeled after self-regulatory systems put in place by other industries, including alcohol. (Butler is a former executive at Molson Coors.) The Beer Institute, a trade group representing the nation’s largest brewers, oversees a program adhered to by its members, including Anhueser-Busch InBev and Molson Coors. Rules, posted on its web site, include language such as “beer advertising and marketing materials should not depict Santa Claus” and beer advertising should not “claim or represent that individuals cannot obtain social, professional, educational, athletic, or financial success or status without beer consumption.”

Kevin George, who has held chief marketing titles at spirits marketer Beam Suntory, as well as cannabis firm Harvest Health and Recreation, says a challenge that cannabis has that alcohol does not is that some cannabis products are in forms that by their nature have appeal to underage consumers—such as candy-like gummy edibles. But he called Cresco’s code “much-needed,” adding that “anything that provides that level of consistency and responsibility to the advertisers is really smart.”