READ THIS NEXT
Trending: Reebok’s plant-based shoe and Sizzler’s flame-out 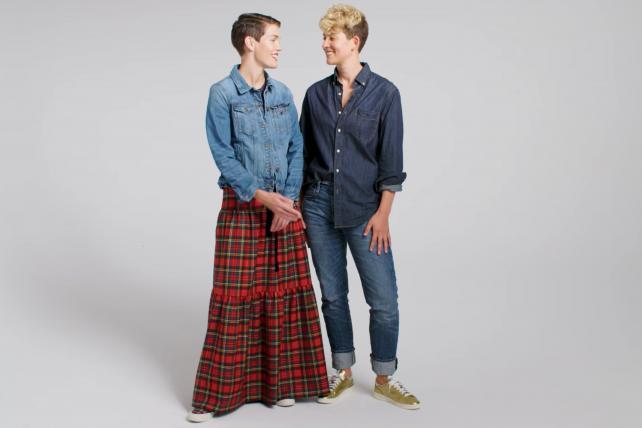 Holiday By You: Gifts by J.Crew
Credit: JCrew

One of the big takeaways from the recent Black Friday holiday shopping weekend was the continued dominance of e-commerce. Led by mobile, online spending was up roughly 17 percent on both Black Friday and Cyber Monday over last year. People are still spending—they're just doing it online.

J. Crew, which has struggled in recent years to find the right mix of product and price, is taking that to heart, implementing a digital-first strategy this holiday season even as it closes more brick-and-mortar stores than earlier expected.

"We're customer-first more than anything, and laying into the digital space more heavily where we know the customer to be," says Vanessa Holden, who joined J. Crew as chief marketing officer in July, the same month the chain appointed former West Elm president Jim Brett as CEO. Holden previously worked with Brett at West Elm. "We've been working aggressively to improve the mobile user experience," Holden adds, noting new initiatives related to speed and making the consumer experience frictionless.

The New York-based chain has been trying to improve load times for its site on mobile, and over the summer began working with Google to integrate accelerated mobile pages. By implementing the new framework, mobile load times have been reduced by around 90 percent, and the company has seen an increase in traffic from smartphones, a spokeswoman says. In addition, J. Crew also recently adopted Google's "Payment Request API" that allows consumers on Chrome browsers to auto-populate shipping fields when checking out online. Wait times for checkout have decreased 75 percent from more than two minutes four months ago, according to a J. Crew spokeswoman. For a retailer seeing more than 800 orders a day through mobile and desktop, such changes are crucial to maintaining consumer interest.

J. Crew needs that interest now more than ever. Late last month, the retailer said its store closures will be deeper than expected—the brand now expects to close 50 locations, or 6 percent of its fleet, by the end of the year, up from a previously announced 20. Comparable-store sales for the most recent quarter decreased 12 percent, while revenue for the quarter, at $566.7 million, was down 5 percent from the year-earlier period. Like competitor Gap, J. Crew has been regularly advertising deep discounts of 40-and-even-50 percent across its merchandise assortment. In the spring, the company parted ways with longtime employee Jenna Lyons, who had most recently been executive creative director.

As it strives to rekindle shoppers' love for its brand, J. Crew is taking up the authenticity mantle with its new holiday initiative, #CastMeJCrew. The campaign invites customers to post photos of themselves wearing the brand for the chance to be cast in a future shoot. J. Crew is also running a social campaign this year called "Holidays By You. Gifts By J. Crew."

"It goes to opening the brand and the digital experience into a more participatory conversation," says Holden.

While J. Crew typically relies on its in-house team to handle creative campaigns, including this year's holiday messaging, the brand is looking to broaden its marketing through new agency relationships, including with Brooklyn-based Laundry Service, in the months ahead. In 2016, J. Crew spent $17.7 million on measured media in the U.S., according to Kantar Media.