The weed business, according to Jim. How to build a hobby into a national brand? Hitch a ride in the Bluesmobile.
READ THIS NEXT
Ford plugs Bronco with new ‘Built Wild’ tagline 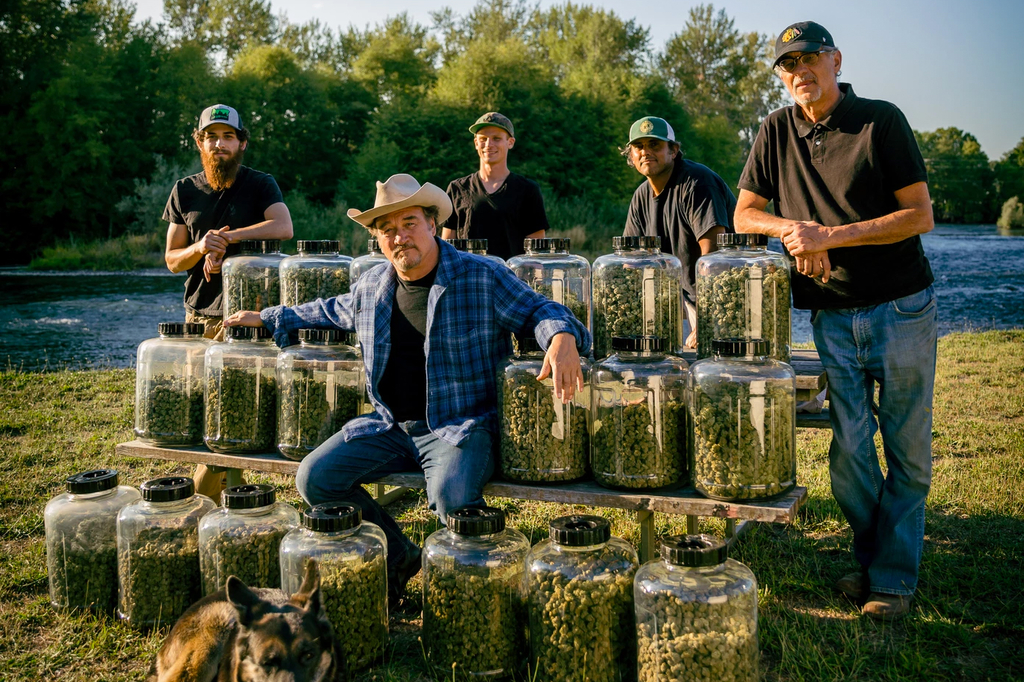 Jim Belushi's next TV project isn't a follow-up to his sitcom, "According to Jim." It's a reality show about his latest passion: the marijuana business.

The 65-year-old became a gentleman weed farmer a few years ago after Oregon legalized cannabis use. Now he wants Belushi Farms to go national, using the well-known Blues Brothers brand and building a serious company. He grows and sells products under other brand names in Oregon.

A key test of his growth strategy will be getting into stores in his home state of Illinois when recreational marijuana goes legal next year. "Illinois is going to be a huge market," says Belushi, who grew up in the Chicago suburb of Wheaton but has lived in Los Angeles for a couple of decades. "I want to be on the shelves come Jan. 1." He says he's serious about plans to drive a replica of the Bluesmobile—topped with a joint instead of a giant PA speaker—on Chicago's Lake Street under the el train to mark the occasion.

Belushi's ambitions reflect the rapid evolution of marijuana into a big business. Early players in what was a highly regulated, slow-moving medical cannabis industry are scrambling to build consumer brands for a market that's expected to explode. His focus on Illinois underscores the sixth-largest state's importance, both as a major retail market and as an industry hub that's home to four of the largest cannabis companies. Illinois will be the 11th state to legalize marijuana use by the public, but many expect it to go national eventually.

Belushi plans to launch growing operations in California and Nevada. He also has been talking with large cannabis companies, including some based in Chicago, to line up partnerships with growers, manufacturers and retailers that will be needed to take the Blues Brothers brand national and international. The structure could vary by market, from contract production and distribution deals to more traditional licensing and royalty arrangements. Like the industry itself, Belushi's company is evolving. He's bootstrapped the effort so far but plans to raise capital.

Marijuana entrepreneurs like Belushi face unique challenges that have impeded the creation of nationwide, mass-market pot brands. Not only is the industry new, but the product is still illegal under federal law. That restricts advertising and deprives marijuana brands of the federal copyright and trademark protections available to other consumer products.

"It's not clear how it's going to play out from a branding perspective," says Tim Calkins, a branding expert who teaches at Northwestern University's Kellogg School of Management. "There aren't big brand names established, so there's going to be a real land grab coming up."

Two of the largest Chicago-based growers and retailers in the cannabis industry, Cresco Labs and Green Thumb Industries, already have bought some of the better-known brands.

"It's all so new. How will people make personal-consumption decisions? That's not clear at all, because it's something they haven't been buying before," Calkins says. "If you asked most people, they could name several brands of beer. If you said, 'Tell me the brands in the cannabis space,' they'd draw a complete blank. There aren't many industries where we see that."

The marketing challenges make Belushi's strategy all the more intriguing. "The Blues Brothers" will be 40 years old next year. "When someone goes into a dispensary, and you see 30 or 40 brands, and you see the little Blues Brothers logo, it makes you smile," he says. He'll also be peddling Belushi's Private Vault and Captain Jack brands.

Belushi says Live Nation has agreed to finance a reality TV show about his new life as a weed-preneur. It's due out next year on cable, he says, declining to name the network. Belushi and his 93-acre farm along the Rogue River outside Medford, Ore., already were the subject of a short series on the DIY Network.

"He's going to be an active partner, not a royalty check collector," says Christie Hefner, a longtime friend and former Playboy CEO who has been advising Belushi on the business. "He is a grower. He's extremely knowledgeable about the industry and plants, and he has a real passion for it."

A gifted pitchman
Like almost everyone in the cannabis business, Belushi made his living doing something else. He's clearly a gifted pitchman: charismatic, open, down-to-earth, with just enough of a hint of gonzo to keep you on the string.

After 40-plus years in show business, he knows a thing or two about the importance of a good narrative and backstory. The story of his brother John, co-star of "The Blues Brothers" who died of a drug overdose in 1982, still resonates. "If Johnny was a pothead, he'd be alive today," he says.

"It's about the mission from God, John dying from an opiate overdose. I want to save lives, families and communities," he explains after headlining a fundraiser for the Chicago Innovation Foundation.

Belushi talks about meeting a veteran with PTSD who gets relief from cannabis and a mother who says it made her son's daily seizures stop. He's got a novel idea for a charity in Oregon that will experiment with a pay-what-you-can concept "so vets, schizophrenics and homeless people can get the medicine they need," subsidized by those who can pay more.

Belushi's is one of several celebrity bets on the weed business, including Willie Nelson's Willie's Reserve, Snoop Dogg's Leafs by Snoop and Marley Natural, which is affiliated with the estate of reggae singer Bob Marley.

It's not clear, however, that it will be a winning strategy. Celebrity brands accounted for less than 1 percent of industry sales last year, according to research firm BDS Analytics, based in Boulder, Colo. If Belushi succeeds, it could help everyone. "We've long said this will be an industry that will become a branded product and move away from flower (buds) in a Ziploc baggie," says Jennifer Dooley, chief strategy officer at GTI, which bought Beboe, a luxury cannabis brand, and has its own product lines.

John Pletz is a reporter for Crain's Chicago Business