As Kellogg sells Keebler to Ferrero, a look back at the elves | Ad Age
Skip to main content

As Kellogg sells Keebler to Ferrero, a look back at the elves

Ernie and his pals will join a new company for the first time since 2001
READ THIS NEXT
Anheuser-Busch strikes deal with Travis Scott, and The Rock’s new tequila is on fire: Trending 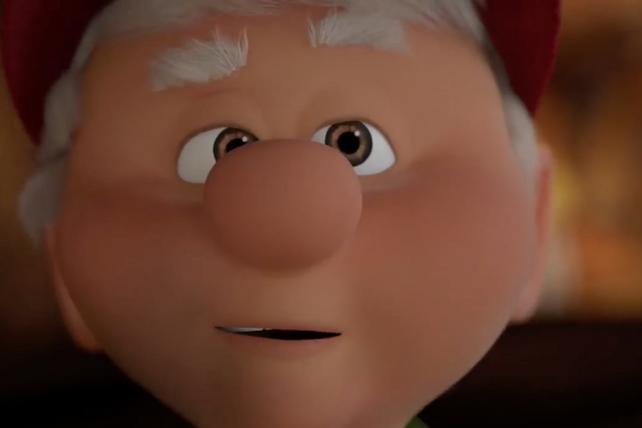 Kellogg Co. is slimming down its snack unit, selling off brands including Keebler to Ferrero Group for $1.3 billion as the cereal maker sharpens its focus on other foods.

Back in November, Kellogg said it was looking to sell off its cookie and fruit snacks businesses to help sharpen its focus on areas where it thinks it can grow faster. The deal announced Monday includes those categories as well as pie crusts and ice cream cones, and is expected to close by the end of July.

The cookie brands being sold include Keebler, Mother's, Famous Amos and Murray's, plus the Little Brownie Bakers cookies made for Girl Scouts of the U.S.A. Ferrero will get production facilities in Augusta, Georgia; Florence, Kentucky; Louisville, Kentucky; Allyn, Washington; and Chicago, Illinois.

For Ferrero, it is the latest in a series of acquisitions. Since 2017, the maker of Ferrero Rocher, Nutella and Tic Tac has acquired Fannie May, Ferrara Candy Co. and Nestlé's U.S. confectionery business as it expands its presence in North America.

The main line being sold to Ferrero is the Keebler cookie business, which has been marketed for decades by Ernie the elf and the other elves of the Hollow Tree. The elves were created by agency Leo Burnett, where they were overseen by creative director Robert Noel, who had the unofficial title of "vice president of elves and gnomes," according to the Advertising Age Encyclopedia of Advertising published in 2003. In 2013, the brand was even marketed on tiny doors on trees across the country.

While the elves haven't gotten as much media love lately, they are ad legends. The elves were among the characters shown in 2015 at the Chicago's Museum of Broadcast Communications' "A Salute to Advertising's Greatest Icons," an exhibition that included another well-known Kellogg character from Burnett, Frosted Flakes' Tony the Tiger.

Kellogg bought Keebler Co. in 2001 for about $3.9 billion, adding cookies and crackers to its lineup to help further broaden its portfolio beyond cereal. The units being sold generated about $900 million in sales and about $75 million in operating profit last year, Kellogg said. In total, Kellogg posted sales of $13.55 billion and operating profit of $1.7 billion for 2018. The company still has plenty of snacks on hand, such as Pringles and Cheez-It.

Ad spending on the brands being sold is minimal. Nearly $20.5 million of Kellogg's U.S. measured-media ad spending of $430.7 million in 2018 was allotted to these brands, according to an Ad Age Datacenter analysis of Kantar Media data.

Here's a sampling of Keebler elves ads over the years.

One ad from the late 1960s showed an elf promoting Keebler Wheat Toasts and Rye Toasts. "Some people don't believe in elves," he says. "They believe in factories."

The elves were covered in fudge in a spot from the 70s.

In the 80s, a painter character helped come up with the name Chips Deluxe.

In the early 90s, a police officer came to the tree to discuss fudge smuggling in an ad for Magic Middles.

And in 2017, Leonardo the elf was introduced.

Someone even posted a nearly 7-minute compilation of Keebler ads on YouTube.

It's too soon to say what the future holds for the elves. Ferrero declined to comment Monday.