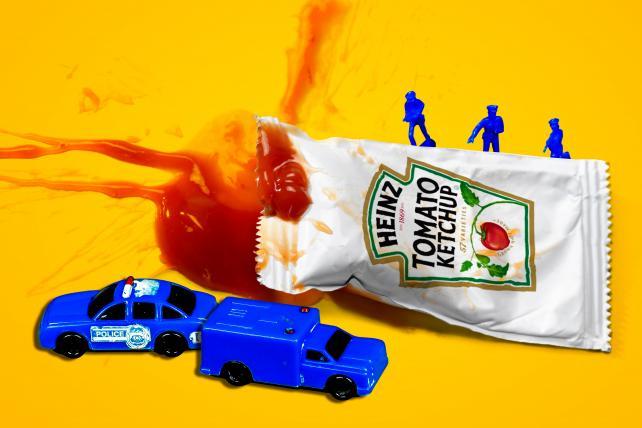 The stunning tumble of Kraft Heinz has caused pain for investors, particularly Warren Buffett. His Berkshire Hathaway suffered a huge hit late last month after Kraft Heinz took a $15.4 billion write-down on its assets, including its storied Kraft and Oscar Mayer trademarks, which lopped one-third off the value of its stock.

But Buffett's loss could be advertising's gain: The company's plunge is energizing critics of the extreme cost-cutting pursued by Kraft Heinz under the leadership of Brazilian investment firm 3G Capital. Ultimately, ad agencies that rely on robust consumer packaged-goods spending could benefit, as 3G's austere budgeting practices come under the microscope.

Paul Polman, who was CEO at Unilever when it fought back an acquisition attempt by Kraft Heinz in 2017, was among those exhibiting schadenfreude. "Wonder if they would have been able to destroy Unilever as well," he tweeted on Feb. 23, two days after Kraft Heinz's announcement. "Millions more would have...suffered."

When Kraft Foods and H.J. Heinz merged in 2015 under the savings-obsessed 3G, the U.S. food industry shifted into cost-cutting mode. Suddenly wary they might also have a potential acquisition target on their backs, seemingly every major packaged-food marketer instituted some form of zero-based budgeting (ZBB), a means of resetting budgets from scratch each period rather than basing budgets on past allocations. Now, ZBB is under scrutiny.

JP Morgan analyst Ken Goldman told investors it's "reasonable to question the entire 3G strategy," pointing to the struggles of Kraft Heinz and another company in which it has invested, Anheuser-Busch InBev. Partners at 3G Capital sit on the board of AB InBev, and through various holdings own a big stake in the world's largest brewer, which has struggled to keep pace with craft brews and the liquor industry. "Investors for years have asked if 3G's extreme belt-tightening model ultimately would result in brand equity erosion," Goldman stated. The "answer arguably came" with Kraft Heinz's massive asset write-down, it said.

Even before Kraft Heinz disclosed the write-down, the 3G way began losing luster. Use of ZBB by U.S. companies is set to plunge to 7 percent from 16 percent during the next 24 months, according to a 2018 report from Deloitte. This ultimately could be good news for the ad agencies hurt by CPG cutbacks. Publicis Groupe, in its fourth-quarter report, cited "higher-than-expected attrition in traditional advertising" of $170.4 million last year, mainly from several CPG clients.

The industry is "waking up" to the idea that "companies have underinvested in brands," says Rick Shea, a former packaged-food marketing exec and president of Shea Food Consultants. "You can't cut your way to long-term profitability. It works for a year or two, but then you cycle prior year results, and there's nothing left to cut."

Kraft Heinz sought savings everywhere. In August 2015, it laid off about 2,500 of its roughly 46,000 employees; by December 2017, the headcount had fallen to 39,000. In a 2015 company memo, CEO Bernardo Hees outlined measure, such as asking workers to print on both sides of paper and to reuse folders, according to a report from Crain's Chicago Business. Kraft Heinz spent 2.4 percent of sales on worldwide advertising in 2017, a lower percentage than either H.J. Heinz or Kraft spent when they were stand-alone companies, according to the Ad Age Datacenter. That 2017 ad budget of $629 million was 39 percent below the combined spending of Kraft and Heinz in 2014, the year before they merged.

The cost-cutting mentality spread across the CPG category and has pretty much held. General Mills, for one, slashed ad and media expenses to $575.9 million in fiscal 2018 from $869.5 million in 2014.

But Kraft Heinz made other mistakes beyond underinvesting in marketing. It was slow to respond to changing dining habits relative to rivals. To address health concerns, it tinkered with products, such as removing nitrates and artificial preservatives from Oscar Mayer hot dogs in 2017. In 2018, it set up Springboard, a unit meant to help "disruptive" food and beverage brands, and Evolv Ventures, a fund to invest in emerging food-focused tech companies. But while suggesting a forward-thinking approach, they came years after similar concepts from competitors, such as General Mills' 301 Inc, and initiatives from Campbell Soup Co., Kellogg Co. and Tyson Foods.

Brands must find ways to stand out now more than ever, experts say. When Walmart, the biggest customer for numerous marketers including Kraft Heinz, is highlighting curbside pickup in its ads, it's clear that brands can't rely on tried-and-true methods such as in-store displays.

"You don't even have to walk into a store, which means brands are more important than ever before because if you're not top of mind, you ain't getting on that shopping list," says Comscore President Sarah Hofstetter. Hofstetter worked with Kraft before its merger with Heinz during her tenure at agency 360i and now sits on the board of Campbell Soup.

Major consumer brands are also struggling to compete with a growing array of attractive private-label choices from the likes of Aldi, Costco, Target and Trader Joe's; behemoth Amazon promotes its own brands, as well.

Even Buffett pointed to Costco's success with its store brand. "Here they are, a hundred years plus, tons of advertising, built into people's habits and everything else," Buffett said of Heinz and Kraft during a CNBC interview. "And now Kirkland, a private-label brand, comes along and with only 750 or so outlets, does 50 percent more business than all the Kraft Heinz brands."