Kind’s new brand message is “be kind to yourself.” However, Kind and rival Clif still aren’t being kind to each other. Kind is escalating the brand battle that began back in March with a new TV ad calling out Clif’s use of brown rice syrup.

The spot shows airplane passengers selecting snacks from the flight attendant. When a man opts for Clif, brown rice syrup–the bar’s first ingredient–is shown pouring out on the (presumably nasty, and now sticky) airplane table. The woman next to him chooses Kind, and almonds flow from that bar’s package to signify the first ingredient. Agencies on the campaign include PB&I for TV and Something Massive for digital.

When Kind posted the ad on Facebook, Clif took it to the comments, saying “Clif Bars actually aren’t a snack like Kind Bars—they’re the ultimate energy bars,” and so on. It later pointed out that Kind sold a stake to Mars. “If sugar is such a big deal to you, why did you sell 40% of your company to Mars Candy, the makers of Snickers, Skittles and M&Ms?” Kind’s retort included the line: “We’re not against sugar, we’re against misleading people by passing off brown rice syrup, a form of sugar, as healthy.” Your turn, Clif.

The battle began in March when Clif challenged Kind to use organic ingredients, like it does. Since then, Kind has been pointing out the sugar content in Clif bars.

A new spin on dressing
Kraft has a new way to get parents to get kids to eat their veggies: lying. The brand is offering its ranch dressing in a tube that calls it “Salad Frosting,” but it’s not something parents can buy. Kraft wants parents to share their best parent lies on Twitter with #LieLikeAParent and #contest. Then it will pick 1,500 winners, based on likes and originality, who will get samples. The campaign comes from Leo Burnett.

Speaking of food for kids
Hardee’s is back in the kids’ meals business, selling “Star Pal” meals for the first time in eight years. Exclusive toys from Ryan’s World, the line designed by the young star behind the popular Ryan ToysReview on YouTube, will be available at Hardee’s and Carl’s Jr. starting June 19. In August, the CKE chains plan to offer toys from HobbyKids Adventures, a new animated series from kids’ entertainment studio Pocket.watch based on YouTube family HobbyKids. 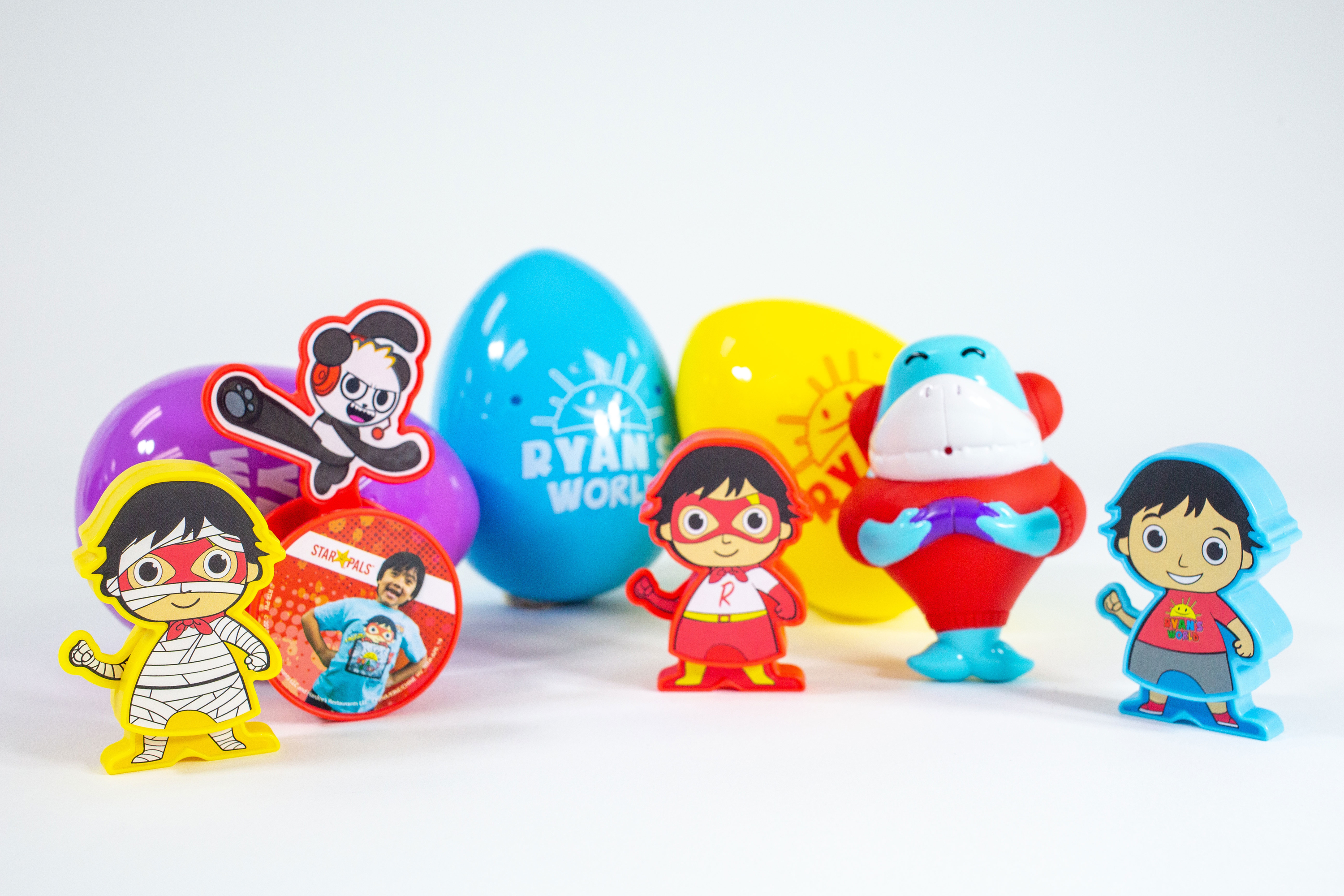 Missed connections
A new report by the CMO Council warns that companies that centralize their marketing departments are at risk of losing consumer connections in local markets. Nearly two-thirds of marketers believe they’re not adequately adapting global brand marketing content across the markets and channels they serve, according to the report. And 37 percent of marketers in a fully centralized structure say they lack local market understanding, according to the report, which is based on a survey of more than 350 marketing executives worldwide conducted during the first half of this year.

The CMO Council, which is a networking group for chief marketing officers, assembled the report with Worldwide Partners, a network of independent agencies. Companies often centralize marketing as an efficiency move. But according to the report, marketers that move to more streamlined systems struggle to deploy personalized outreach to consumers.

“Why do we seem to be in a personalization and localization rut?” says Liz Miller, senior-VP of marketing at the CMO Council. “It’s almost like the more efficient they get through centralization that the farther away they were swinging from understanding the audience of one.”

Hot doughnuts in Times Square
Krispy Kreme plans to open a New York flagship at Broadway and 48th Street in early 2020. Since it’s in Times Square, it will feature the chain’s biggest “hot” light to let people know when fresh doughnuts are ready, plus “doughnut theater” details such as a glaze waterfall and stadium-style seating. Krispy Kreme has already declared that the 4,500-square-foot shop will serve more people than any of its other locations.

Co-working goes upscale
Watch out WeWork—there’s growing competition. Convene, which has been boosting its co-working offerings in recent years beyond its conference brand roots, is fashioning itself as the high-end option for meeting space. On Monday, the company debuted “The Business Class of Co-working” tagline. Developed in-house, the campaign will run on social and in digital ads as well as in out-of-home placements in Chicago, Washington D.C., Los Angeles and Philadelphia. The coworking space has certainly been hot, as new businesses, particularly direct-to-consumer startups, crave more flexible offices. WeWork recently filed to go public.

Would you buy this?
Move over unicorns, Mermaids are having a moment. The mythical sea creatures are the inspiration for a new cereal from General Mills, featuring orange stars and teal tail-shaped corn puffs with orange and pineapple flavors. Other brands deploying mermaid imagery lately include Bon & Viv Spiked Seltzer and Gorton's Seafood, which put a male-spin on the seafaring trend with "mer-bros." 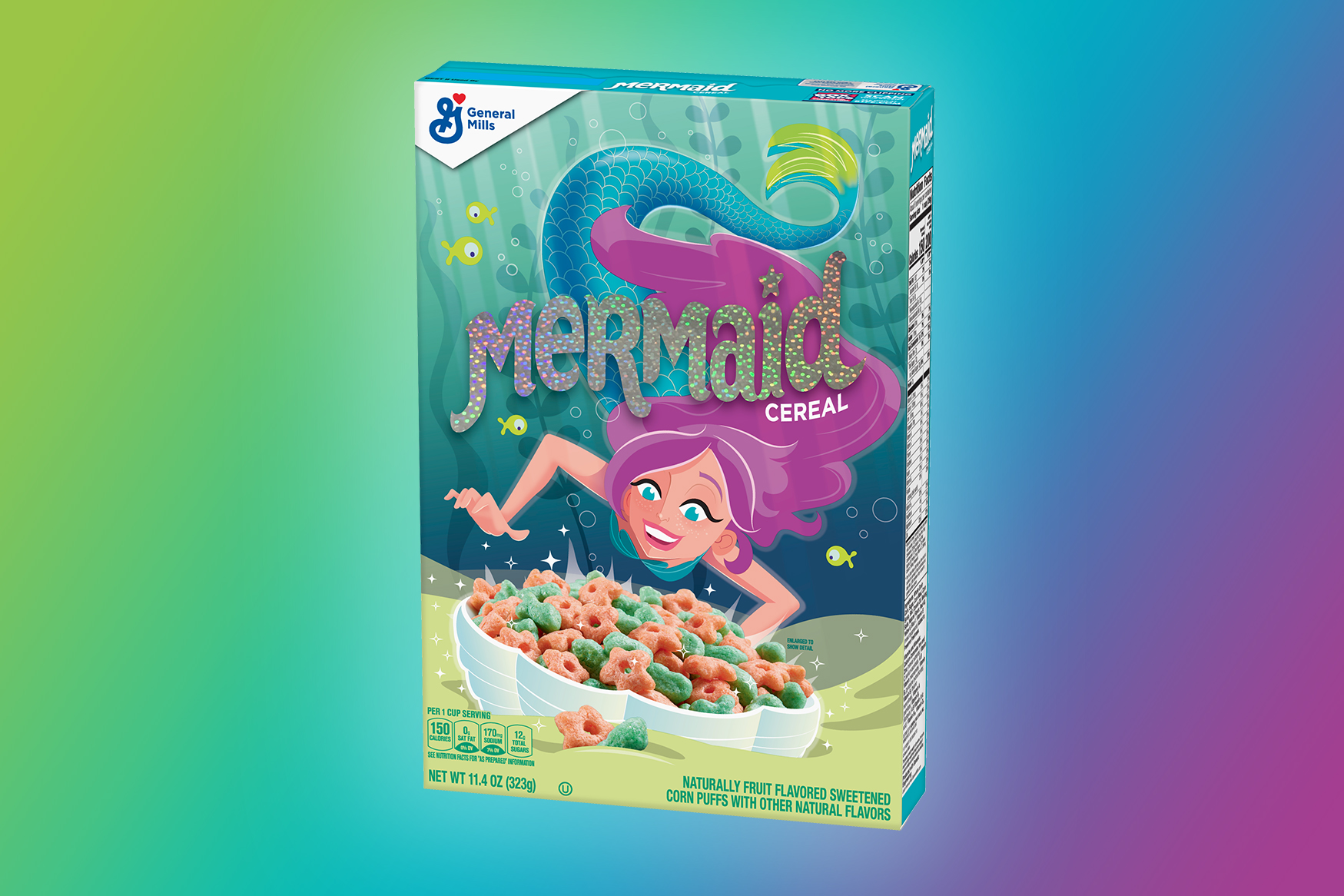 Number of the week
66 percent: percentage of customers willing to pay more for a great experience, according to Salesforce’s State of the Connected Customer report.

Comings and goings
Chris Foley was named president, Campbell Meals and Beverages, as well as a senior VP of Campbell Soup Co. and a corporate officer. Roberto Leopardi, who previously had the president role, is leaving Campbell Soup. Foley now oversees the $4.3 billion division that includes U.S. soup, simple meals, shelf-stable beverages, Pacific Foods, North America foodservice, Plum, and the Canadian and Latin America businesses. He was most recently chief marketing officer of the Campbell Snacks division and has been with the company for 20 years.

Pocket.watch, a studio that works with YouTube stars on franchise opportunities (see the Hardee’s item above) has tapped Kerry Tucker as CMO. Tucker was most recently CEO of Hello Sunshine, the production company backed by Reese Witherspoon.

MasterClass, which creates and markets online education courses, has named ​David Schriber as CMO. He was previously VP of global brand experience, creative and innovation at Nike.