READ THIS NEXT
The Week Ahead: Walmart reports earnings and NBA Playoffs begin 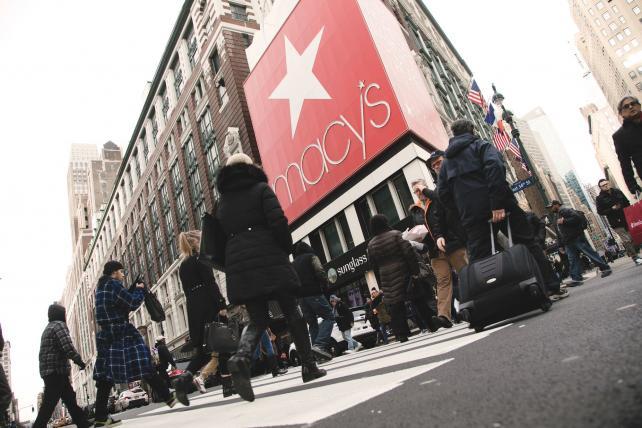 Macy's plans to get a little less promiscuous with its constant sales and expensive TV ad buys.
Credit: Buck Ennis

The struggling department store chain is switching up its broad promotional messaging to communicate more tactically, the brand said Tuesday at its annual investor conference. In addition, the $25 billion retailer will also explore changing the mix of media that it uses, try to improve its fashion cred with customers and introduce a new loyalty program at the end of the year.

The changes are part of the new marketing positioning from Richard Lennox, an ad industry veteran who joined Macy's as chief marketing officer last year from Toys R Us.

The chain is striving to re-energize its loyal older customers while simultaneously attracting a younger generation of shoppers. "The cornerstone of the new marketing model is a more effective and efficient use of our investment," Lennox said at Tuesday's conference.

"If you like the brand, you will listen to the messaging," he added.

Few brands epitomize retail's struggles like the once-mighty Macy's. Like its competitors, the 159-year-old brand has grappled with rising online competition, store closures, sales declines in mall-based locations and, most importantly, the high cost of modernizing its legacy infrastructure. The deterioration has gotten especially bitter; this year, the 728-unit chain is expected to be overthrown by Amazon as the number one apparel seller in the U.S. In its most recent quarter, Macy's listed a same-store sales drop of 4.6% and a 39% decline in net income. On Tuesday, the brand warned that it may be lowering some gross margin forecasts, which sent investors figuratively running for the exits. Macy's shares were down 7% to $22.20 by noon on Tuesday.

As part of the new strategy, Macy's will rebalance its media mix partly to rely more on 15-second, local TV ads and less on 30-second national spots. Rather than confuse consumers with a billion random-seeming promotions, new messaging will be organized around four annual tentpole events for spring, summer, fall and the winter holidays. They'll be emotional in tone while highlighting an improved product mix, Lennox said.

The mission to return Macy's to the fashion spotlight will begin this fall with a new campaign now being shot in Mexico.

Macy's, which spent $591 million on measured media in the U.S. last year according to Kantar Media, down 18% from 2015, began working with New York-based agency Figliulo & Partners in 2016. The retailer also recently bolstered its marketing department with the hire of Jim Reath from BBDO New York to be a senior VP.

Lennox also outlined the early stages of Macy's new loyalty program, which will roll out in the fourth quarter and is meant to simplify the coupon process. The program will begin as a reinvention of Macy's current reward program aimed at credit card holders, but move to be a "tender-neutral" offering -- meaning it includes shoppers regardless of payment type -- in 2018. Competitors like Kohl's and Nordstrom already have similar programs in place.

"The idea is not to pull back on promotions, it's to make sure the different species of promotions we run are clear and distinct -- one-day sales aimed at deal hunters, or friends and family aimed at fashion spending," said Lennox.

In addition, Macy's is testing out a host of other business strategies to reverse its slowing sales. The company is boosting its growing buy-online, pick-up-in-store offering and expects to experiment with pick-up lockers in certain locations later this year. It is exploring real estate strategies to wring more profit out of valuable properties like its Herald Square location in Manhattan, where it could eventually lease roof space to a bar and restaurant.

And as other retailers buy ecommerce players, as Walmart did with Jet.com, to strengthen their digital punch in the Amazon age, Macy's may have its own plan in the works.

"We're committed to getting double-digit growth online," said Jeff Gennette, Macy's CEO and president. "All things are on the table with respect to keeping the digital growth going."