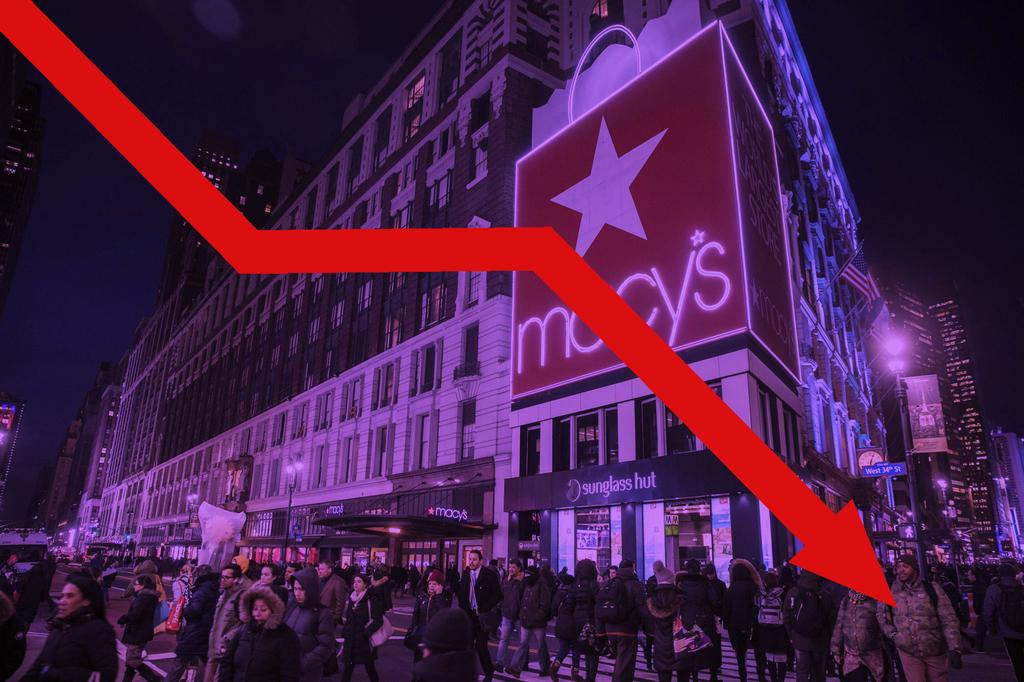 The traditional red and green of Christmas is this week looking a lot more red than green. Several retailers, including Kohl’s, Home Depot and Macy’s, reported quarterly sales that declined or missed expectations and sent shares plummeting. On Thursday, Macy’s reported a 4.3 percent drop in revenue to $5.2 billion for the third quarter, compared with the year earlier period, along with a 3.9 percent decline in same-store sales—its first drop in nearly two years.

The news was bad enough for Neil Saunders, managing director of GlobalData Retail, to comment, “The latest set of numbers from Macy’s suggests that there are more nightmares than miracles on 34th Street,” in his research report. With just one week remaining before the official start to the crucial holiday shopping season, it's not an enviable position for Macy’s, which also disclosed earlier this week that its website had been hacked last month.

But on a call with analysts Thursday morning, executives at the storied department store chain spoke about how they will weather the declines, which included the womenswear category. Macy’s is struggling to convince female customers under 40 to purchase apparel, even if they already buy fragrances and accessories from the marketer.

“We’ve done a lot of focus groups with respect to the under-40 customer and we’re clear about what she needs to see from us in order to give us her allegiance,” said Jeff Gennette, Macy’s chairman and CEO. He noted new initiatives like My List at Bloomingdale’s, a rental service, and Macy’s used-clothing offering with reseller ThredUp.

Those female shoppers shunning Macy’s might be flocking to Target, which was one of the sole bright spots in retail this week when it reported a 4.7 percent rise in sales. The chain noted a 10 percent rise in apparel same-store sales for its third quarter.

Gennette talked about how Macy’s holiday marketing, including its “colorful marketing calendar,” is poised to attract shoppers during a shorter holiday season with targeted events. “Our stores are stuffed for the holidays,” he said, and also urged analysts on the call to tune in to the annual Macy’s Thanksgiving Day Parade next week. He also noted that all promotions in the fourth quarter have already been planned and that Macy’s doesn’t expect to give in to the discounting frenzy that may affect other retailers and profit margins.

Some analysts believe that while some of the initiatives are compelling—like the introduction of concept shop Story into three dozen stores, and the partnership with ThredUp—they are not enough to turn around the bloated store fleet.

Others are more optimistic.

“Our sense is that despite an expected highly promotional holiday season, Macy’s will maintain its stance and will not chase sales in non-fashion and non-perishable categories, and maintain flexibility in categories where it can win,” wrote Oliver Chen, retail analyst at Cowen & Co., in a research note.