A makeover for Lay’s and slime hits the big-time: Marketer’s Brief 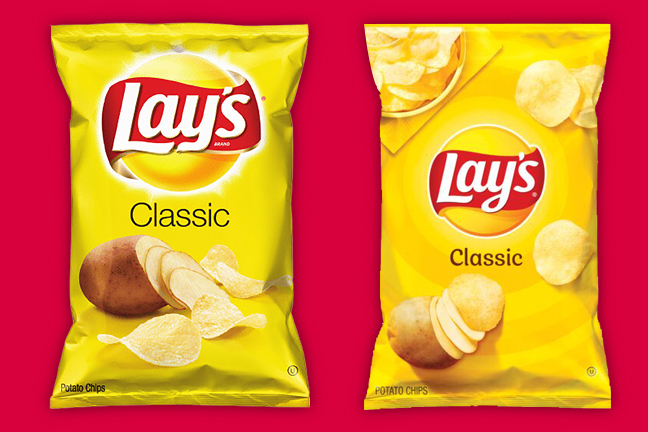 Lay’s gets a new look
These days, everything needs to be photo-ready, even that bag of potato chips. Frito-Lay is updating the Lay’s bag for the first time since 2007. Changes include updated food photos taken from a top-down angle that’s more Insta-worthy. The logo itself is a bit smaller and closer to the center with rings radiating beyond it meant to “celebrate the magnetic pull of the delicious chips loved around the world,” Frito-Lay says. Wording on the back of the bag has also been decreased, paving the way for more imagery. The more modern look will appear on 115 packages covering more than 25 flavors, starting in China and the U.S. before expanding into more countries. Ads will begin airing in mid-October. The design process was led by the PepsiCo and Frito-Lay internal design team.

Fox Sports tunes in to digital audio
Pandora scored a deal with Fox Sports to serve listeners a slew of new audio ads that it hopes will lure fans into watching more college football and NFL games. The audio streaming giant is bringing the concept of dynamic ad units to audio, which, generally speaking, uses data about a person’s interests and location to show a custom-tailored piece of creative. For example, someone who frequently visits pregnancy websites might later see a video ad about purchasing a new minivan. Although the concept is commonplace in display and video, it’s fairly new with audio. Pandora’s deal with Fox Sports will run ads for games based on the user’s location. They will also include a countdown toward kickoff based on the listener’s timezone. Fox Sports says it looked to Pandora to increase brand awareness, drive urgency to tune-in and ramp up excitement for their upcoming football games, all while customizing the creative for listeners.

Portal into your living room
Facebook debuted Portal TV on Wednesday, a device that allows users to make video calls, play games and use popular apps found all through the big screen in their living room. Portal TV features a $149 price tag, but consumers might be wary about paying for such a device: Bloomberg reported Wednesday that Facebook will use humans to review and transcribe some voice messages from Portal after saying last month that it would stop the practice altogether.

Panera’s bowled over
Panera Bread has a new bowls campaign. No, not about its bread bowls. It is getting into the grain bowl game with Baja and Mediterranean bowls that include cilantro-lime long-grain brown rice and both red and golden quinoa. The bowls get the chain’s biggest marketing push of the year, including traditional and over-the-top TV, digital, radio, out-of-home ads and other efforts. Anomaly is the creative agency on the “Full of Good” campaign.

Where’s the beef?
In other fast-casual news, Just Salad eliminated steak from its menu last week when it introduced Beyond Meat’s Beyond Beef meatballs. Early figures suggest the switch is paying off for the chain, which previously saw steak as one of its top sellers. The day the switch was made, same-store sales shot up 19.1 percent and traffic to the company’s website soared 96 percent, Just Salad says. The chain says it eliminated steak to promote a more sustainable product. It continues to sell other animal proteins, such as chicken and cheese.

Jerry Rice-A-Roni
Rice-A-Roni and Jerry Rice teamed up in a what-took-them-so-long campaign. Rice, who spent 16 of his 20 NFL seasons with the San Francisco 49ers, is promoting the “San Francisco treat” boxed side-dish brand. Plans include a YouTube video series, in-store displays, and prizes. PepsiCo’s Rice-A-Roni says it’s working with The Marketing Arm on social and digital.

Have yourself a merry little Christmas
Or at least that’s what retailers are hoping, even as fears of a recession loom. On the heels of very early holiday marketing campaigns from the likes of eBay and Etsy, Deloitte is out with its sales predictions for the crucial holiday selling season. The company is expecting retail sales to increase between 4.5 percent and 5 percent this year, compared with last year, led by as much as an 18 percent rise in e-commerce sales. Deloitte execs cited a strong labor market and near record-low unemployment rates as factors in its sales predictions. However, it cautioned that last year’s holiday sales came in lower than expected in December.

Have we reached peak slime?
Yet another experiential activation is coming to New York City, and this one is pretty slimy. Sloomoo Institute will “bring everything wondrous, beautiful and fun” about slime to a new space in SoHo, according to a press release. The 8,000-square-foot activation, which costs $38 to visit and runs from Oct. 25 to April 18, includes a DIY area for consumers to design their own “dream slime,” photo booths and a machine that shows a brain on slime. Sloomoo worked with Elmer’s Glue, Method Design Architecture + Urbanism and the Mill on the offering, which joins the ranks of the Color Factory and Museum of Ice Cream as one more museum to post on Instagram. 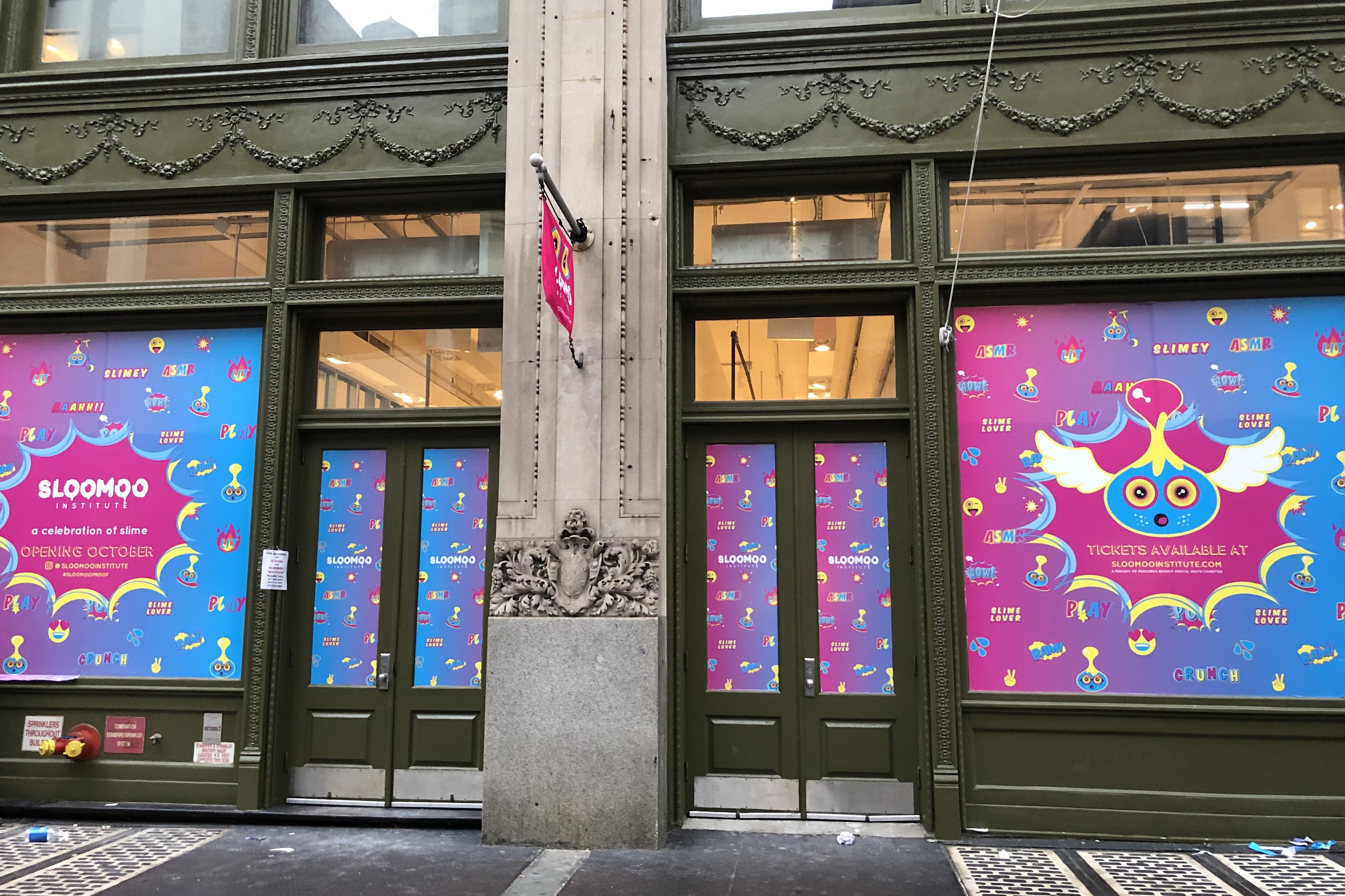 Tequila gold
Michael Jordan is getting into the tequila business. The basketball star and owner of the Charlotte Hornets has teamed up with fellow NBA team owners Jeanie Buss of the Los Angeles Lakers, Wes Edens of the Milwaukee Bucks, and Wyc Grousbeck and Emilia Fazzalari of the Boston Celtics to launch Cincoro Tequila. Cincoro, which translates to “five gold” in Spanish, has bottles designed by Mark Smith, VP of innovation special projects at Nike, according to a release. The brand has been in the works since 2016.

Would you buy this?
Acabada Active, a new brand that sells CBD-infused activewear, is selling a compression jumpsuit for $178. “The CBD seriously helps with recovery,” wrote one online reviewer. 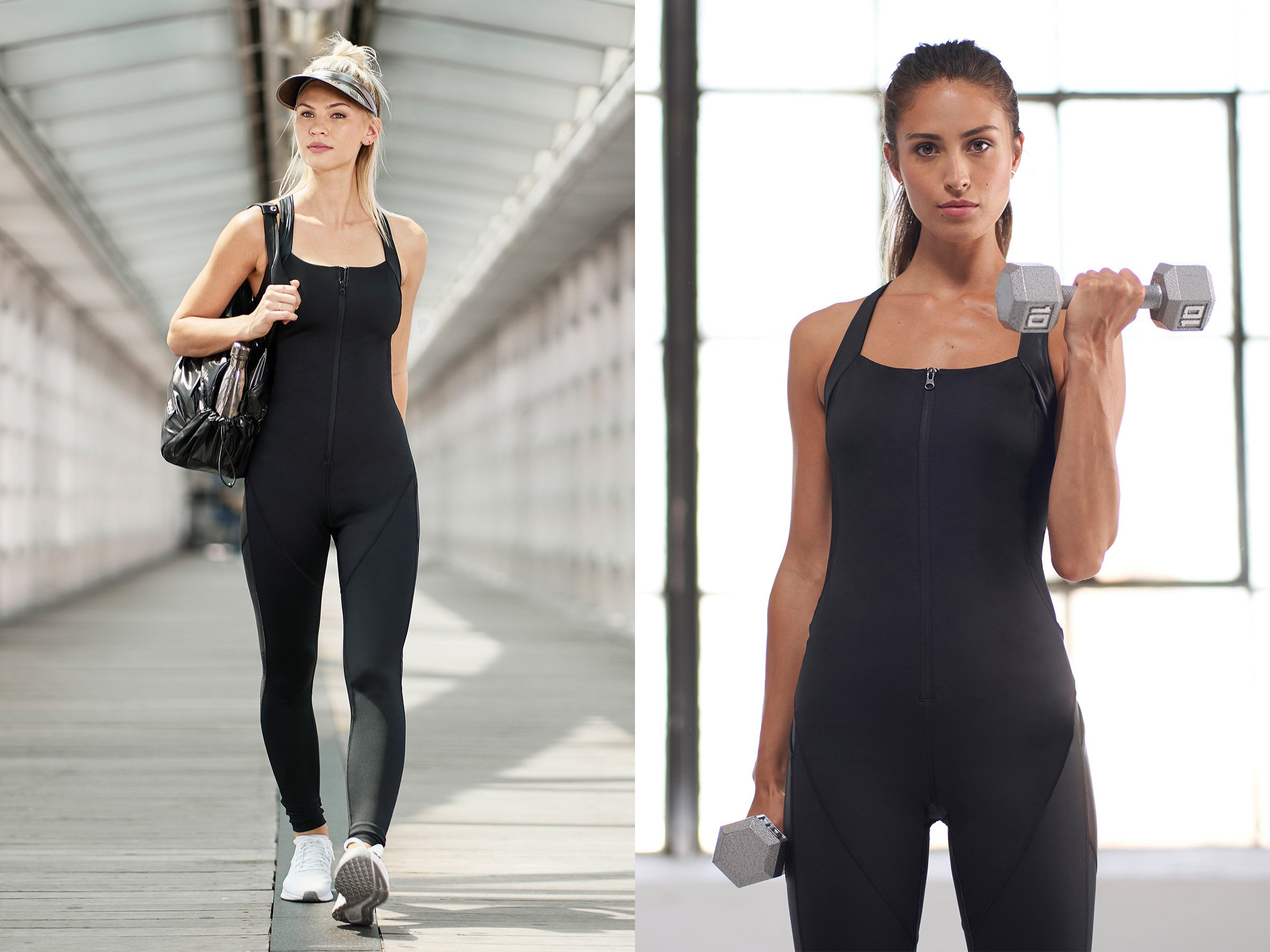