READ THIS NEXT
A look at some non-coronavirus-related marketing news—yes, it exists: Marketer’s Brief

Johnnie Walker has a new campaign, Mini refreshed its logo and Kind is diving into the immigration debate. Find out about this and more below. But we begin this week's edition of the Brief with the tale of how a cereal brand is clumsily commemorating Hanukkah on social media.

Cheerios oh Cheerios
Hey, General Mills: Where were the Jewish employees, or anyone aware of the story of Hanukkah, in the making of this tweet?

Happy Hanukkah to everyone lighting the menorah tonight! pic.twitter.com/AL8Oy18OLi

The Jewish holiday of Hanukkah commemorates the rededication of a holy temple and includes the story of a small amount oil, enough to provide light for one day, lasting for eight days. So, there's plenty food fried in oil eaten in celebration, like doughnuts and potato pancakes. Last we checked, Cheerios aren't fried. (They are actually toasted.) Oh, and those ornaments? We think they're for a different winter holiday. A General Mills spokesman said: "During this time of year, we try to acknowledge many of the holidays that our fans celebrate." We're looking forward to scheduled tweet featuring a bowl of Wheaties underneath a Christmas tree in a couple of weeks.

Kind wants kindness, not just niceness
Kind is diving into the immigration debate, kind of. Its new "More Than Nice" video shows people leaving jugs of water along the U.S./Mexican border for thirsty border-crossers. "We've all been overwhelmed by the historic rifts tearing our country apart. The empathy and respect that are part of America's DNA and part of what make our country so exceptional cannot be taken for granted," Kind founder and CEO Daniel Lubetzky said in a statement. It's part of a video series from the snack maker, which Mars recently took a minority stake in, on the difference between being nice and being kind. This one was directed by Emmanuel Lubezki, the cinematographer of "Birdman," among other films (and Lubetzky's cousin), with co-director Chris Wilcha. Kind's also running a contest asking people to share essays, photos or videos about the difference between nice and kind. Judges include Arianna Huffington and LinkedIn CEO Jeff Weiner. Winners will get $25,000 to donate to a charity of their choice, cash prizes and photography/videography gear to help fund creative projects.

Target tackles same-day delivery
Target is making a new play in its retail battle with Amazon and Walmart. The Minneapolis-based chain is paying $550 million to buy two-year-old delivery company Shipt, in one of Target's largest acquisitions to date, the brand said in a blog post Wednesday. Birmingham, Alabama-based Shipt offers same-day delivery, a service Target expects to roll out early next year to half of its 1,800 store fleet.

Mini gets a makeover
Mini today released a refreshed logo along with a 729-word explanation about the new look. We'll cut to the chase: The new design is simpler and flatter without shading or grey tones.See the before (at top) and after (bottom). What do you think? Tweet us your feedback at @adage.

Keep Drinking
Johnnie Walker tends to fill its "Keep Walking" campaign with ads promoting high-minded ideals, like a pro-immigration spot from earlier this year that spotlighted the pride felt by an immigrant when he became a U.S. citizen. But the newest campaign launched under the long-running tagline takes a more product-focused approach. The new video series for Johnnie Walker Black Label, called "Step Right Up," highlights stuff like the selection of malts from the four corners of Scotland that make up the blend. Anomaly is behind the ads, which will run on TV and digital. 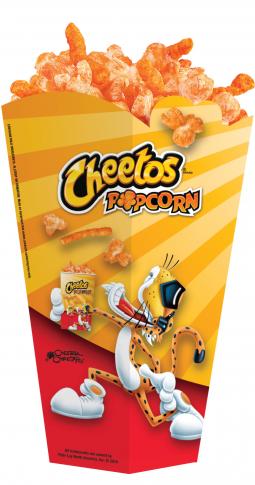 Number of the Week
100: The number of Tesla's planned semi trucks ordered by PepsiCo. Reuters has more.

CEO: "I want a snappy catchphrase that you could totally dance to and that when said aloud, people will hear the backing track in their mind and will smile and nod at the obviousness of it."

Moves
Former Gap Inc. ad exec Aimée Lapic is joining music streaming platform Pandora as its latest chief marketing officer. Lapic replaces Nick Bartle, who left the company in June. Lapic joins Pandora following a 13-year stint at Gap Inc., where she most recently served as chief marketing officer for Banana Republic and general manager for BananaRepublic.com. Pandora is one of only two apps that are in the top 10 that aren't owned by Google or Facebook. Despite this, the company has seen its stock dwindle from about $13 a year ago, to its current price of $5 a share. Lapic will attempt to revitalize Pandora's brand and return it to its former glory days as the company continues to face increasing pressure from rivals Spotify and Apple Music. For its part, the company is adapting, as it's made significant changes to better appeal to users, including the ability to listen to music offline and commercial free. Lapic starts her new role today, and will report directly to Pandora CEO Roger Lynch.

Chef'd named Jemie Sae Koo as VP of marketing. The meal kit delivery company, which has received investments from Campbell Soup, Fresh Direct and Smithfield Foods, wants to position itself as a premium player in the category. Sae Koo spent the past 10 years as a business and management consultant, according to her LinkedIn profile. Chef'd says she has worked on brands including Amazon, Disney, H&M, Intel, Nestle, Coca-Cola, Salesforce, Toyota, Taco Bell, and YouTube.