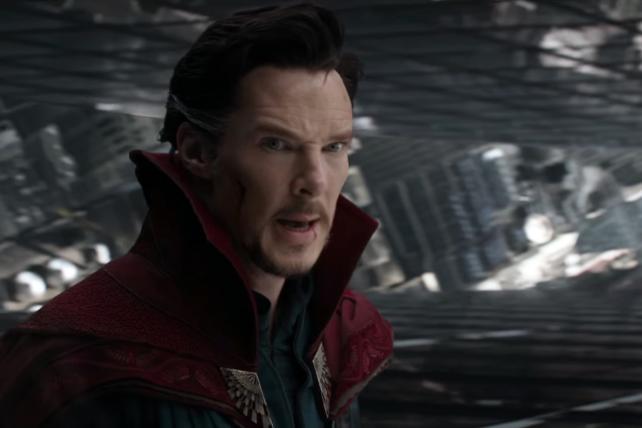 The title character in Marvel's "Doctor Strange" drives (and crashes) a $237,250 Lamborghini Huracán LP610-4. In another twist of product placement, he uses a smartphone from China: It's from Huawei's Honor subbrand, whose flagship phone sells for $399.99.

As Chinese smartphone brands up their game in marketing, and compete fiercely against each other, they're becoming a more visible presence on billboards, in online ads and in pop culture outside China. Scarlett Johansson and Henry Cavill plug the Huawei brand in commercials. Oppo partnered with "America's Next Top Model," and Vivo put its phones in "Captain America: Civil War" and "The Martian."

Honor, which targets consumers ages 18 to 34 and emphasizes online sales, is tapping into "Doctor Strange" and also hired Brooklyn Beckham – the teenage son of David and Victoria Beckham -- as a global ambassador.

Chinese smartphone brands are growing quickly, challenging No. 1 and 2 players Samsung and Apple in the global market. Huawei, including Honor, was No. 3 in shipments by volume share in the third quarter of 2016, according to data from Counterpoint Research. Two other Chinese brands, fast-growing Oppo and Vivo, are fourth and fifth. 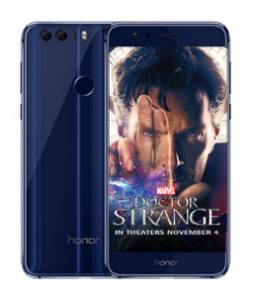 Neil Shah, research director at Counterpoint Research, says the quality of some Chinese smartphones has surpassed Samsung's, even without taking into account the Galaxy Note 7 disaster.

"They're offering cutting-edge design and high-spec devices at quite affordable prices," Mr. Shah said. He's testing the $399.99 Honor 8 and says its performance is on par and even better in many instances than the iPhone 7 Plus, which has a starting price of nearly twice as much.

Because Chinese brands still lack brand awareness overseas, aggressively partnering with more famous brands like Marvel is a way to "position them higher in consumers' minds," Mr. Shah said. Honor's association with "Doctor Strange" helps position it as "cutting edge and advanced, a futuristic type of phone," he added.

In "Doctor Strange," star Benedict Cumberbatch is seen using an Honor in his role as a surgeon who turns into a superhero after a car crash, Honor says. (Ad Age wasn't able to preview the film before its U.S. and China release on Friday.) The brand also appears on billboards in scenes in Hong Kong and New York near the end of the film. There are promotional tie-ins, and Honor and Lamborghini sponsored the premiere in Los Angeles.

A commercial compares the Honor 8 to the title character: "Both possess incredible superpowers."

George Zhao, president of Huawei Honor, says Doctor Strange's story is aligned with the message about courage it's aiming at millennials. The brand's tagline is "For the brave."

"Dr. Strange didn't give up in the face of enormous challenges," Mr. Zhao wrote in a message relayed over email. "Instead, he came back much stronger, and with extraordinary courage. He was also able to uncover his greater power, and he remodeled the world for good as he saw it."

Honor says it does much of its advertising in-house, though it does work with agencies; in this case, CAA did a commercial, and Maxus was the media agency.

The Honor brand launched three years ago, with sales focused online. Honor-branded products made up about 40% of total smartphone volumes shipped from Huawei's consumer business group last year, according to Counterpoint Research. The brand says about 80% of its sales are in China, and 20% outside China. It recently entered the competitive U.S. market, with its phones available through Amazon and Best Buy, though not from any of the big mobile carriers.

It's growing fast. It sold $240 million in product in 2014 and $600 million last year. It promotes itself with partnership in music, movies, gaming and extreme sports. Like another Chinese rival, Xiaomi, it emphasizes online flash sales and fan interaction to build buzz.

The "Doctor Strange" tie-in is designed to reach consumers in many markets, but also in China, where Mr. Cumberbatch is a star thanks to his role in "Sherlock."

The movie's release date is good timing: Honor is getting ready for China's annual e-commerce blowout on Nov. 11, plugged by Alibaba and other e-commerce players. It's a huge date on the calendar of foreign and local brands in China, and last year on that date Honor logged sales of $172 million in 24 hours.