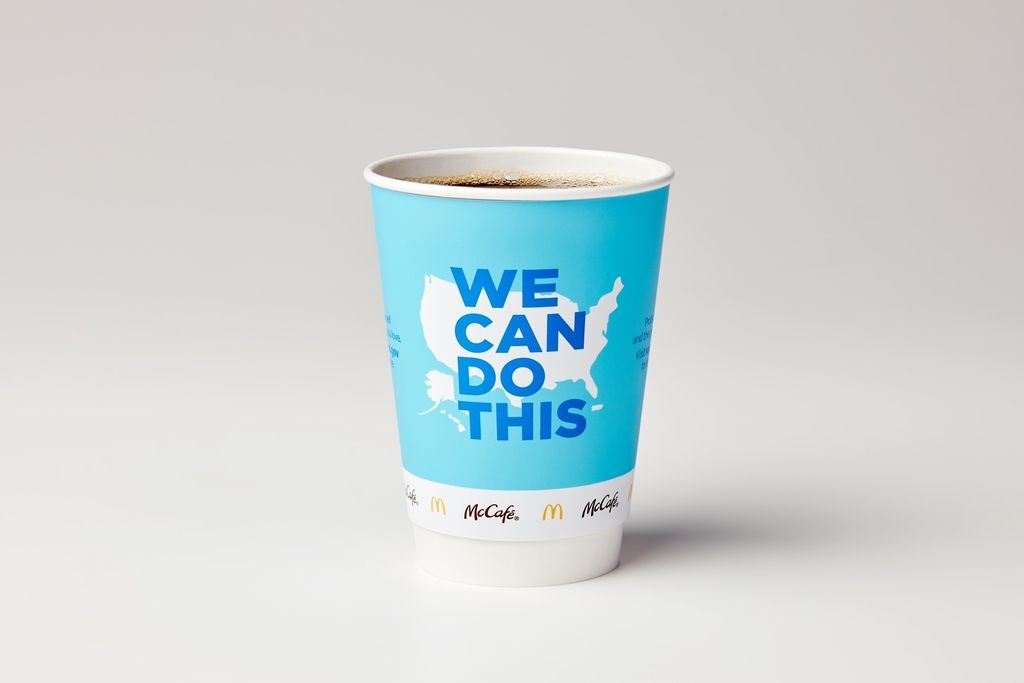 The Biden administration has enlisted McDonald’s for its multimillion-dollar vaccine awareness campaign, “We Can Do This.” The fast-food giant will dedicate inventory on its Times Square billboard to the effort and beginning in July will feature the campaign’s slogan on its McCafé coffee cups and on materials used for its McDelivery home delivery service.

The campaign messaging directs viewers to vaccines.gov, which includes a tool that helps people locate where they can get shots and other educational information.

The government’s campaign, run by the U.S. Department of Health and Human Services, began in April and includes TV, radio and print ads and social media messaging. The Washington Post last month reported the administration planned to spend $10 million on TV ads in April.  It is part of a $250 million contract signed with consultancy Fors Marsh originally approved by the Trump administration last year, according to the newspaper. Fors March bid some of the work out to WPP shops VMLY&R and Wavemaker, according to Business Insider.

Omnicom’s DDB will handle the “We Can Do This” advertising on McDonald’s Times Square billboard, a McDonald’s spokeswoman confirmed to Ad Age.

In a statement about McDonald’s involvement, HHS Secretary Xavier Becerra said: “Thanks to McDonalds, people will now be able to get trusted information about vaccines when they grab a cup of coffee or order a meal. Ending this pandemic requires all of us working together to do our part, including encouraging our friends and family to get vaccinated.”

Genna Gent, McDonald’s USA VP for global public policy and government relations, added: “This is a team effort—it takes all of us. We’re proud to enter this partnership to provide trusted, independently verified information about COVID-19 vaccines to our customers in the nearly 14,000 communities we serve.”