Molson Coors eliminates up to 500 jobs, retires ‘MillerCoors’ name in U.S. and looks to grow ‘beyond beer’ | Ad Age
Skip to main content

Molson Coors eliminates up to 500 jobs, retires ‘MillerCoors’ name in U.S. and looks to grow ‘beyond beer’

The changes come amid continued sales woes for its biggest brands, which include Miller Lite and Coors Light
READ THIS NEXT
A regularly updated list tracking marketers’ response to coronavirus 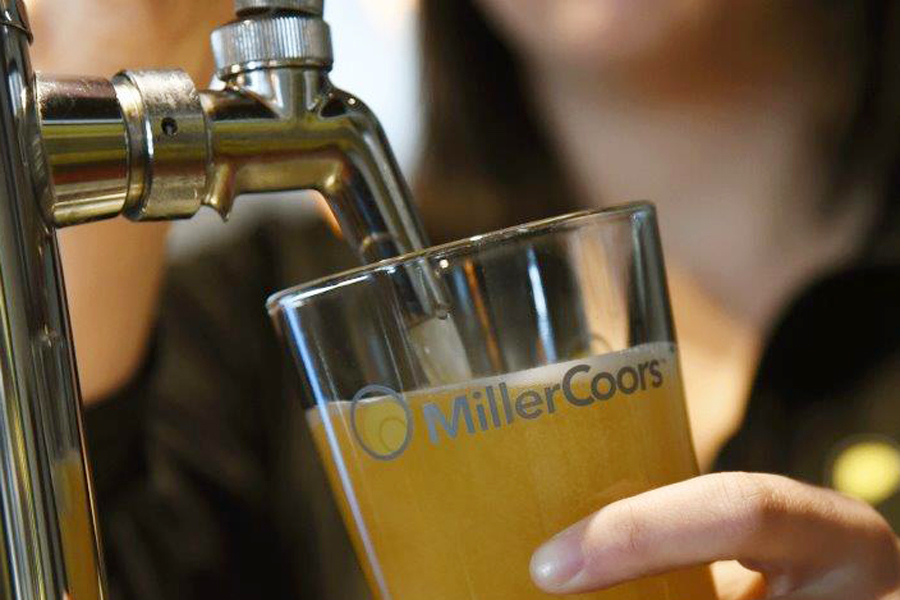 From January 2020, MillerCoors will be known as Molson Coors Beverage Company.

Molson Coors is retiring the MillerCoors name—used since 2008 to describe its U.S. division—as part of a broad corporate restructuring plan that includes eliminating between 400 and 500 salaried positions.

Beginning in January, the company will be known as Molson Coors Beverage Company “to better reflect its strategic intent to expand beyond beer and into other growth adjacencies,” the brewer stated in a press release.

The brewer announced the changes as it continues to struggle to grow its largest brands, which include Miller Lite and Coors Light. U.S. sales-to-wholesalers fell 6.2 percent in the three-month-period ending in September, according to third-quarter results released today.

"Our business is at an inflection point. We can continue down the path we’ve been on for several years now, or we can make the significant and difficult changes necessary to get back on the right track,” Molson Coors CEO Gavin Hattersley said in a statement. “Our revitalization plan is designed to streamline the company, move faster and free up resources to invest in our brands and our capabilities.”

The changes, which target $150 million in savings, include streamlining into two geographic business units: North America and Europe. Previously, the brewer had four divisions: MillerCoors in the U.S., Molson Coors Canada, Molson Coors Europe and Molson Coors International. The brewer is closing its Denver office. The Chicago site, previously the headquarters of MillerCoors, becomes the commercial headquarters.

Michelle St. Jacques, previously chief marketing officer for MillerCoors, retains the CMO title for Molson Coors but will gain additional duties, including adding strategic responsibility for the majority of the brewer’s global brands. Pete Marino, who previously held dual roles as MillerCoors chief communications officer and leader of its Tenth and Blake craft and imports division, was promoted to president of emerging growth, which will include the brewer’s craft beer and cannabis business. There will no longer be a CEO for the U.S. business. Those duties now fall to Hattersley, who took the Molson Coors CEO role in September after previously serving as MillerCoors CEO.

Molson Coors, like all big brewers, has struggled to keep pace with the changing tastes of consumers, including the steady move away from big light-beer brands that have traditionally powered the U.S. beer industry. Anheuser-Busch InBev and MillerCoors are both playing catch-up in the sizzling hard seltzer category, currently dominated by White Claw, owned by Mark Anthony Brands, and Truly, which is part of Boston Beer Co. And smaller craft beers have nibbled away at the big brewer’s market share for years.

As part of today’s announcement, Molson Coors signaled it would invest more money in what it referred to as “beyond beer opportunities.”

“This year we launched two beverages in the U.S. that were firsts for our company—a hard coffee and a canned wine,” Hattersley said in a memo sent to distributors today explaining the organizational changes. “These are significant shifts for a company rooted in beer, but expanding and modernizing our portfolio beyond beer presents us with significant growth opportunities we can’t ignore.”

St. Jacques, who assumed the MillerCoors CMO role earlier this year after a stint at Kraft Heinz, has sought to make the brewer’s marketing more topical with quick-turnaround campaigns that feed into cultural trends. Miller Lite launched a new campaign last week from DDB that plugs the brew as the “original social media.” That message was spread via marketing that asked drinkers to unfollow Lite on Instagram and Facebook.