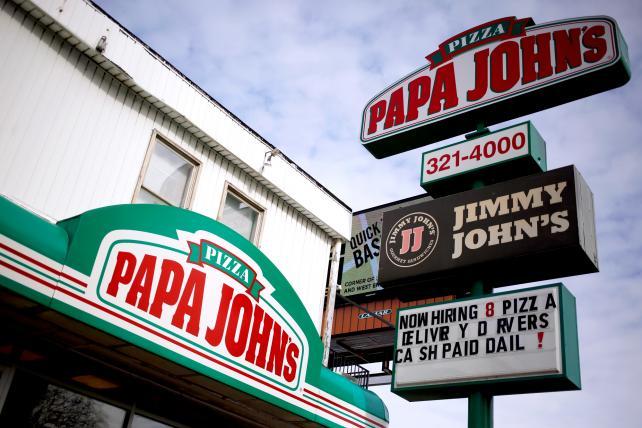 Papa John's is spending an extra $10 million on marketing after seeing early signs of success from new campaigns put in place after one heck of a year for the brand.

Those two dates, for those not up-to-speed on the pizza chain's woes, are when Schnatter spoke out during a quarterly call about the NFL's handling of the player protests during the national anthem and when his use of the n-word and other racial slurs on a media training call became public knowledge, thanks to a Forbes story.

"These events are not going to define the future of Papa John's," Ritchie told analysts on the call Tuesday, before giving an update on the chain's comeback strategy.

Plans include funneling an additional $10 million into the chain's U.S. media budget this quarter, executives said. Papa John's International's U.S. ad spending was $241 million in 2017, up from $235 million in 2016, according to the Ad Age Datacenter.

Papa John's has been trying to move past the fallout from its association with Schnatter, who remains the chain's biggest shareholder, with the help of a slew of new agencies. The effort to repair the brand's reputation and become what Ritchie calls "a revitalized, modern brand" is showing some early signs of success.

At most chains, a nearly 10 percent drop in same-store sales would be a cause for major concern but at Papa John's these days it's actually pretty decent news. Third quarter North American same-store sales fell 9.8 percent, less than the 10.7 percent decline analysts had predicted, according to Consensus Metrix.

Papa John's says it was seeing declines of about 10.5 percent in July, a pace that continued in August, but saw improvement after new marketing began running in September. The work included incentives to entice people to download and use its app and a broader "Voices" campaign featuring employees. Papa John's began working with Endeavor Global Marketing earlier this year after parting ways with Laundry Service, which had the account for a short, tumultuous period. In October, the company named Havas Media its new integrated media agency of record, after Initiative resigned the client in mid-July as the chain was embroiled in controversy.

"As we continue working to rebuild trust, sustained consistent improvements in sales performance will take time," Ritchie told analysts. He said the company is moving to operating as a "brand management organization," looking at customer segmentation to get a deeper understanding of customers and their needs.

In all, Papa John's now expects special charges, including that $10 million earmarked for marketing, to range from $50 million to $60 million, up from a prior forecast of $30 million to $50 million.

The chain projects full-year North American same-store sales to fall 6.5 to 8.5 percent, a bit of an improvement from its prior forecast from July, which called for a decline in the range of 7 to 10 percent.