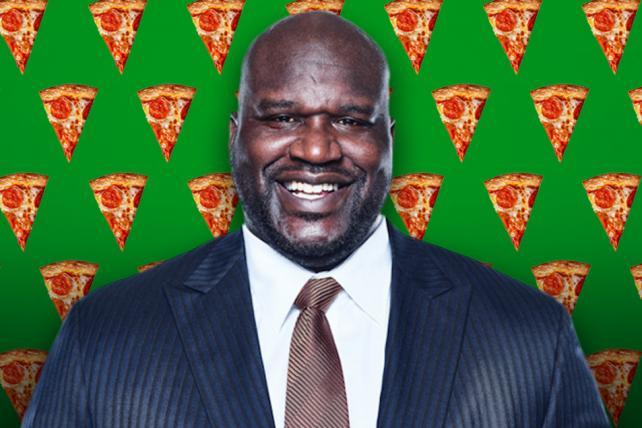 Papa John's International took a big, tall step toward moving on without its founder, announcing retired NBA star Shaquille O'Neal as a paid endorser, restaurant investor and board member.

The pizza chain long featured founder John Schnatter in its marketing, showcasing him in commercials, the logo and even on the pizza boxes, until his use of racial slurs including the n-word led to his stepping down from the chairman post in 2018. After a heated battle with the pizza chain he started in 1984, Schnatter agreed earlier this month to resign from the board.

O'Neal is set to be a paid brand endorser for three years under a deal announced Friday. He's giving the company and its national marketing fund the right and license to use his name, nickname, autograph, voice, video or film portrayals, facsimile signature, photograph, likeness and image for promotions in any and all media. In return, O'Neal is set to be paid $8.25 million over the three-year period, with half to be paid in cash and have to be paid in stock.

And as the company tries to recover from the headlines spurred by its founder's racist remarks, it has selected O'Neal as the first African American member of its board.

He's also putting some of his own money where his mouth is, investing $840,000 for a 30 percent stake in a joint venture with the company that will own nine Papa John's restaurants in the Atlanta area.

"I have truly enjoyed the high-quality Papa John's product for years and am excited to be able to help Papa John's raise their game to new heights," O'Neal said in a statement.

O'Neal, best known for his basketball career, also has nearly a decade of experience in the restaurant industry along with so many ad campaigns through the decades it's hard to keep track of them all.

He founded and owns Big Chicken, a fast-casual fried chicken restaurant in Las Vegas, as well as Shaquille's, a restaurant in Los Angeles, California. And he's had experience with chains as well. He owns a Krispy Kreme Doughnuts franchise in Atlanta and used to own 27 Five Guys Burgers and Fries franchises. Plus, his past promotional roles included working with McDonald's, Taco Bell and Burger King.

Investors were pleased with the news, sending shares of Papa John's up more than 5 percent in trading on Friday morning.

O'Neal, who played in the NBA from 1992 until 2011, still has ties to the sport, as he has appeared as an analyst on "Inside the NBA" and is a minority owner of the Sacramento Kings NBA franchise.

Of course, Shaq sn't the first sports star to own restaurants and promote Papa John's. NFL star Peyton Manning years ago appeared in ads alongside Schnatter, and owned locations in Colorado.

Including O'Neal, Papa John's has added six new directors to its board this year. The others are: Smith, CEO of Starboard Value and the chain's independent chairman; Papa John's President and CEO Steve Ritchie; Michael Dubin, CEO and founder of Dollar Shave Club; Jocelyn Mangan, CEO and founder of Him For Her and a former executive at Snagajob and OpenTable; and Anthony Sanfilippo, former chairman and CEO of Pinnacle Entertainment.