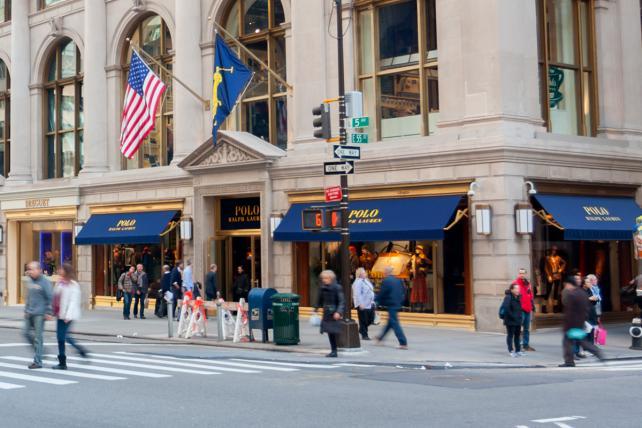 Ralph Lauren Corp., reeling from tumbling sales and profit, will close its flagship Polo store on Fifth Avenue, revamp its e-commerce operations and cut jobs in a $370 million shake-up.

As part of the changes, Ralph Lauren will shift its digital operations to a platform run by Salesforce.com Inc.'s Commerce Cloud, the company said on Tuesday. It's also streamlining its organization and shuttering other offices and stores.

The move follows the abrupt announcement in February that CEO Stefan Larsson was leaving the fashion house. He had been tasked with leading the company's turnaround, but clashed with the eponymous founder over creative differences. Chief Financial Officer Jane Nielsen, a former Coach Inc. executive, is taking the reins as acting CEO while Ralph Lauren searches for a new leader.

"The Fifth Avenue store probably wasn't planned to be profitable to begin with and was used to raise awareness of the brand," said Chen Grazutis, an analyst at Bloomberg Intelligence. "The rent is probably one of the highest for them, and at some point it's hard to justify it."

Ralph Lauren fell as much as 4% to $78.08 in New York Tuesday, the biggest intraday drop in two months. The shares had already slid 9.9% this year through Monday's close.

The restructuring plan will bring cash expenses of $185 million and a similar amount of noncash charges, the company said. The changes are expected to save $140 million a year by their completion, which is slated for the end of the next fiscal year in March. Ralph Lauren declined to say how many jobs were affected and said the cuts account for a small fraction of the charges.

The moves are part of Mr. Larsson's so-called Way Forward Plan that started last June. The company has eliminated layers of management, slashed 1,000 jobs and closed about 50 stores. It is also selling less merchandise to department stores, which have hurt the brand through heavy discounting. Ralph Lauren is refocusing on its three core brands: Ralph Lauren, Polo and Lauren.

The Manhattan Polo store, which is closing April 15, is located at 711 Fifth Avenue near 55th Street. It has been one of the company's highest-profile locations in its hometown of New York, in addition to the men's and women's flagship stores on Madison Avenue. The company still has seven other stores -- along with its Polo Bar restaurant -- in the city.

"We continue to review our store footprint in each market to ensure we have the right distribution and customer experience in place," Ms. Nielsen said in a statement Tuesday.