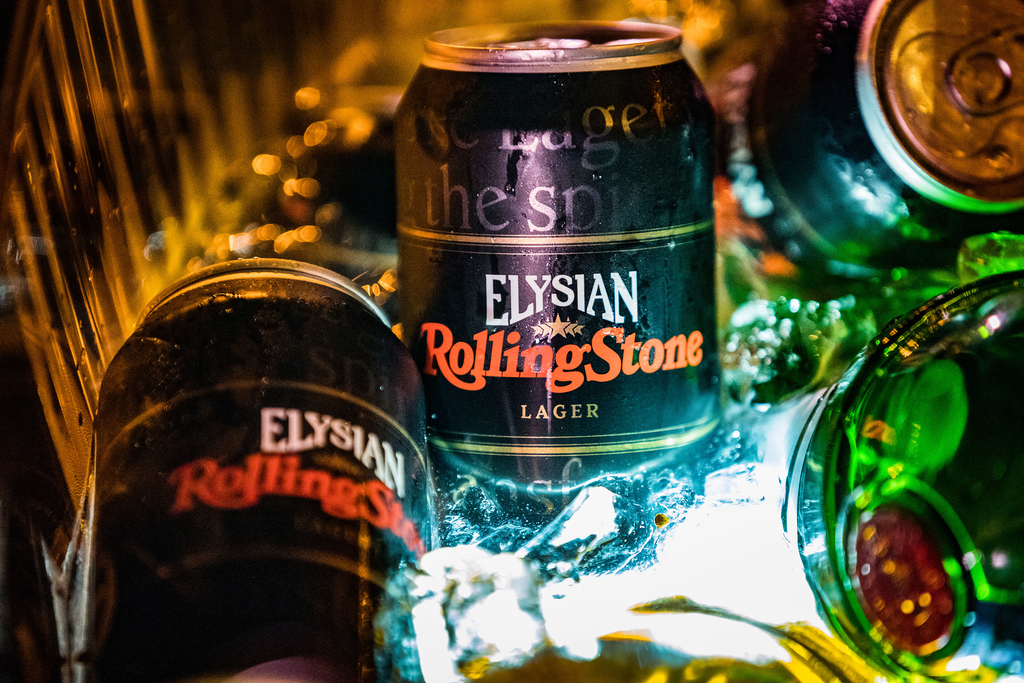 'We wanted to create a beer you’d want to drink when you jam out.'

Here’s one product launch that has not been stymied by the coronavirus outbreak: Rolling Stone and Seattle-based craft brewer Elysian are coming out with a co-branded beer, marking the first time the publisher has lent its name to a craft brew.

The beer, called Elysian Rolling Stone Lager, will be sold nationally. It checks in with a modest alcohol-by-volume of 4.8 percent, putting it in the range of most mainstream light beers. “In times of great uncertainty and isolation, Rolling Stone and Elysian hope they can bring people together across the nation to experience a moment of joy at the crack of each can,” Elysian stated in a press release, in a nod to the pandemic.

Rolling Stone and parent company Penske Media Corp. are not new to the product licencing game. Recent products include puzzles based on Rolling Stone covers and a music-based party game in partnership with Cardinal Games—both reported in August by licenseglobal.com.

The new beer comes at a tenuous time for new product launches, with experts saying that consumers are more interested in buying established brands amid the economic uncertainty caused by the pandemic. “It may be increasingly difficult to launch a new brand any time soon,” investment research group Evercore ISI stated in a recent presentation about the pandemic, noting that “novel and trendy” will give way to “tried and true.”

Of course, the Rolling Stone name fits into the “tried and true” bucket, so the new brew could benefit from that. Another positive factor is that beer is flying off grocery shelves as drinkers stock up to supply at-home happy hours while on lockdown. Beer sales at stores surged 34 percent in the week ending March 21, which was “well ahead of pantry loading expectations,” according to Credit Suisse, which cited Nielsen data.

Elysian has been around since 1996. It has been controlled by Anheuser-Busch InBev since 2015, when the global beer giant bought it as part of a wave of craft brewery acquisitions in recent years.

Rolling Stone Lager is made using Cascade, Crystal and Mandarina Bavaria hops. “Like a musician creating a timeless masterpiece, we took our time with this brew to perfect a beer that pays homage to the indescribable emotions that only music can evoke,” Josh Waldman, Elysian’s brewmaster, said in a statement. “Essentially, we wanted to create a beer you’d want to drink when you jam out.”