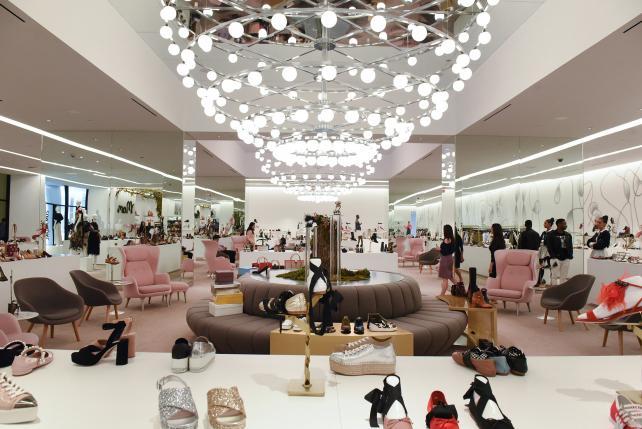 The workforce cutbacks, focused on North American employees, are part of a push to streamline operations and seek more efficiency, the Toronto-based company said on Thursday. The idea is to generate C$350 million ($259 million) in annual savings.

The cuts are the latest sign of hardship in the beleaguered department-store industry, which is struggling with slow mall traffic and a shift to e-commerce. Macy's Inc., J.C. Penney and Sears Holdings Corp. are closing hundreds of stores. And even Nordstrom Inc. -- long regarded as a star of the industry -- is considering a buyout as it copes with sales declines.

Hudson's Bay posted a first-quarter loss of C$1.19 a share, far deeper than the average estimate of 69 cents.

The company warned in February that it was making cuts, but the scope of the reduction wasn't known until Thursday.

As part of the shake-up, retailer is reorganizing its leadership structure into separate teams for Hudson's Bay and Lord & Taylor. The company will also centralize its digital and marketing operations.

At the same time, Hudson's Bay has to replenish its top management ranks: It's currently searching for a chief financial officer and a chief marketing officer.

'Decisive action'
"We know we can do better and we are taking bold decisive action," CEO Jerry Storch said in a statement. "Rather than chase the rapid industry changes, our transformation plan will reposition HBC to get ahead and stay ahead."

Same-store sales, a closely watched measure, declined 2.9% across the company last quarter. One particular area of disappointment was the company's discount-focused channel, which includes Saks Off 5th and Gilt.

Gilt, which mostly sells its wares online, "accounted for an outsized portion" of the sector's declining comparable sales, the company said. Overall digital comparable sales increased by 5.4%, but they would have increased 13% excluding Gilt.

Hudson's Bay agreed to buy Gilt for $250 million last year to add muscle to its e-commerce operations. The company then began integrating Gilt into Saks Off 5th, its chain of discount stores. Storch said in April that the integration was taking longer than anticipated because Gilt's business "had more issues with it" than executives thought. Last quarter, Hudson's Bay reported a writedown of C$116 million related to weak performance at its off-price businesses.