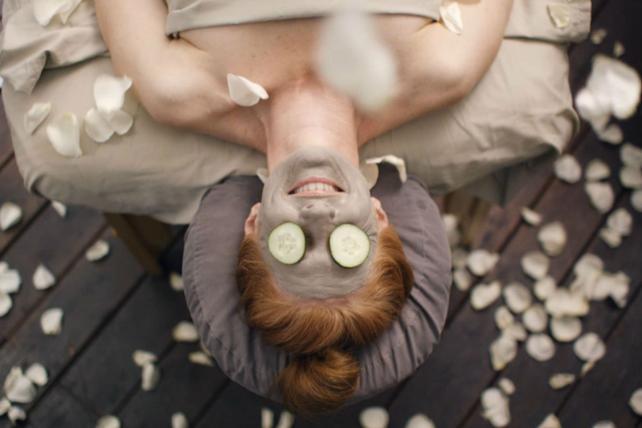 You can stock up on as many trophies, sports cars and fancy stuff as you want, but it's what you do with those cars and how you get those trophies that matters most. Or so says a new campaign from Groupon, the eight-year-old ecommerce company based in Chicago.

This week, the company, which has struggled in recent years to attract customers, is rolling out a new marketing message, its first from recently named agency of record O'Keefe Reinhard & Paul. Mediavest|Spark and Two Nil will handle media duties.

The first 30-second spot, which will air Monday, draws a comparison between the "Haves" with material possessions and the "Have-Dones" with memorable experiences. The latter segment features a series of activities, such as skydiving or even just eating dinner out with the kids.

"Now is the moment to go and reconnect with consumers who knew us as a deal or email company and connect with new consumers," said Jon Wild, VP of North America marketing at Groupon, noting that the direction should attract millennials in addition to Groupon's core "mom" customer. "This notion of accumulation of experience is more meaningful than accumulation of material things and it's really powerful."

While Mr. Wild declined to specify the cost of the new campaign, it is a significant rollout bolstered by social media and digital elements that will continue through the remainder of the year. In November, the company revised its 2016 marketing budget, saying it would increase spending by an additional $150 to $200 million in 2016. Groupon works with more than 400,000 merchants in North America and more than 700,000 globally.

There's quite a bit riding on the effort as Groupon struggles to turn the business around. After its debut as a daily deals site in 2007, the company attracted scores of recession-weary consumers hungry for a bargain. The high-flying site went public in 2011 at $20 per share. But the fervor quickly faded for sites like Groupon and competitors LivingSocial and Gilt Groupe. Even Amazon closed its daily deals business last year. Groupon, which now has shares trading around $3.30, laid off 1,100 employees globally in September. In its recent first-quarter earnings report, the brand listed $732 million in revenue, a 2% decline over the year-earlier period, and a net loss of $49.1 million, more than triple that of last year.

Groupon is not alone in its struggles. Chief competitor LivingSocial is also rejiggering by focusing on a new restaurant rewards program after doling out pink slips to more than 50% of its staff in March.

With its new campaign, Groupon wants to train consumers to check its site and app on a regular basis as a constant destination--a move away from the daily email marketing upon which it has previously relied. To date, the app has more than 100 million downloads.

The company also has a new CEO, Rich Williams, who was promoted in the fall from chief operating officer. He started with the firm as chief marketing officer in 2011, following a series of controversial Super Bowl spots created by CP&B that were maligned for making light of serious global concerns.

In addition to two 30-second spots, the company will air 15-second versions centering on Groupon's core three experiences of health and wellness, dining and weekend activities, according to Nick Paul, co-founder and president of OKRP. The Chicago-based agency won Groupon's business in March after a request for proposals in January. Mr. Paul stressed that the new ads don't emphasize deals and price, since such elements are already part of Groupon's DNA. Rather, they promote the relationship between consumers and their local merchants.

"We want to bring consumers closer to their local merchants, so they know they can go down the street and get a massage or go out for hibachi," Mr. Paul said. "It removes some barriers because this week it's $20 off, for example."

The campaign will also include back-to-school and holiday-themed ads with the same underlying message.

So far, some of the new moves are making headway. Earlier this month, Groupon partnered with Turner Classic Movies and Fathom Events to offer a Ferris Bueller-themed sweepstakes in celebration of the 30th anniversary of "Ferris Bueller's Day Off." The effort exceeded expectations, executives said.

"We see tremendous extendability and flexibility and really interesting opportunities in how we manage the media and content and message," said Mr. Wild.

~ ~ ~
CORRECTION: Groupon was founded in 2008. That information was misstated in an earlier version of this article.