Toyota is facing an Olympic-size nail-biter

With the 2020 games in doubt the automaker stands to lose big
READ THIS NEXT
Chipotle cosmetics are back, and Elmo cleans up for SC Johnson: Trending 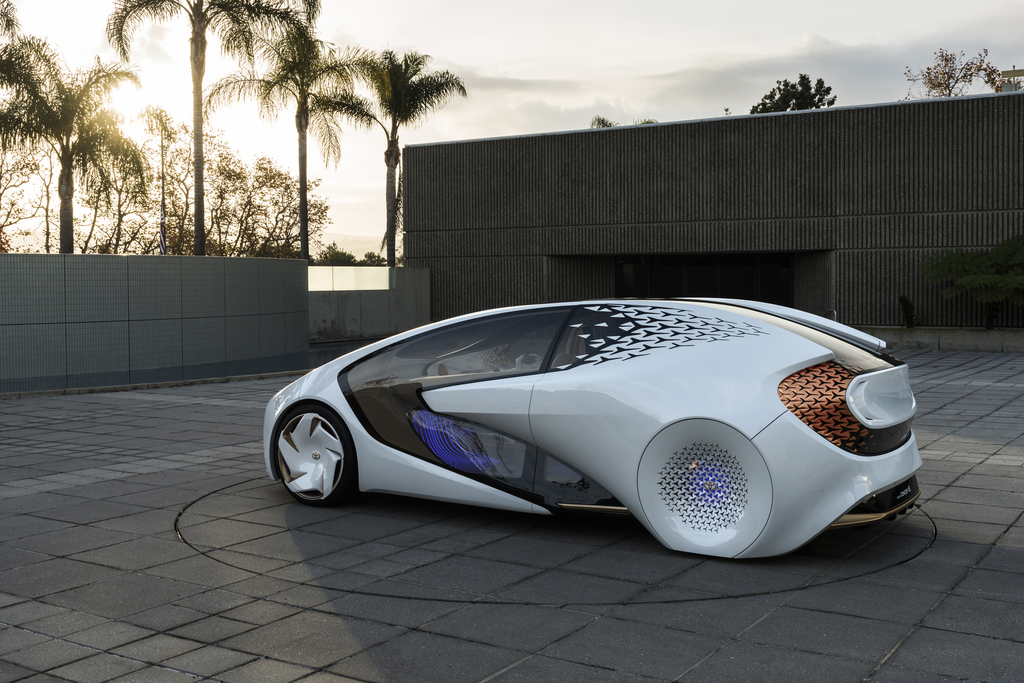 For Japan's biggest automaker, the 2020 Tokyo Summer Olympics has been a five-year, about $1 billion bet on showcasing the company and its technology to the world. But speculation is mounting that the games will be postponed, or even canceled, because of the COVID-19 pandemic. On Monday, International Olympic Committee member Dick Pound told USA Today that games will likely be postponed to 2021, although the IOC has yet to make anything official.

Toyota Motor Corp. has a lot to lose. For starters, the automaker spent a reported $835 million in 2015 to sign on as a top sponsor of the games through 2024.  Since then, it has put untold millions into developing a fleet of electrified, new-mobility vehicles to roll out for the event — from hydrogen fuel cell buses to automated athlete shuttles and a cast of robots to help at events. A self-driving Toyota pod car is supposed to escort the torch relay.

Toyota also created a sophisticated worldwide marketing campaign called "Start Your Impossible" that revolves around the Olympics and the idea of delivering new modes of mobility to all people. It even spent years developing a new, more user-friendly taxi, the JPN Taxi, to transport the expected droves of international visitors flocking to the country for the world's biggest sporting event.

But now, maybe no one will come.

The International Olympic Committee, the Japanese government and Toyota are still publicly committed to lighting the flame in Tokyo's Olympic Stadium on July 24. "With more than four months to go before the games, there is no need for any drastic decisions at this stage," the IOC said last week. Speculating about its fate, the committee said, is "counterproductive."

Prime Minister Shinzo Abe also has been bullish on going ahead as scheduled. But that changed.

Last week, he opened some wiggle room for rescheduling the Olympics. Dodging questions on whether they should open as planned, Abe instead told reporters that the games should be held in their "complete form," and that he has the backing of other Group of Seven leaders. Japan's Olympic minister later did hasty damage control to clarify that Japan still wants stay to on track.

For its part, Toyota issued a statement saying it hasn't heard of any change in plans from the Olympic organizers, and thus, there is "no change of plans for Toyota as well."

But global skepticism and concern are spreading as the coronavirus reaches new frontiers. The head of the French Olympic Committee told Reuters the global pandemic must be on the wane by the end of May to green-light the Summer Games.  But President Donald Trump, meanwhile, has said the crisis in the U.S. could drag into August. At the same time, Japan's Kyodo news agency reported that Canada's athletes' commission representative to the IOC called the committee "insensitive and irresponsible" for pushing ahead with the Summer Olympics. And a study of data from the Japan health ministry by Kyodo showed that the outbreak in Japan has not reached its peak yet.

A poll by the country's Asahi newspaper found that 63 percent of Japanese voters think the Summer Olympics should be postponed.

The IOC conceded that many athletes around the world will face difficulties securing their qualification for the games because of the social-distancing policies adopted to stem the spread of the coronavirus.

"Athletes are even finding it hard to continue their regular training schedules," the IOC said, noting that so far, only 57 percent of the athletes are qualified.

Calling off the games would be a huge hit to the Japanese economy and the government, which has positioned the games as a national pride project and economic stimulus. Tokyo, in particular, has been on a yearslong building boom to prepare for the Olympics.

But postponing them would also be a costly logistical nightmare.

Toyota meticulously timed product placement and unveilings for a slew of vehicles and new-mobility gadgets to the Olympics spotlight. The strategizing includes this year's launch of the second-generation Mirai, the svelte and sexy upgrade to Toyota's trademark fuel cell sedan.

Also in the works is the LQ, a self-driving electric vehicle equipped with a digital assistant designed to deliver a "personalized mobility experience." That car builds on the Concept-I exhibited in 2017 at CES in Las Vegas. Toyota planned to have a working version of the LQ ready for public test drives from June to September. And it previously said the vehicle will run as an escort vehicle for some events during the Olympics.

The question is whether these vehicles and others Toyota has on tap will still carry a "wow" punch if the Olympics are delayed to 2021 or later. And the ramifications reverberate far beyond Toyota. In the event of a delay or cancellation, any automaker that bought airtime during the Olympics would have to rethink that advertising pitch and its timing.

Japan has acted inconsistently to contain the coronavirus. The government canceled all schools throughout the month of March, for instance. Many companies have instituted teleworking policies, and public spaces are quieter and more subdued than normal.

But bars, restaurants and stores are still open, and there are no drastic shelter-in-place orders yet.

Japan reported last week that 1,728 people had tested positive for coronavirus, including 712 from the Diamond Princess cruise ship that was quarantined at the port in Yokohama, and 14 others evacuated from China by government charter flights, according to a tally by Kyodo.

The death toll in Japan stood at 29 people.

But as of last week, only 12,239 people in the country had been tested in this nation of 126 million, leading some to question whether the limited testing captures the true scope of transmission here.