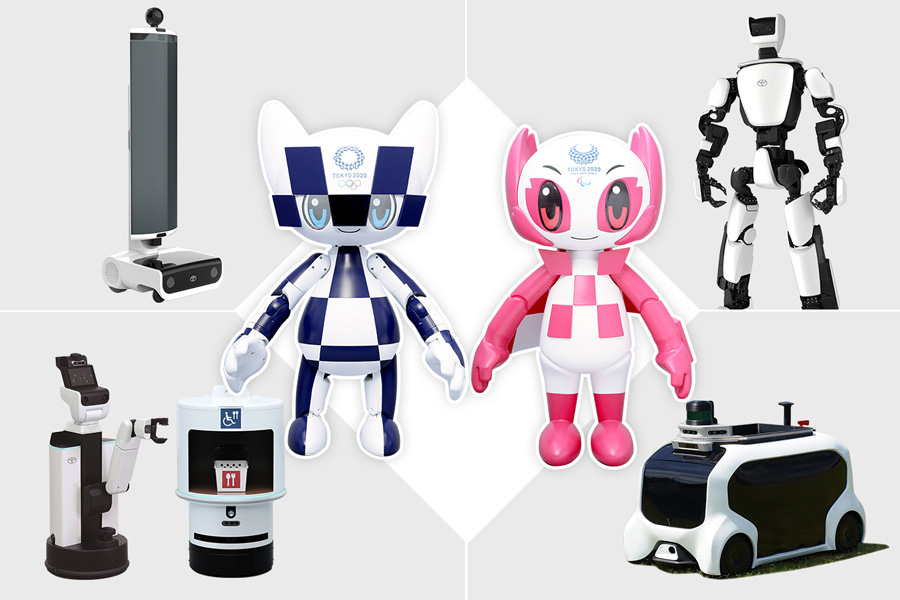 Toyota, as a top sponsor of next year's Summer Olympics in Tokyo, wants to roll out a fleet of high-tech robots that will take visitors to their seats, distribute drinks, retrieve thrown javelins from the field or even act as virtual immersive avatars for people unable to attend.

But last week's preview of the first wave of gadgetry shows much work left to be done.

Toyota has plowed billions of dollars into robotics and artificial intelligence for vehicles in recent years. But with just a year to go to the opening ceremony, engineers concede they must fine-tune some of their Olympics technology and aren't sure how some of it will even be used.

Consider the newly developed T-TR1. A remote location communication robot, it resembles an oversized upright vacuum cleaner with a tall vertical display screen where the dust bag would be.

The idea is to beam a life-size, real-time video of a person unable to attend the games onto the screen and have the robot roam the Olympic venues so the person can participate virtually. The human can interact with the surroundings through a 360-degree camera crowning the robot.

Yet, the current prototype can't drive itself autonomously. It has to be piloted remotely like a remote-controlled toy car. And Toyota still doesn't know how it will be deployed during the games, who might be selected to use it or even how many the company will end up producing.

The T-TR1 was developed by the Toyota Research Institute. That is the state-of-the-art, U.S.-based robotics and artificial intelligence unit created in 2015 with a $1 billion investment.

Then there is the FSR, short for field support robot.

This pint-sized runabout will be deployed at such events as the javelin, discus and hammer throw. About the size and shape of a tailgate cooler box, the four-wheeled FSR will scamper onto the field and take the thrown object back to the thrower's circle.

The robot showcases the integration of lidar, camera and GPS technology to pilot the FSR back to base autonomously, as a self-driving car would do. The idea is to relieve the burden on officials who would otherwise be lugging the projectiles back and forth under Japan's hot summer sun.

But live, walking humans must still guide the FSR to where the objects land, because the robot can't track them. And people must still pick up the objects and put them in the FSR's cargo bin.

The technologies unveiled here last week, lacked the pizazz of many of the future mobility concepts long speculated about. There were no autonomous pods, and definitely no flying vehicles for lighting the Olympic flame, as irresistibly imagined by local media.

The single vehicle Toyota rolled out among the robots seemed more utilitarian than utopian.

Japan's biggest and richest carmaker spent three years studying ground vehicles at the past two Olympics so it could improve transportation at the 2020 Tokyo Games.

Its solution amounts to building a better golf cart. Called the Accessible People Mover, or APM, the shuttle shown last week is a van-sized, open-air, three-row full-electric people mover that can seat five passengers and one driver. Toyota plans to deploy 200 of them to shuttle staff, athletes and special-needs visitors at the Olympics and Paralympics.

Toyota is taking a special interest in the games because it is a top Olympics sponsor and the official "mobility partner" of the Olympics and Paralympic Games.

Toyota has worked for years on a slew of so-called support robots in hopes of one day parlaying them into an actual business. At the Olympics, Toyota will also deploy human support robots and delivery support robots to take guests to their seats or distribute refreshments to spectators.

Hans Greimel is the Asia Editor for Automotive News