A look at this week’s winners, losers and newsmakers
READ THIS NEXT
Procter & Gamble adds Major League Soccer sponsorship to its NFL and Olympics deals 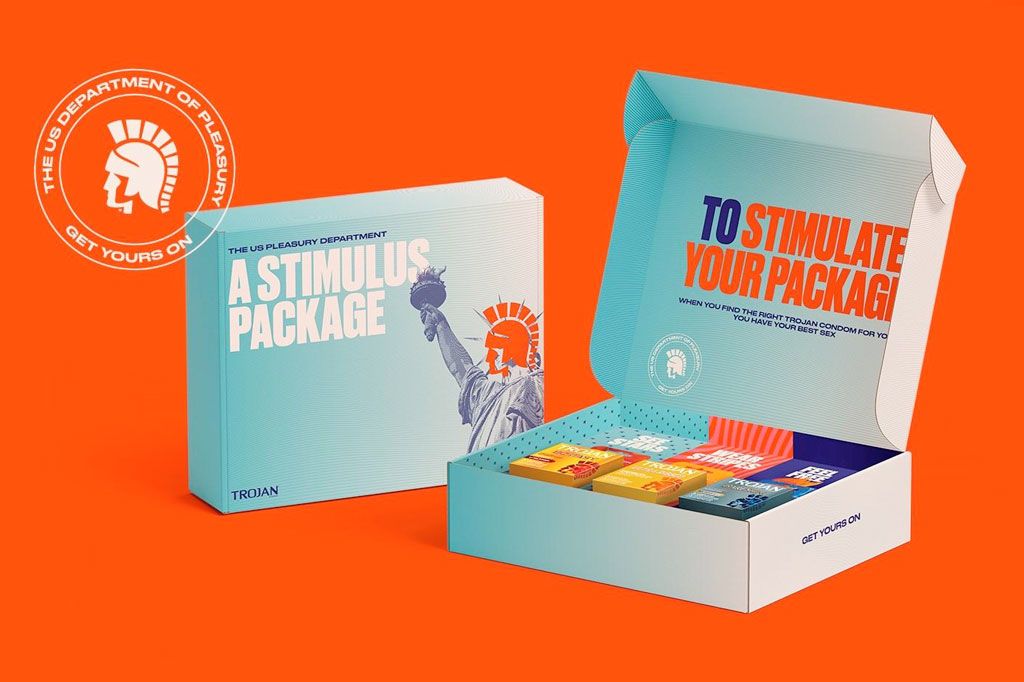 A look at this week’s winners, losers and newsmakers.

We’ve seen a lot of feel-good marketing efforts during the pandemic, but few have been more creative—and useful— than what Cox Communications and agency 180 L.A. put together for the Thurman White Academy of the Performing Arts in Nevada. The agency and cable and internet provider tapped Nexus Studios director Patrick Osborne to create an animated short via a virtual production that used facial capture technology to record students’ performances and convert them into an animated film called “Drawn Closer" that will debut on May 9 (Mother's Day) on Cox's Yurview. Read more on Creativity.

We are not ready to call Volkswagen’s “Voltswagen” April Fools’ Day stunt a total failure (at least not yet)—because the fact is it raised a lot of attention for the brand’s electric vehicle ambitions. But the company can’t be happy about the negative news coverage and criticism for taking the joke too far by lying to reporters, leading outlets like CNBC and USA Today to report it as true. “Never in our wildest dreams did we imagine it taking hold,” Scott Keogh, CEO of Volkswagen Group of America, told the Wall Street Journal. “If there’s any trust or credibility to be rebuilt from me, I’m going to do it.” But, he added: “It was a gag with humor, whether you like it or not. The upside is, obviously, the social response has been the biggest numbers we’ve ever seen.”

Speaking of April Fools’ Day, this look at the best and worst from brands on the holiday was among our top stories of the week based on reader engagement. Also drawing lots of interest was this look at how Nike is suing the creators of the “Satan Shoe,” a pair of Nike Air Max 97s customized with human blood and pentagrams.

Trojan has an idea for its own stimulus package. The latest in-house campaign for the Church & Dwight Co. brand, “Stimulate Your Package,” comes from its new “Pleasury Department,” but it’s not about lining your pockets. It’s about lining your, well, you know. The brand anticipates the “horniest summer ever” as the nation emerges from COVID-19 restrictions and is offering free boxes of Trojan condoms to grease the skids of recovery. Actually, Church & Dwight Chief Marketing Officer Britta Bomhard already predicted to analysts a rebound for the brand as colleges resume in-person classes this fall, so maybe this extra round of stimulus will just, um, overheat things.

Ice Cube is now telling investing app Robinhood to “Check Yo Self.” On Wednesday, the rapper, whose real name is O’Shea Jackson Sr., filed a federal lawsuit accusing the app of using his image to promote its products without his consent, claiming the app has damaged his reputation in the act.

The complaint calls to attention the blurring of editorial vs. branded content. It states that Robinhood ran an ad on its Robinhood Snacks website and app using Ice Cube’s image with an altered version of his catch phrase “Check Yo Self.” The rapper wrote in the lawsuit that he believes the app is using his image to retaliate against him because his business partner, civil rights attorney Jeff Kwatinetz, was involved in another lawsuit against the app over its decision to limit GameStop stock trading. Robinhood product communications lead Lavinia Chirico told Yahoo Finance this week that the image was used for editorial, and not commercial, purposes.

It’s the latest battle Robinhood has dealt with: In December, the app agreed to a $65 million settlement over claims it misled customers about the sources of its revenue, and in February, Robinhood had to testify to Congress over its role in the GameStop trading debacle.

2,200: The job increase in the advertising, public relations and related services sectors in March, marking the second month in a row of growth after the sectors reached a pandemic low in January. Read more here.

“In a world of electric mobility, drivers will no longer drive to fuel, but they will fuel where they drive.”—Drew Lipsher, chief strategy officer of electronic vehicle charging station operator Volta Charging, on how the rise of EVs will change consumer habits. Learn more in our weekly “Marketer's Brief” podcast.

Mtn Dew is out with a mobile game featuring Zion Williamson, capitalizing on the basketball player’s first year as an NBA All-Star, and his growing popularity. In the game, “Zion Shoots, You Score,” fans can play as the New Orleans Pelicans’ power forward by tilting their phones to take shots. Those who beat Williamson’s own in-game score can win weekly prizes, a chance to play against Williamson over Zoom and the opportunity to be one of 14 players to be selected to attend the 2022 NBA Finals presented by YouTube TV.

People can access the game at MTNDew.live on their mobile phones or scan QR codes on store signage at select retailers until May 25. The game actually soft-launched last year but all marketing was postponed due to the pandemic. The delay actually became a blessing in disguise: “It allowed us to go back in and increase game features like weekly awards,” says Chauncey Hamlett, VP and chief marketing officer for PepsiCo Beverages North America. 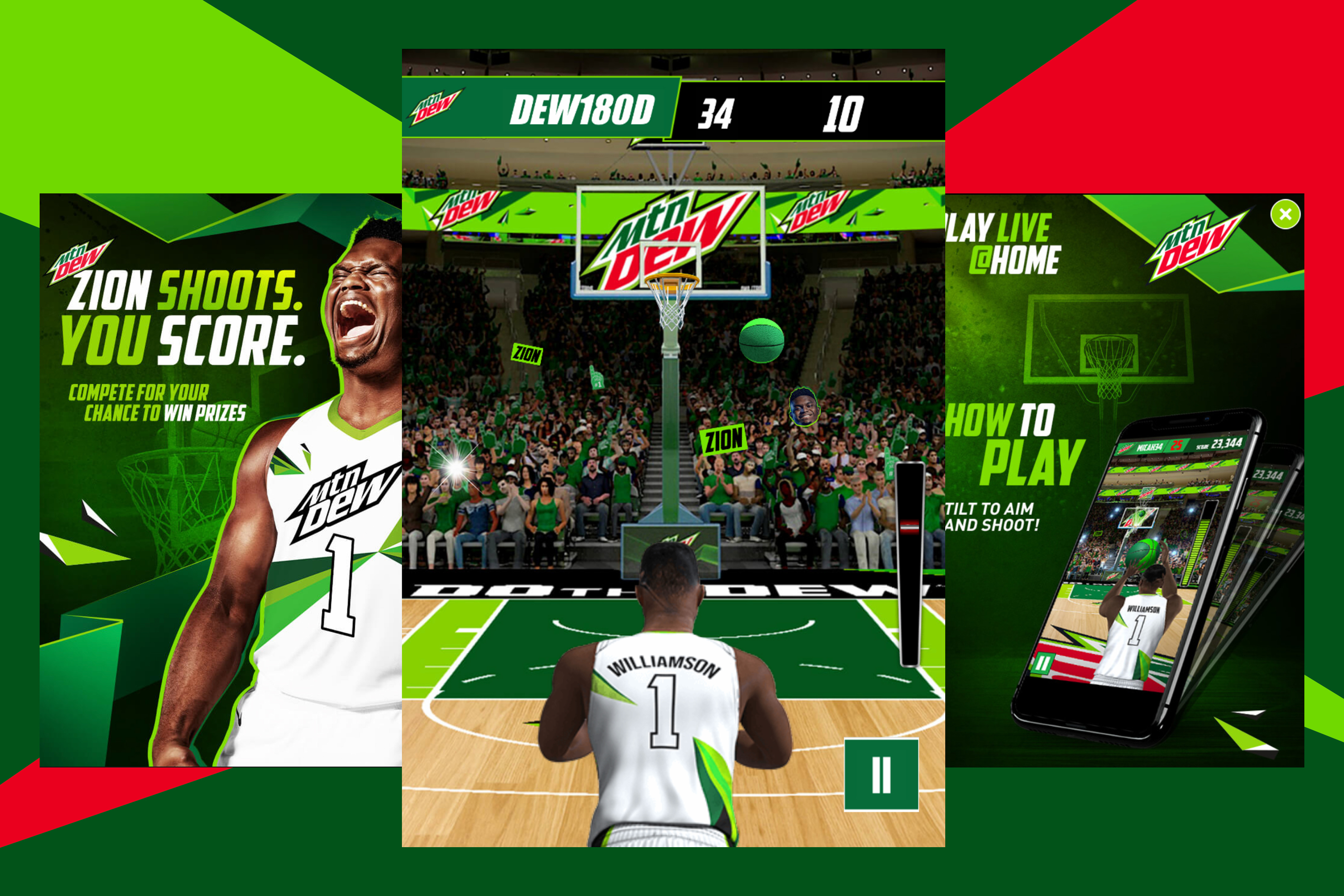 Chase goes for the Hart

Chase is tapping Kevin Hart for a series of digital episodes created to help consumers with their finances. In the four-episode series, which is called “Hart Of It All,” the actor and comedian offers money coaching advice. This is not the first time he’s teamed up with the banking giant. Two years ago, Hart starred in a Chase campaign promoting its Chase Freedom Unlimited credit card.

Online home retailer Overstock appointed Elizabeth Solomon as chief marketing officer. She was most recently at Amazon, where she worked as head of marketing for the e-commerce giant’s global private brands portfolio.

Crocs promoted Heidi Cooley to senior VP and CMO from her previous role as head of global marketing.

Logitech promoted Najoh Tita-Reid into the CMO role. She was previously the global commercial marketing head for B2B and consumer retail. Read more from her LinkedIn announcement.