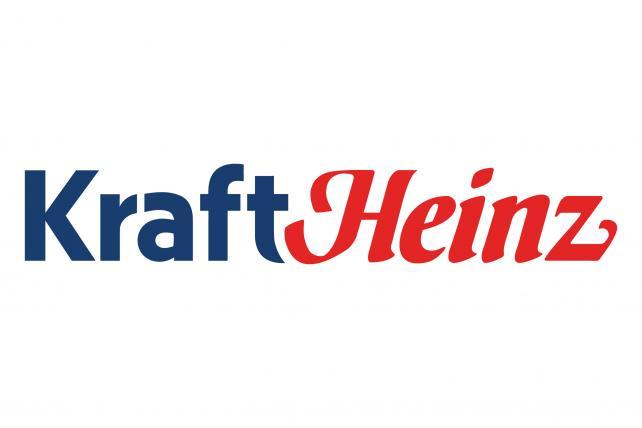 Kraft Heinz Co.'s latest takeover aspirations have been thwarted, for now, as Unilever rejected a $143 billion proposal to combine the two consumer goods giants, a mega deal that would bring everything from Heinz ketchup and Kraft macaroni and cheese to Dove soap and Lipton tea under one international roof.

Kraft Heinz itself is the product of the major 2015 merger of Kraft Foods Group and H.J. Heinz, a deal pulled together by 3G Capital and Berkshire Hathaway.

Since then, Wall Street has been anticipating that Kraft Heinz, with the financial backing of 3G, would seek to grow its bottom line through massive cost cutting and its revenue through acquisitions. Until now, the prevailing thought was that Kraft Heinz, the world's fifth-largest food and beverage company, would add more U.S. food makers to its portfolio. The most likely deal analysts have suggested is for Kraft Heinz to buy Mondelez International, which split from the Kraft Foods business in 2012. General Mills, among others, has surfaced in the past as a potential target for Kraft Heinz.

Now it is clear that Kraft Heinz's eye for deals stretches further, both in terms of geography and product lineup.

Unilever on Friday said Kraft Heinz's offer of about $50 per share "fundamentally undervalues Unilever." The deal represented about an 18% premium to Unilever's stock price as of Thursday.

"Unilever rejected the proposal as it sees no merit, either financial or strategic, for Unilever's shareholders," the Anglo-Dutch company said in a statement. "Unilever does not see the basis for any further discussions."

Still, Kraft Heinz appears poised to continue to push for a deal to go through.

"While Unilever has declined the proposal, we look forward to working to reach agreement on the terms of a transaction," Kraft Heinz said in a statement Friday. "There can be no certainty that any further formal proposal will be made to the boards of Unilever or that an offer will be made at all or as to the terms of any transaction."

Unilever said Kraft Heinz offered $50 per share, a mix of $30.23 in cash and 0.222 shares per Unilever share, giving the deal a total value of about $143 billion. Analysts said Kraft Heinz would likely raise its offer, but noted that even a higher bid might not be enough for Unilever's approval.

"We don't see the logic or the opportunity around this transaction, at least in relation to a large-scale packaged food company," Stifel analyst Christopher Growe said in a note to clients, adding that Unilever's varied assets, brands and categories would appear to make this "a difficult business to integrate and manage."

The deal would give Kraft Heinz a nice dose of exposure to fast-growing emerging markets, he and others noted. Unilever gets 57% of sales from emerging markets. Its North America business accounts for about $9.6 billion out of $55.9 billion in global sales. Latin America is $8.5 billion. Europe is $14 billion.

Still, the addition of so many household products brands would add complexity to a business that was already narrowing its focus. On Wednesday, Kraft Heinz posted fourth-quarter sales that rose 1.6% excluding a variety of factors, and said it now expected to find $1.7 billion in savings related to its 2015 merger, up from a prior target of $1.5 billion. CEO Bernardo Hees said his company, the 79th largest U.S. advertiser, planned to focus globally on three key brands: Heinz, Kraft and Planters; and on five categories: condiments and sauces, cheese, meals, nuts and baby food.

The Kraft Heinz overture adds to pressure on Unilever, the second biggest global advertiser, to cut costs, which it already was doing thanks at least in part to the pressure on all industry players from 3G's aggressive cost-cutting tactics. Unilever's current efficiency program, dubbed Connected 4 Growth, or 4G for short, seems styled as one-upping 3G on cost cutting and efficiency. Rival Procter & Gamble Co. too has put together presentations in the past year comparing its cost-cutting efforts favorably to what 3G has accomplished at Kraft Heinz.

The Unilever program aims at driving core sales by focusing on high-growth segments among other things, evolving its portfolio through such recent acquisitions as Dollar Shave Club and Seventh Generation, developing e-commerce, and aggressive cost cutting. The latter has included instituting zero-based budgeting, moving faster to more efficient digital marketing, and aiming to make promotion spending with retailers more efficient.

As a practical matter, Unilever also squeezed marketing spending last year, with a 0.4 percentage-point reduction in its "brand marketing investment" as a percentage of sales to 14.6%, accounting for most of the company's 0.5 percentage-point improvement in operating margin, the first time since 2011 that Unilever has cut marketing spending as a share of sales. Zero-based budgeting was largely responsible for that marketing belt-tightening, but unlike years past, when Unilever put savings from reducing agency fees into media spending, it took the savings to the bottom line.

Household and personal care, which were smaller than food and beverage when CEO Paul Polman took over the company in 2009, are now 57% of company sales at $32 billion annually. The food and beverage businesses, if they were to be split off, would be just under $24 billion in sales.

Unilever has been under pressure to sell off its margarine and spreads business, which it put into a separately operating business unit two years ago, but Mr. Polman said in January the company had no plans to divest that business given its profitability. The foods business, while it's been shrinking relative to the rest and growing slower than personal, home care or beverages, was the only unit overall to outperform analyst expectations last quarter with 2.1% organic sales growth.

The past two quarters, Unilever's sales growth has fallen short of analyst expectations, and last quarter's 2.2% organic sales growth saw revenue fall short of expectations in every part of the company except food. Mr. Polman blamed the recession in Brazil and internal currency controls in India among factors that hurt the company.