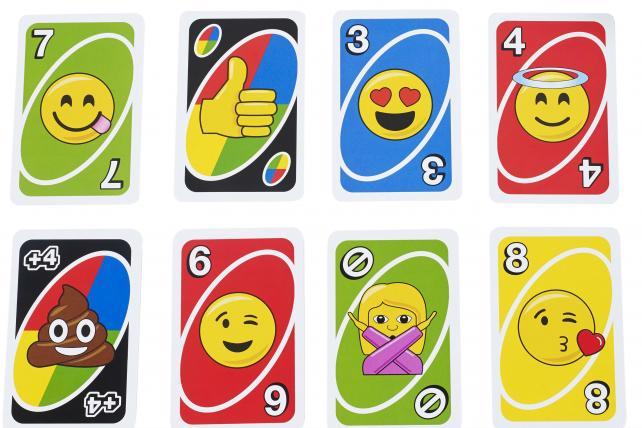 Uno can now say it truly is "Uno!"

The Mattel-owned classic card game, founded in 1971, has risen to the top of the games category (excluding trading cards). This is the first time in at least three years that the card game has occupied the coveted spot, according to new tracking data from market research firm NPD Group Inc., shoving aside well-known games like Monopoly.

Uno sales were up more than 20% in the first half of 2017 compared to the year-earlier period, Mattel said.

A combination of factors, including increased distribution, higher-level entertainment partnerships and a crowd-sourcing marketing initiative have helped the $5.99 paper product win in a digital age.

"This is a big year for games—people are putting down the phones," said Chris Byrne, a toy industry consultant and content director at TTPM—Toys, Tots, Pets & More, adding that Uno, made of paper and ink, is inexpensive to produce and therefore a high-margin enterprise.

The game recently began selling in value chains like Dollar General and, to move beyond the toy aisle, has a pilot program underway with 7-Eleven.

Uno is also exploring new partnerships, including with sports teams, to widen its reach. It has worked with films such as Despicable Me and Harry Potter on branded versions, and recently unveiled an Emoji game. Adler noted the company is marketing such versions in a bigger way by an increased emphasis on social media.

It's also in the final stages of "Getting Wild for Uno," a campaign that asked players to create their own wild card rules.

Adler noted that Mattel has spent recent months halving its production cycle to between three and four months in order to better react to trends like emojis—a similar strategy to apparel brands emulating the success of fast-fashion players such as H&M and Zara.

After losing the high-profile franchises Frozen and Disney Princesses to Hasbro last year, Mattel, which hired former Google executive Margo Georgiadis as chief executive earlier this year, could use Uno's strength. The toy giant has seen sales falter in recent years. Last week, it reported a 2% increase in second-quarter revenue to $974.5 million over the year-earlier period, along with net loss of $56.1 million. By contrast, rival Hasbro saw second-quarter revenue grow 11% to $972.5 million. Earnings were $67.7 million.